Suicide attack at coalition base in Iraq is foiled 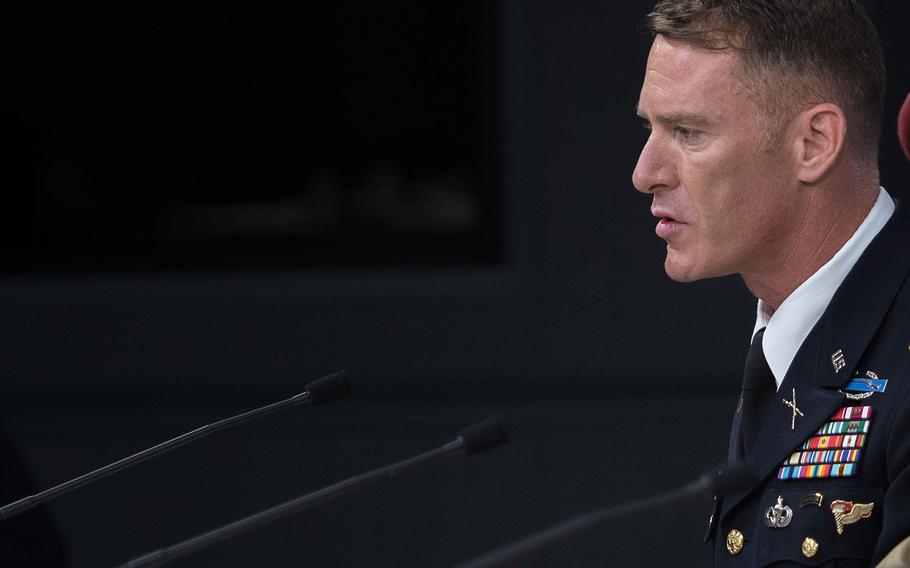 An Islamic State suicide attack on a coalition base in northern Iraq was foiled Saturday without Iraqi or coalition casualties, officials said.

U.S. Army Col. Ryan Dillon, the coalition spokesman, said on Twitter that one attacker prematurely detonated a suicide vest and two others were shot dead.

The U.S.-led coalition said in a statement that the trio, armed with suicide vests and small arms, tried to attack a base near the northern town of Hawija late on Saturday.

It did not specify the location, but a source with the Kurdish forces, known as peshmerga, told the Iraqi Kurdistan-based news agency BasNews that the attack occurred at a base set up earlier this month in a village south of Makhmour to help coordinate between Iraqi and Kurdish forces.

A military offensive is expected to begin soon to liberate Hawija -- located some 40 miles southwest of Kirkuk and 25 miles south of Makhmour. It's one of the last remaining Islamic State-held areas in the country after U.S.-backed Iraqi forces drove the militants from their last major urban stronghold of Mosul this summer. The extremists have seen their territorial control reduced to about one-tenth what it once was, but the group has shown it is still capable of conducting attacks as its physical "caliphate" shrinks.

An attack Thursday on a checkpoint and restaurant near the city of Nasiriyah in southern Iraq killed more than 80 people and wounded dozens of others.

It's unclear whether the militants are responsible for a fatal nighttime attack Saturday in a Kirkuk neighborhood. That attack, near a popular park, killed at least three civilians and wounded nine more, according to local media.

Kirkuk is in disputed territory claimed by both Iraq's central government in Baghdad and the Kurdish region's autonomous government in Irbil. The provincial council there voted to take part in Kurdistan's referendum on independence later this month. Many fear tensions between Kurds and Arabs in the area could turn violent, and U.S. and other allies have urged a delay on the independence question to keep the country united and focused on the fight against ISIS in its last remaining enclaves.