Soldier from Indiana dies in noncombat-related incident in Iraq 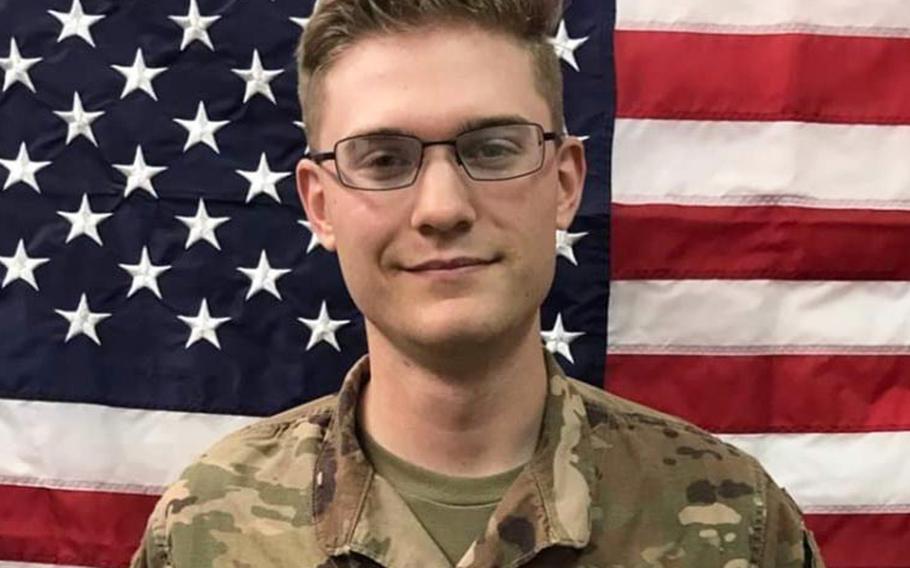 WASHINGTON— Sgt. Christopher Wesley Curry, a 23-year-old soldier from Terre Haute, Ind., died Monday in a noncombat-related incident in Irbil, Iraq, according to the Pentagon.

The incident is under investigation, though a coronavirus-related illness was not suspected in the death, the Operation Inherent Resolve coalition said Tuesday in a statement.

“Sgt. Curry's incessant optimism was the hallmark of his personality, and often provided respite for others during times of stress. His honesty, light heartedness, and wit will always be remembered by his brothers in arms,” Lt. Col. Jimmy Howell, the commander of 3rd Battalion, 21st Infantry Regiment, said in the statement.

More than 90 U.S. service members have died as part of the coalition to train, advise and assist Iraqi and Syrian partner forces fighting the Islamic State, Pentagon data shows.

This year, there have been seven coalition fatalities in Iraq and one in Syria. Of those, four Americans and one British soldier were killed in combat incidents — all in Iraq in early March.

The most recent noncombat death before Monday happened March 30, also in Irbil, where foreign troops are housed on a base at the international airport on the city’s outskirts.

Sgt. 1st Class John David Randolph Hilty, 44, died in that incident, which the coalition said at the time was not believed to be linked to the coronavirus.

The investigation into Hilty’s death was “open and ongoing,” said Chris Grey, spokesman for the U.S. Army’s Criminal Investigation Command in Quantico, Va.