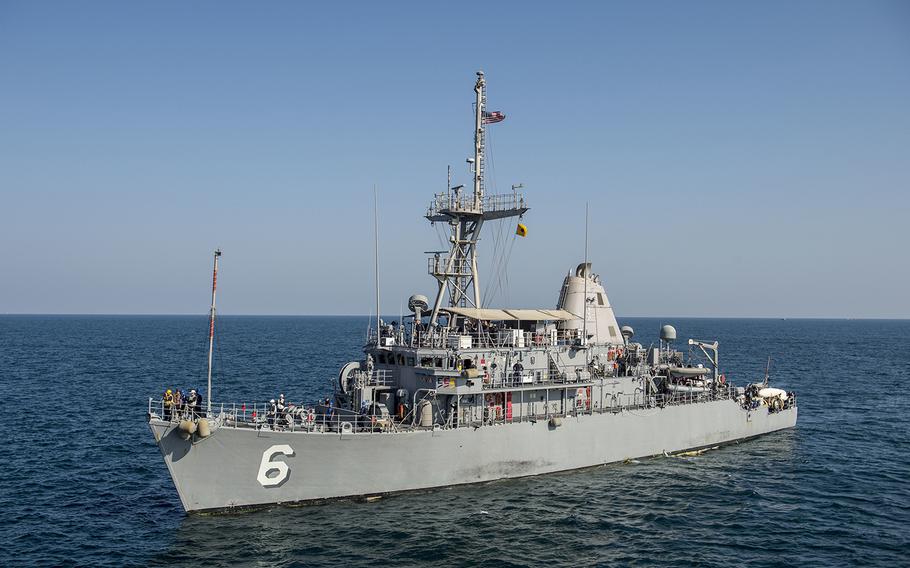 Sailors from five ships and Naval Support Activity Bahrain’s fire department teamed up to put out a fire aboard USS Devastator.

The fire aboard USS Devastator started Thursday evening while the mine countermeasures ship was pierside at NSA Bahrain, the U.S. Navy's 5th Fleet said in a statement. The fire department and sailors from USS Devastator, USS Sentry, USS Dextrous, USS Whirlwind and USS Gladiator responded to the fire and had it out within an hour.

No one was injured, the extent of the damage is being assessed, and the cause of the fire is under investigation, according to 5th Fleet.