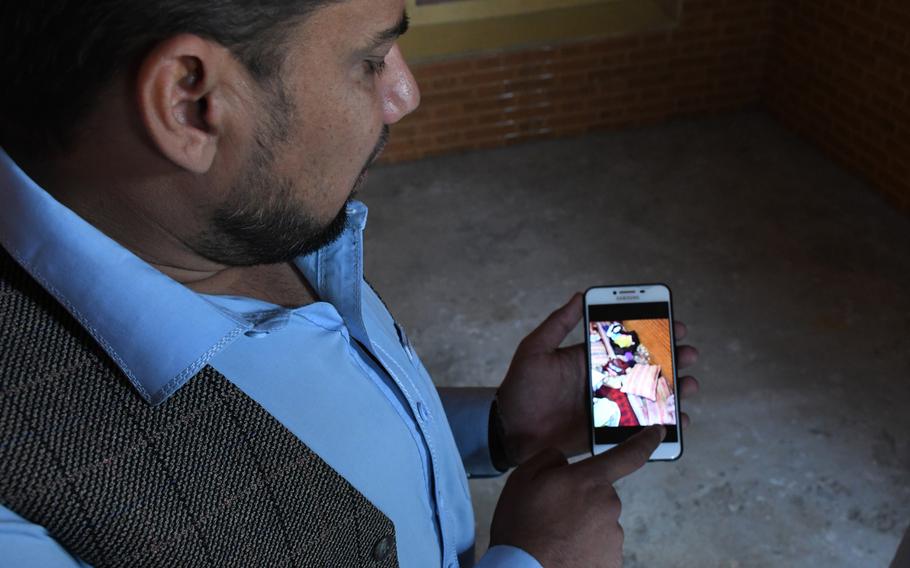 Mohammad Ibrahim on Sunday, Oct. 27, 2019, shows photos on his mobile phone of the night he found his four nephews shot dead at their home in Jalalabad. (Phillip Walter Wellman/Stars and Stripes)

Mohammad Ibrahim on Sunday, Oct. 27, 2019, shows photos on his mobile phone of the night he found his four nephews shot dead at their home in Jalalabad. (Phillip Walter Wellman/Stars and Stripes) 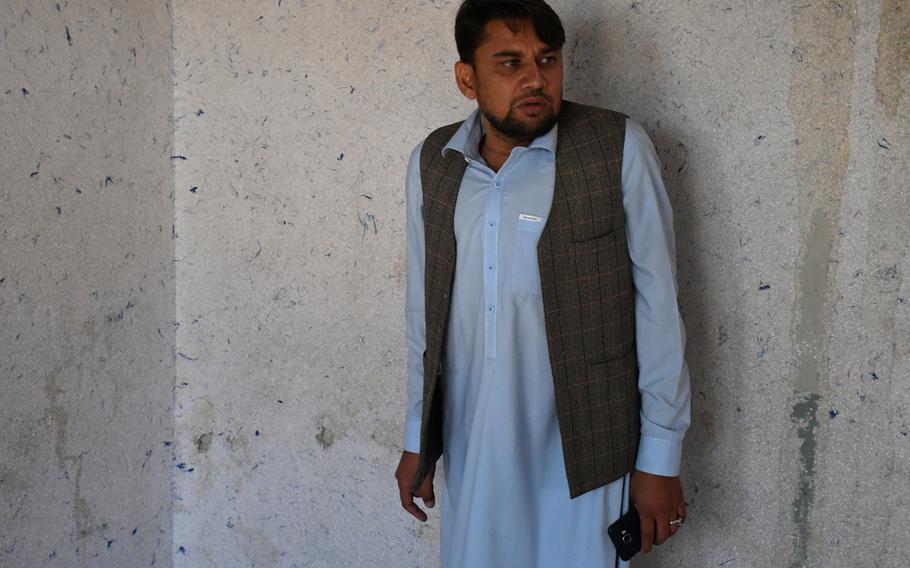 Mohammad Ibrahim on Sunday, Oct. 27, 2019, visits a house in Jalalabad where he found his four nephews murdered less the two months before. (Phillip Walter Wellman/Stars and Stripes) 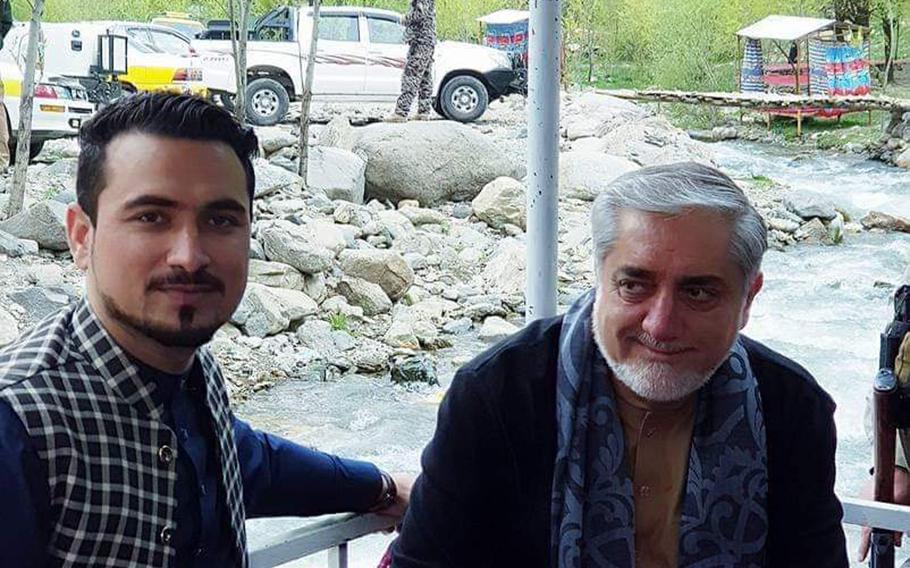 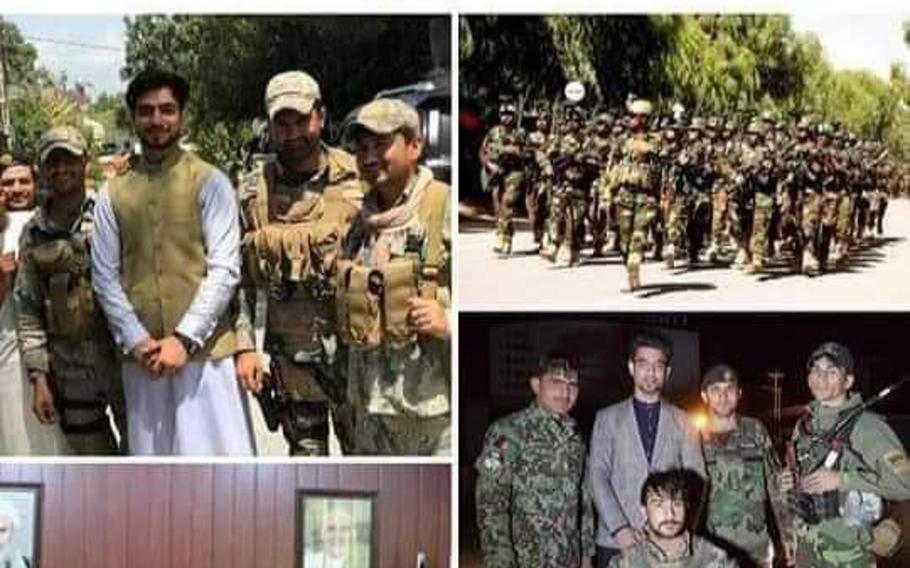 A social media post by Abdul Saboor Zakhilwal shows his support for Afghanistan?s security forces before he and this three brothers were killed in September by a CIA-backed paramilitary group. (Photo provided by family) 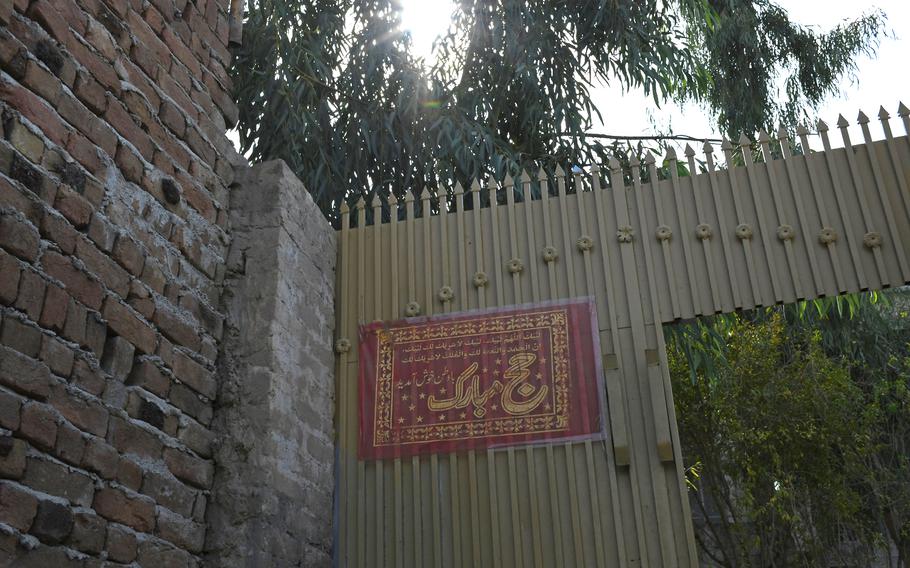 A sign to celebrate a family member???s pilgrimage to Saudi Arabia still hangs at a house in Jalalabad on Sunday, Oct. 27, 2019, nearly two months after the celebration. On the night of the celebration, a CIA-backed paramilitary group stormed the house, killing four brothers. (Phillip Walter Welllman/Stars and Stripes) Jalalabad on Monday, Oct. 28, 2019. The city is the capital of Nangarhar province, which is home to more Islamic State fighters than any other province in Afghanistan. (Phillip Walter Wellman/Stars and Stripes)

JALALABAD, Afghanistan — The U.S. has trained and supported paramilitary groups in Afghanistan that have committed summary executions, forcibly disappeared people and have been behind more than a dozen serious abuse cases in the last 18 months, a human rights organization said Thursday.

Afghan strike forces, which have been accused of raiding medical facilities and killing civilians in night raids on their homes, sometimes in front of their families, are largely trained and overseen by the CIA, Human Rights Watch said in a report released Thursday.

The report follows a strike force raid last month in eastern Nangarhar province that resulted in the deaths of four brothers, prompting Afghanistan’s president to announce a rare investigation into paramilitary actions.

U.S. special operations forces lent to the CIA often accompany the paramilitaries on the raids, and the U.S. military regularly provides logistical and tactical support for the operations, including airstrikes that have “indiscriminately or disproportionately killed Afghan civilians,” the report said.

“They are illustrative of a larger pattern of serious laws-of-war violations — some amounting to war crimes — that extend to all provinces in Afghanistan where these paramilitary forces operate with impunity,” Human Rights Watch said.

The CIA said Human Rights Watch did not provide enough time to study the allegations in the report, but that it conducts its operations “in accordance with law and under a robust system of oversight.”

Many claims against the forces were “false or exaggerated,” citing Taliban propaganda efforts aimed at discrediting the U.S. and the Afghan government, the CIA said in a response included within the report.

The U.S. military in Afghanistan said in a statement that is was committed to reducing violence in the country and that it was “fighting in a complex environment against those who intentionally kill and hide behind civilians.” It declined to answer specific questions about its association with the paramilitaries.

Some civilians were killed by the paramilitaries because they were misidentified, sometimes with intelligence and surveillance provided by the U.S., according to the report, which examined cases between late 2017 and August 2019.

One case in central Wardak province involved a U.S. airstrike that killed 12 civilians, all of whom were women and children from the same family, the report said.

Meanwhile, the eastern Nangarhar raid last month gained attention across the country. The main local paramilitary group — the 02 Unit of the National Directorate of Security — stormed the home of a family that was celebrating the eldest son’s return from a religious pilgrimage to Saudi Arabia.

The son’s four brothers were separated from the rest of the family by the paramilitary as guests were leaving the celebration, their uncle Mohammad Ibrahim said during an interview with Stars and Stripes in the provincial capital of Jalalabad.

All four were found dead several hours later. Photos that Ibrahim took at the scene show the brothers with bullet wounds to the head and the chest, while two of them had additional bruises and knife wounds.

“Why did they have to do this?” Ibrahim said in the now abandoned house. “They were all ordinary people. If they would have sent a policeman and said, ‘come, we want to talk to you,’ they could have easily brought them in for questioning.”

The National Directorate of Security in a Sept. 5 statement said the slain men were Islamic State group facilitators, and that their deaths had thwarted a planned attack in Jalalabad.

However, people who knew the victims rejected the claim, citing pro-government social media messages made by some of the brothers. Nangarhar’s governor called the killings a mistake and Afghan Chief Executive Abdullah Abdullah visited the family to express his condolences.

President Ashraf Ghani pledged to investigate the brothers’ deaths. Thus far, Human Rights Watch said in its report that it was unaware of any cases where paramilitaries were held accountable for crimes.

“As these forces commit serious abuses without accountability, they foster an environment that contributes to, rather than reduces, general lawlessness and distrust of the government in the areas in which they deploy,” the report said.