Remembering US troops who died in Iraq and Syria in 2020 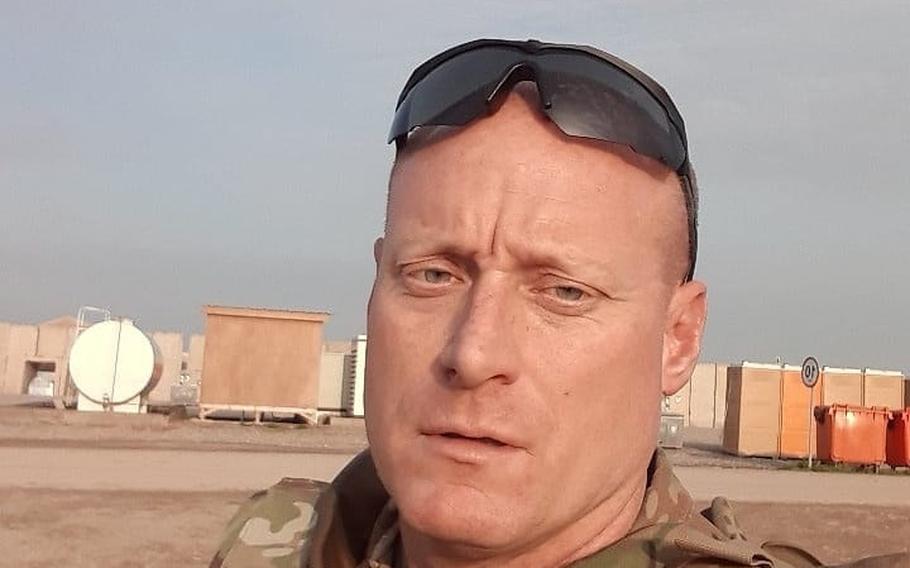 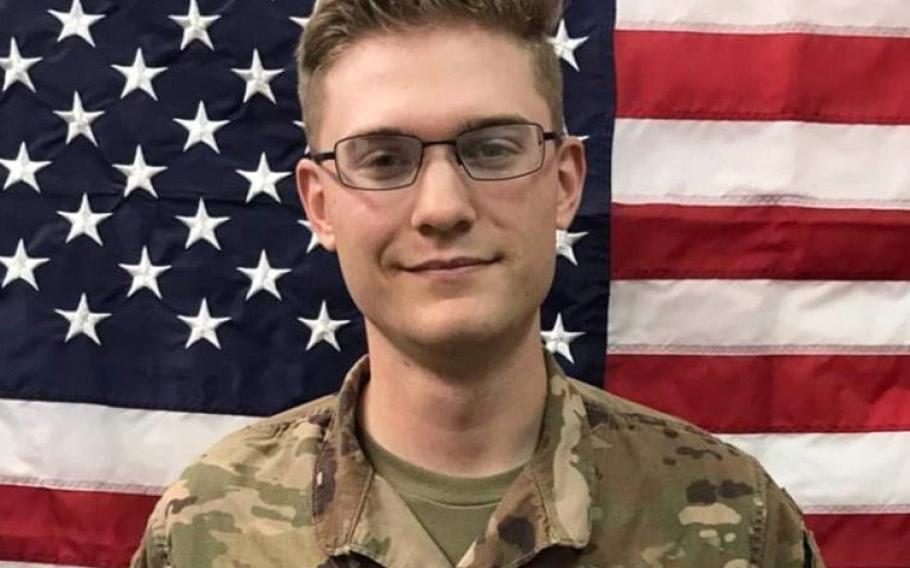 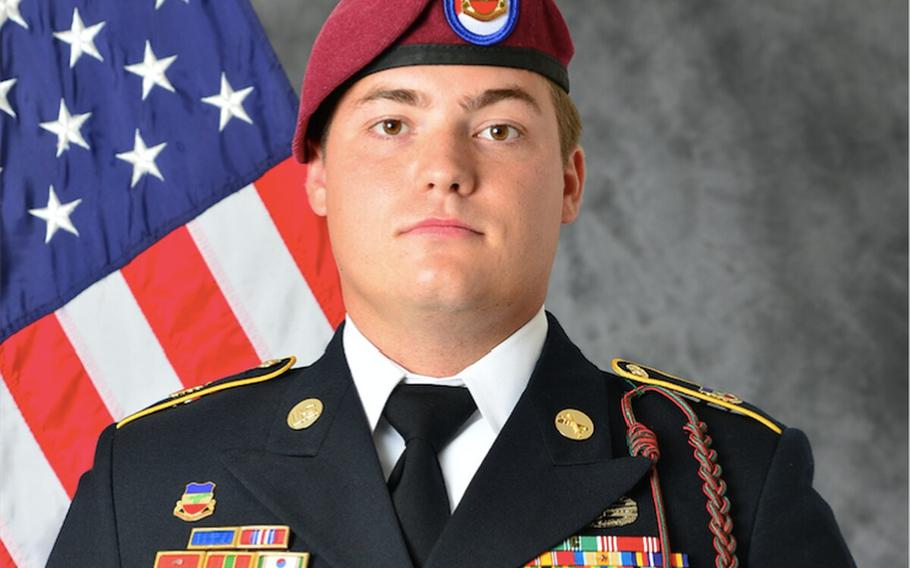 Sgt. Bryan “Cooper” Mount, 25, of St. George, Utah, was killed Tuesday when his mine resistant ambush protected all-terrain vehicle rolled over while on a security patrol in northeastern Syria. (U.S. ARMY) 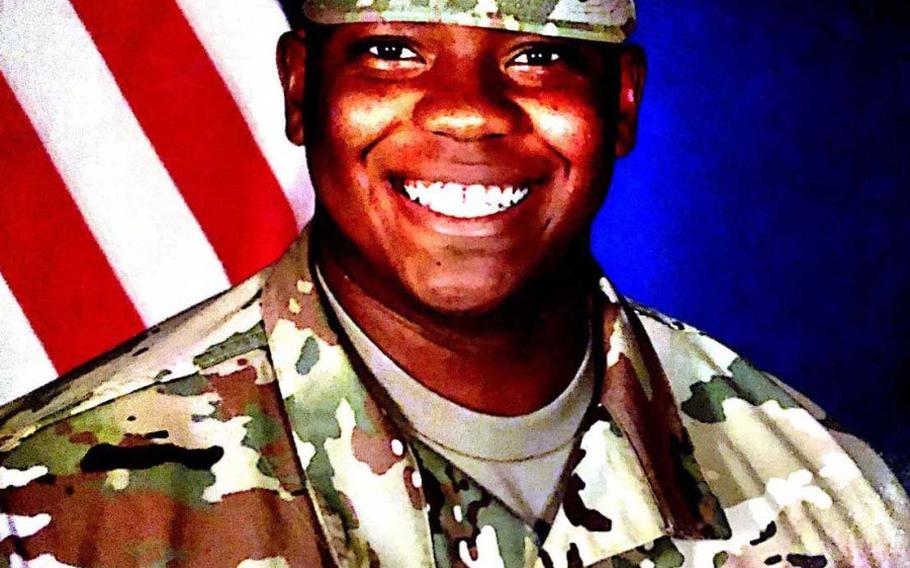 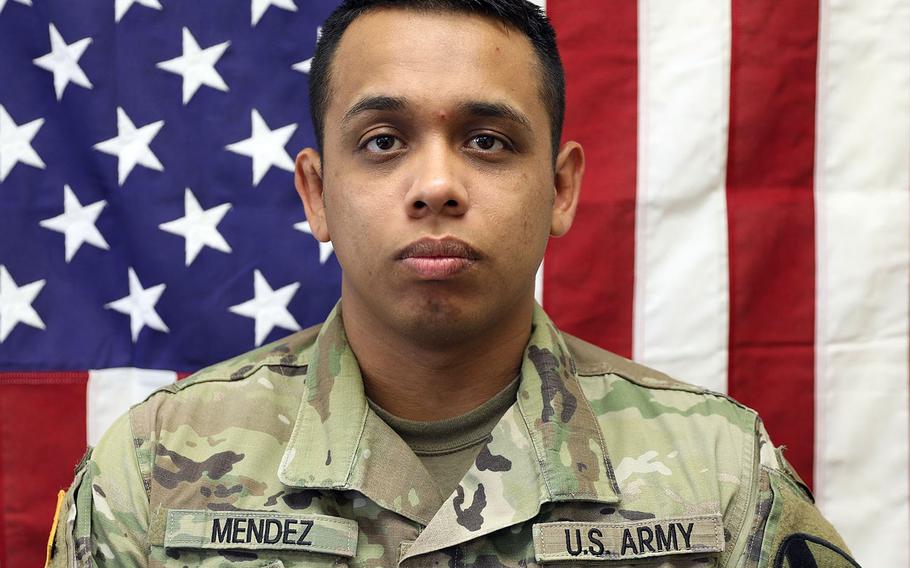 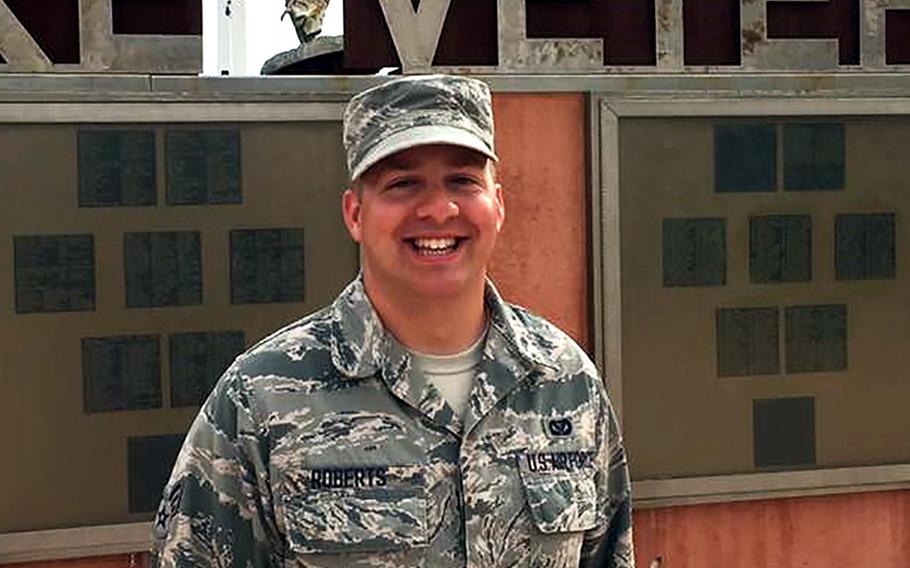 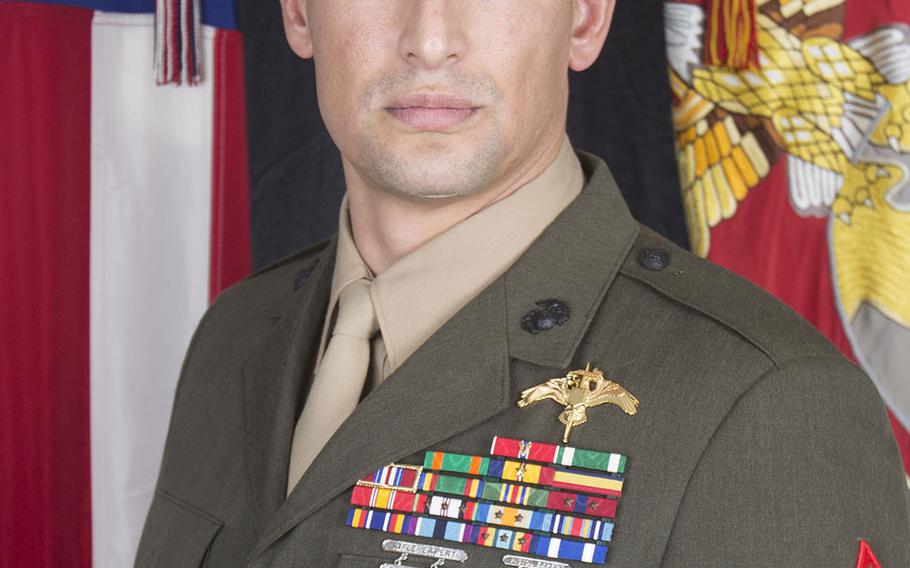 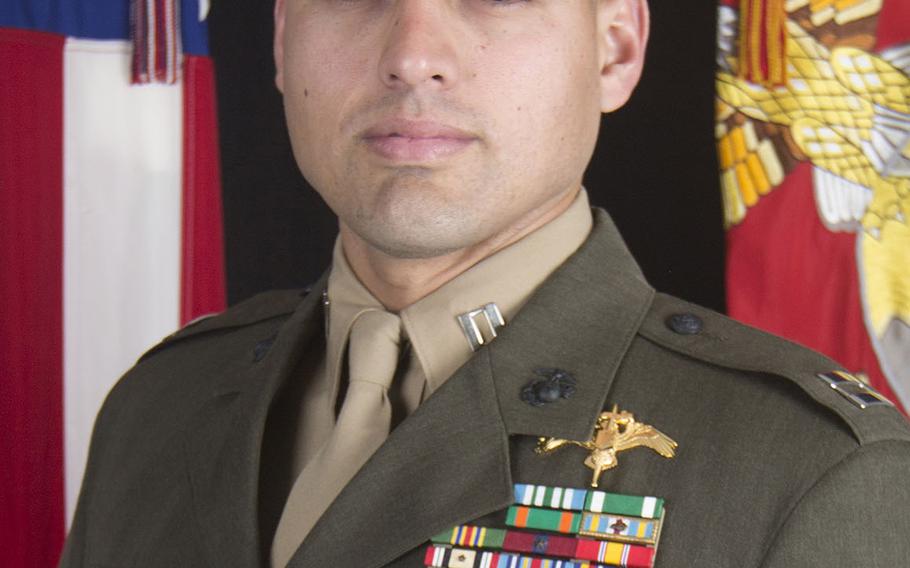 Capt. Moises A. Navas, a special operations officer from Germantown, Md., suffered fatal wounds while accompanying Iraqi Security Forces during a mission to eliminate an ISIS stronghold in a mountainous area of north-central Iraq. He was 34 years old and assigned to 2nd Marine Raider Battalion. (U.S. Marine Corps)

Four U.S. service members were killed during hostilities and four others died in noncombat incidents in Iraq and Syria in 2020 as America wound down its role in the fight against the Islamic State group.

The eight deaths last year bring to 99 the number of American troops who have died while taking part in the U.S.-led coalition battling ISIS since it began a little over six years ago. Twenty-one were killed in combat and more than 235 have been wounded in action.

All four combat deaths happened in March, two during an operation against ISIS in northern Iraq and two in a rocket attack on Camp Taji, near Baghdad. A British soldier was also killed and 14 troops were wounded in the rocket attack, which the Pentagon has blamed on pro-Iran Shiite militias.

The U.S. is expected to reduce troop numbers in Iraq to around 2,500 by mid-January. Hundreds of troops are expected to remain in eastern Syria.

Antonio I. MooreSpc. Antonio I. Moore, 22, of Wilmington, N.C., died in Deir al-Zour province, Syria, on Jan. 24, when his vehicle rolled over during route clearance operations, the Pentagon said. Moore was assigned to the Army’s 363rd Engineer Battalion, 411th Engineer Brigade, out of Knightdale, N.C.

“Antonio was one of the best in our formation,” Lt. Col. Ian Doiron, the battalion’s commander, said in a statement at the time.

Moore, who was on his first deployment since enlisting in the Army as a combat engineer in May 2017, was survived by his mother, stepfather, three brothers and one sister, the Vicksburg, Miss.-based 412th Theater Engineer Command said in a statement.

His awards and decorations include National Defense Service medal and the Army Service Ribbon.

Diego D. PongoGunnery Sgt. Diego D. Pongo, 34, of Simi Valley, Calif., was killed on March 8 alongside another special operations Marine during a joint U.S.-Iraq raid to destroy an ISIS hideout in a mountainous area of northern Iraq.

“They were intelligent, courageous and loyal,” said Col. John Lynch, head of Marine Raider Regiment, to which both men were assigned. “They were also family men.”

Pongo, a member of 2nd Marine Raider Battalion out of Camp Lejeune, N.C., joined the service in 2004 and had served eight years with the elite Raiders. He was an advanced sniper, a foreign weapons instructor and a combat marksmanship leader.

Like Pongo, he joined the Marines in 2004 and was with the 2nd Marine Raider Battalion. He earned his commission through an enlisted-to-officer program in 2010 and served as an infantry officer before becoming a Raider in 2016.

“They were dedicated leaders, true professionals in their craft, and willing to go above and beyond for the mission and their team,” said Lynch, their regimental commander.

He and Pongo were killed while accompanying Iraqi forces on a mission during which they discovered a well-defended cave complex in the mountains. About two dozen ISIS fighters were reportedly killed in the firefight.

Roberts joined the service in May 2014 and was the senior personnel noncommissioned officer on the deployment with the 219th Engineering Installation Squadron of the Oklahoma Air National Guard’s 138th Fighter Wing, which is headquartered in Tulsa.

Roberts was a “dedicated Airman, mentor and leader,” said Col. Michael Meason, commander of the wing, where Roberts’ wife also served. The couple had an 8-year-old daughter.

“We are devastated by the loss of Staff Sgt. Roberts who served selflessly and with honor,” said Maj. Gen. Michael Thompson, Oklahoma’s adjutant general.

The signal support systems specialist joined the Army in 2018 and served with the brigade’s 1st Battalion, 227th Aviation Regiment since March 2019. He deployed in support of Operation Inherent Resolve in October 2019.

“The regiment and his fellow Soldiers are grieving the loss of a true warrior,” his battalion commander Lt. Col. Adam S. Camarano said in a statement expressing condolences to his friends.

John David HiltySgt. 1st Class John David Hilty, a 44-year-old soldier from Bowie, Md., died in a noncombat incident on March 30 in northern Iraq, a few months before he was expected to retire.

“He was an exceptional leader who will be sorely missed throughout the entire formation,” said 1-227th commander Lt. Col. Adam Camarano.

The father of a son who was born around the time of his third deployment to Afghanistan in late 2008, Hilty joined the Army as a combat engineer in April 1999 and deployed to Iraq in October 2019.

“His honesty, light heartedness, and wit will always be remembered by his brothers in arms,” said Lt. Col. Jimmy Howell, the battalion commander.

His father, Michael Curry, served 22 years in the Army, and his two brothers are in the service.

“Being in the military, I have lost friends who I consider family,” Michael Curry told Terre Haute’s Fox 10 television news, days after his son’s death. “I never thought it would hit home like it has. I have two other sons that are still in the military. I thought they would all come back home to me safe and sound.”

The 25-year-old cavalry scout from St. George, Utah, was serving with the 82nd Airborne Division’s 2nd Brigade Combat Team. He had previously deployed with the brigade to Iraq in 2017 during the nine-month campaign to oust ISIS from Mosul, the country’s second-largest city.

Mount joined the Army in January 2016 and had earned many awards and decorations, including an Army Commendation Medal with Combat device, Army Good Conduct Medal, Combat Action Badge and Army Parachutist Badge.

Lt. Col. Val Moro, his commander in 1st Squadron, 73rd Cavalry Regiment, said his “care-free and easygoing personality” made him approachable and well-loved among his fellow soldiers.garland.chad@stripes.com Twitter: @chadgarland