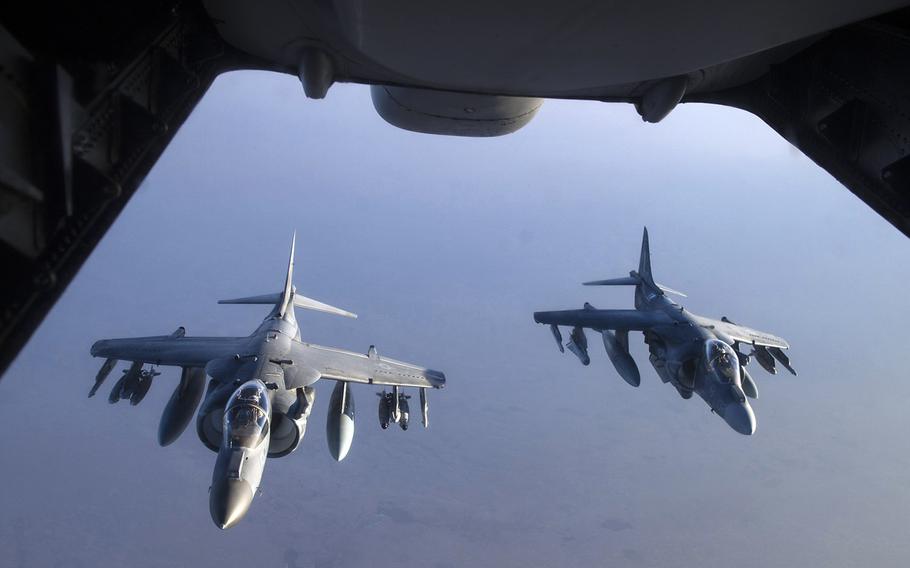 WASHINGTON – A U.S. investigation into a March 17 airstrike in Mosul confirmed more than 100 civilians were killed when a U.S. aircraft bombed a building used by Islamic State fighters and local residents, the Pentagon announced Thursday.

The U.S. aircraft were attacking two ISIS snipers firing at Iraqi forces from the second floor of the building, which was located in the al-Jadidah district of western Mosul. The Iraqis requested air support at about 8 a.m. local time, during a day of intense fighting that included 80 other U.S. and coalition engagements with ISIS fighters in the area, said Air Force Brig. Gen. Matthew Isler, who led the Pentagon’s investigation into the airstrike.

Aircraft bombed the building which triggered a secondary explosion that led to the building’s collapse and killed 101 civilians sheltering in the basement. The investigation found the two ISIS snipers were also killed in the strike. In addition, another 36 people believed to have sheltered in the building are missing, Isler said.

The investigation concluded ISIS packed explosives into the structure where many civilians were gathered, then attacked Iraqi forces from the building. However, the Iraqi forces who entered the neighborhood three days earlier said they had not seen civilians enter or leave the building.

The investigation involved dozens of weapons and forensics experts and site visits to speak to survivors to determine what happened, Isler said.

“It’s important to us to take the time to look closely at this incident to see what lessons can be learned for the future. We owe that to the victims and their families,” said Army Maj. Gen. Joseph Martin, the lead land forces commander for Operation Inherent Resolve, which authorized the investigation.

Once the Iraqis requested help, coalition forces determined a 500-pound GBU-38 guided bomb was appropriate to take out the snipers. But Iraqi and coalition forces did not know ISIS fighters had placed 1,000 pounds of explosives inside the building, Isler said. It was the planted ISIS explosives, not the GBU-38, that caused the building to collapse and kill the civilians, he said.

“If you tried to take that GBU-38 and put it right there, it wouldn’t even dent … any of those surrounding walls,” said Isler, who described the building as a thick structure with 30-inch, reinforced cement walls. “They would be intact. They would have a little bit of facial damage on it, but that’s the most you can get.”

Isler also said bad weather on that day and the days leading up to the attack had reduced their ability to obtain overhead surveillance of the target.

Survivors of the attack and witnesses later told investigators that the home belonged to a local elder who had invited families to seek shelter there because it was the strongest building in the neighborhood. Most of the residents were staying in the basement, but some of them were on the first floor, where there was a bathroom, Isler said.

Isler said his assessment is ISIS purposefully fired on the Iraqi forces from the building to lure an airstrike and cause the civilian deaths. He also said residents initially were inside the building voluntarily, but he believes that changed in the hours before the airstrike.

“At 4 p.m. ... prior to the attack, ISIS fighters went to the next-door neighbor and told the next-door neighbor to leave the area,” Isler said, recounting conversations that the investigators conducted. “That neighbor said, ‘I built this home, I am going to die in this home, I’m not leaving. And I’m not taking my family out.’ Then ISIS said, ‘Well that is on you. What happens to you is on you. And not the result of ISIS.’ And ISIS fighters said, ‘Do not leave your house, or we will consider you an enemy.’ ”

Isler said the evidence that ISIS had warned the neighbor and allowed them a chance to leave showed that they had intended to lure an airstrike to the building.

Stars and Stripes reporters Corey Dickstein and Chad Garland contributed to this story.