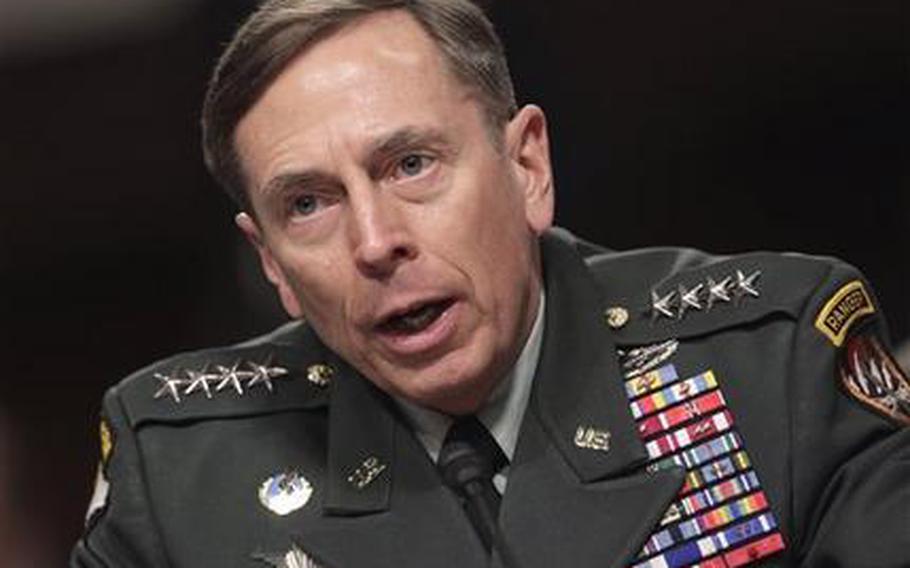 Gen. David Petraeus, commander of U.S. and NATO forces in Afghanistan, testifies on Capitol Hill in Washington, Tuesday, March 15, 2011, before the Senate Armed Services Committee on the situation in Afghanistan. (The Associated Press)

Gen. David Petraeus has given the White House a range of options for starting a military withdrawal in Afghanistan by July. And although details are still not public, signs of troop cuts emerged Thursday, The Associated Press reports. Pentagon officials on Thursday said 800 Army National Guard troops scheduled to deploy to Afghanistan will now go to Kuwait next month, as part of the first phase of the anticipated drawdown. But Defense Secretary and Admiral Mike Mullen, chairman of the Joint Chiefs of Staff, stressed that the decision on troops withdrawals has not yet been made. Petraeus, the top commander in Afghanistan, met with President Barack Obama and members of his national security team on Wednesday to discuss the plan. White House officials said the president is expected to make his decision on the drawdown soon. Roughly 100,000 troops are now in Afghanistan where the U.S. has been fighting for nearly a decade. Read more about Afghanistan drawdown plans from The Associated Press.