Marine who died in Bahrain described as ‘respectful, driven and focused’ 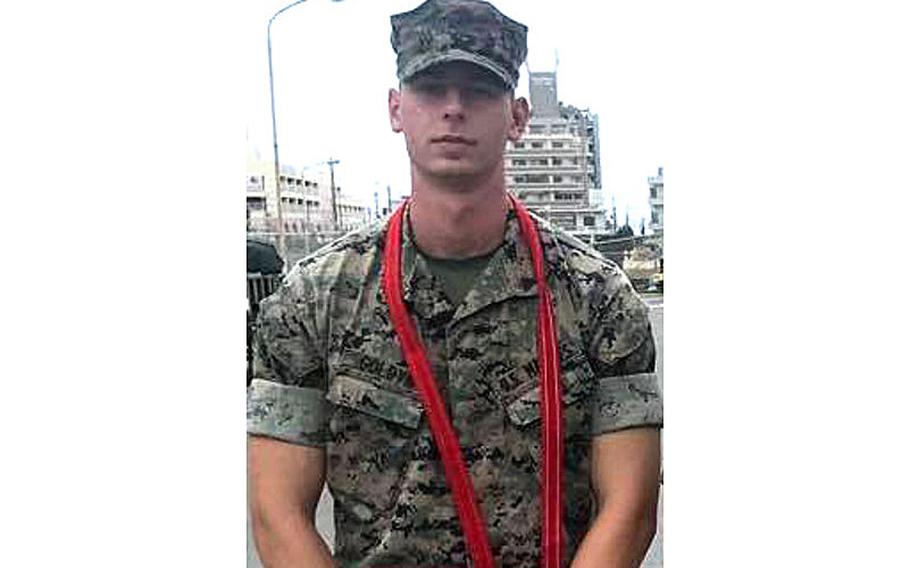 Sgt. Trevor Goldyn seen after he had been promoted to corporal. (Erik Antorbeza/Facebook)

A service member who died in Bahrain earlier this week was a noncommissioned officer that friends remembered as a model Marine.

The incident remained under investigation, said the command, which is headquartered at MacDill Air Force Base, Fla. It provided no further information in the statement Wednesday.

Both the Marines and the Naval Criminal Investigative Service were looking into the circumstances of his death, it said in an earlier statement.

On Facebook, Erik Antorbeza posted a photo of himself from a few years ago standing beside Goldyn, who’d apparently just been promoted to corporal. Along with the image, Antorbeza shared a story from a promotion board he’d been on when Goldyn stood before it as a lance corporal.

“Without missing a beat, he looks at the [sergeant major] with a straight face and he says, ‘It’s because everything I do is golden, SgtMaj,’” Antorbeza wrote. “I sat there proud to be his [sergeant] ... proud to see my Marine exude such confidence, and the best part was that he was right. Everything he did was golden.”

He was “hard working, respectful, driven, and focused,” Antorbeza said, and those that served with him would mourn his loss.

At the time of his death, Goldyn was serving with the Naval Amphibious Force, Task Force 51/5th MEB in Bahrain, the service said.

The Manama-based unit is charged with coordinating crisis and contingency response, security cooperation, and command and control of forces at sea and ashore within U.S. Central Command’s area of responsibility.

The Defense Department was coordinating the return of Goldyn’s remains to the U.S., the Marine Corps said.

“The command continues to work closely with the family during this difficult time,” Coppola said.