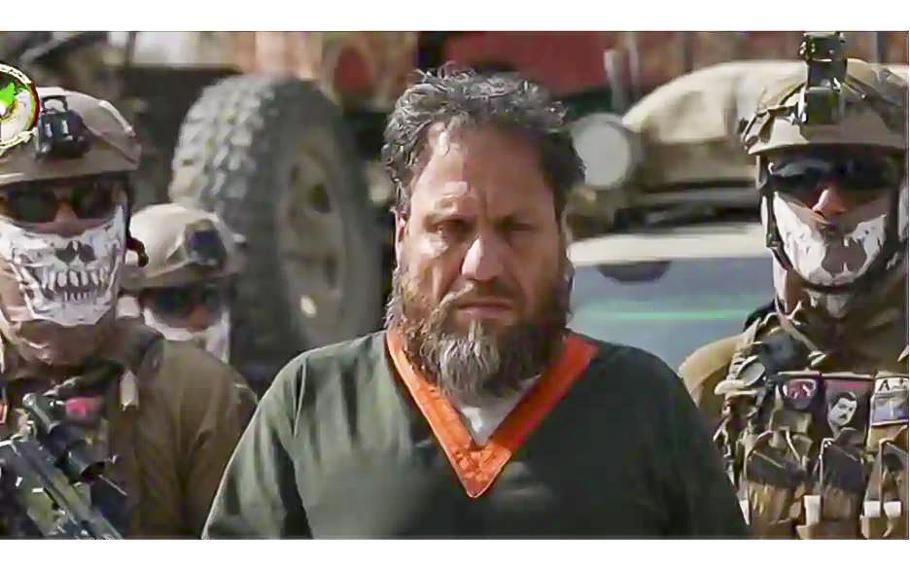 KABUL, Afghanistan — The head of the Islamic State group’s Afghanistan affiliate has been arrested along with 19 other militants, Afghan officials said Saturday.

Abdullah Orakzai, who goes by Aslam Farooqi, was detained by forces from the National Directorate of Security, the country’s main intelligence agency said in a statement.

It was unclear where the arrests took place. Farooqi and the others were detained on Friday, NDS spokesman Haris Jebran told Stars and Stripes. Jebran declined to provide further details.

U.S. airstrikes and raids have targeted the terrorist group’s regional affiliate, known as ISIS-Khorasan Province, since 2016. ISIS had declared the group’s formation early the previous year.

Farooqi’s arrest is the latest setback for ISIS-K, which saw roughly 300 of its fighters surrender to government forces in the final months of 2019.

Sustained American airstrikes, security forces operations and fighting between ISIS-K and the Taliban led to the surrenders, the U.S. military said January in a report describing the group’s stronghold in Nangarhar as “dismantled.”

Still, the group continues to claim high-profile attacks throughout the country, such as when gunmen stormed a Sikh temple in Kabul’s old town on March 25, killing over two dozen people.

That attack came less than a week after an ISIS-K fighter fired mortars at Bagram Airfield, the largest American base in the country and a hub for the U.S.-led coalition. The mortars were shot down without causing injuries or damage to the base, coalition and local officials said.

The U.S. military estimates between 2,000 and 2,500 ISIS-K fighters remain active in Afghanistan according to the latest data reported by the Special Inspector General for Afghanistan Reconstruction.