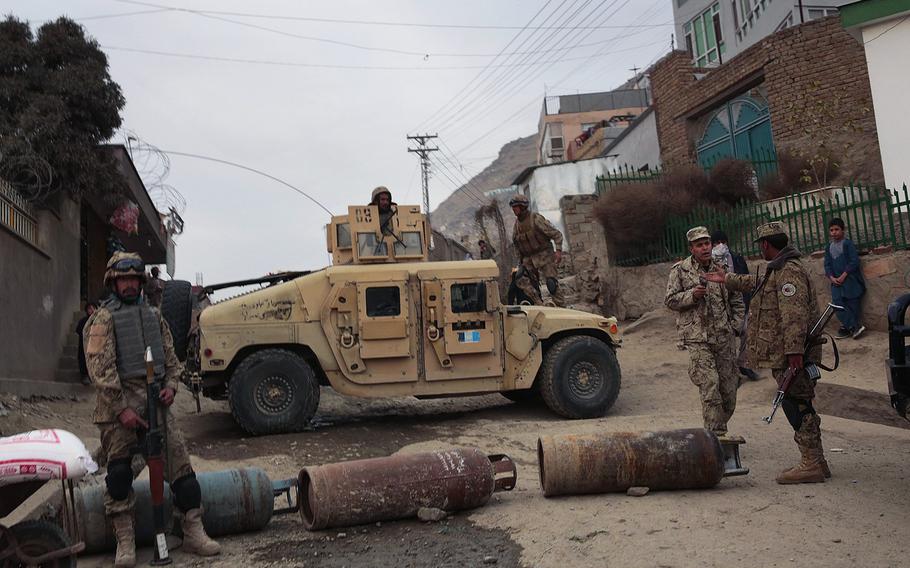 The attacks were coordinated, the Afghan Defense Ministry said; one was carried out in western Kabul and another in a northeastern suburb of the city.

The first attack, carried out by a man on foot, struck a bus, killing seven people and wounding at least 15.

In the second incident, a car bomb detonated near a van carrying army officers, four of whom were wounded, deputy Defense Ministry spokesman Dwlat Waziri said.

The attacks came a day after Afghan leaders signed a deal that would keep as many as 12,000 American and NATO troops in Afghanistan past the end of the year, when all combat troops are scheduled to withdraw. Casualties among Afghan security forces have grown as international combat troops have withdrawn.