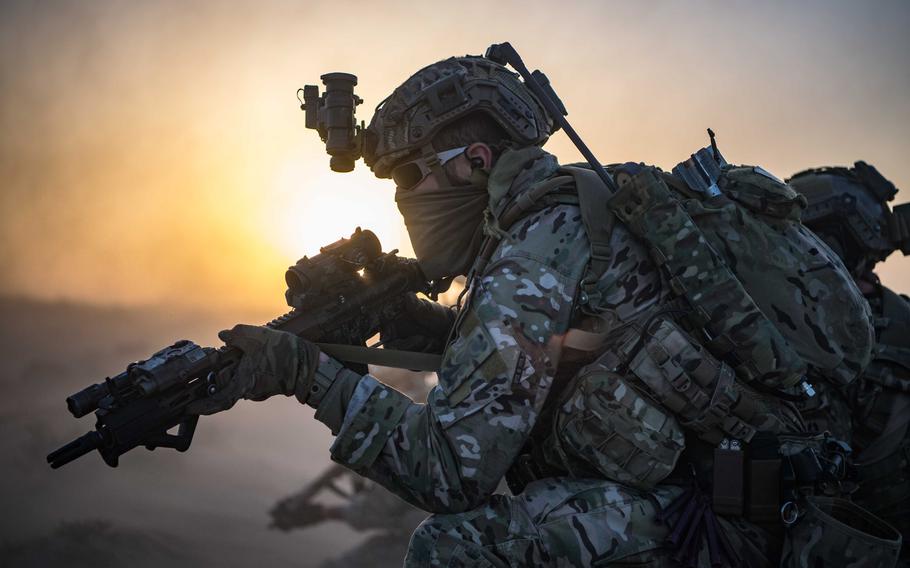 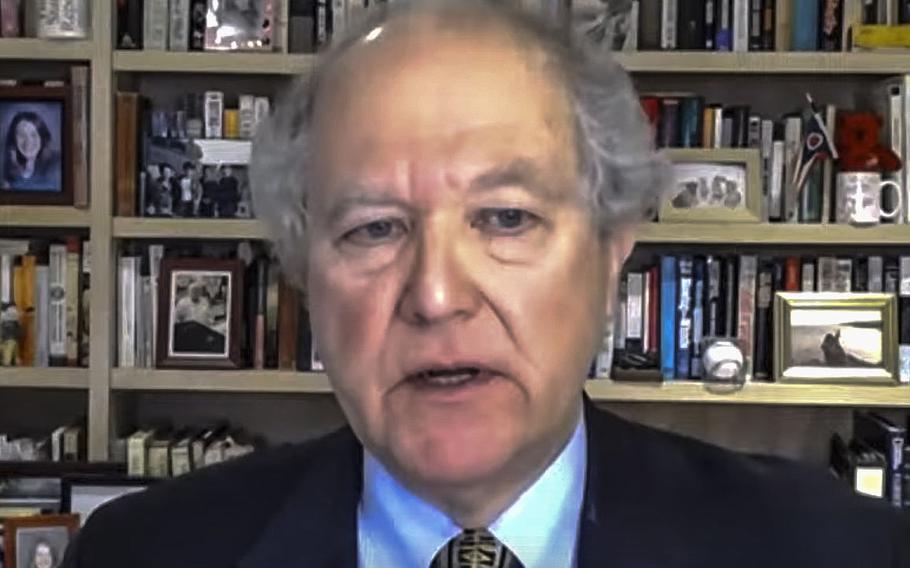 In a screen capture from a House Oversight and Reform Committee video, Special Inspector General for Afghanistan Reconstruction John F. Sopko testifies at a hearing on March 16, 2021. (YouTube)

WASHINGTON — House lawmakers on Tuesday debated whether American troops should stay in Afghanistan as a deadline for their withdrawal looms and a new report assessing the state of that country warned of the possible consequences if U.S. forces pulled out.

“I really don’t see a viable long-term strategy for the United States in Afghanistan and I strongly support withdrawing troops,” said Rep. James Comer of Kentucky, the ranking Republican on the House Oversight and Reform Committee.

Comer’s comments came during a hearing of the committee’s national security subpanel to discuss the Special Inspector General for Afghanistan Reconstruction’s 2021 High-Risk List — a congressionally mandated report that offers an assessment of risks that the White House and Congress face as they make decisions on the future of the U.S. mission in Afghanistan.

“I believe most would agree with our report that achieving our counterterrorism and reconstruction objectives depends on a strong, stable, democratic and self-reliant Afghanistan. Unfortunately, as our report discusses in great detail, Afghanistan is far from that reality and may be fighting for its very survival,” John Sopko, the SIGAR chief, told House lawmakers.

Most lawmakers agreed Tuesday on a long-term goal of pulling all U.S. civilian and military personnel from Afghanistan, though some remained conflicted on whether to keep troops there.

Rep. Jackie Speier, D-Calif., said she wants U.S. troops to leave Afghanistan, but without “ears on the ground” to conduct oversight, terrorist groups will be able to grow and the U.S. will be “at grave risk.”

“I’ve come to believe that we need some boots on the ground to just protect ourselves. If that requires committing some money to Afghanistan, I’m willing to do it,” she said.

The SIGAR report does not make specific policy recommendations or take a position on keeping troops in Afghanistan and Sopko said Tuesday that “the new administration and Congress will need to decide whether and to what extent reconstruction will continue” with troops or not.

House lawmakers debated the need for keeping the remaining 2,500 U.S. troops in Afghanistan as President Joe Biden’s administration faces the May 1 deadline for their removal, which was agreed to in February 2020 as part of a peace agreement with the Taliban.

Since the agreement was signed, Taliban attacks and assassinations have continued to increase, Sopko told the House lawmakers.

Defense Secretary Lloyd Austin has been leading a government-wide review of the U.S. military posture in Afghanistan. In late February, Austin urged an end to violence in the nation during his first news briefing as the Pentagon's leader.

“The United States will not undertake a hasty or disorderly withdrawal from Afghanistan that puts [Afghan military] forces, or [NATO’s] reputation at risk,” Austin told reporters at the time. U.S. military and civilian leaders have long said the Taliban has failed to keep its commitments to the agreement.

Sopko discussed a wide range of concerns raised in the report, such as inadequate oversight without contractors and troops on the ground, threats to the advancement in women’s rights, as well as rampant corruption, and dependence on foreign aid and future funding.

“The American taxpayers don’t want to spend any more money in Afghanistan. This has been the sentiment from a majority of my constituents — I think a majority of Americans — for many, many, many, years now,” Comer said.

The government has spent $143 billion on reconstruction in Afghanistan, Sopko said, but a large chunk of that money has been “wasted, stolen or didn’t accomplish anything.” In 2018, a SIGAR report found of the investment that they examined, one-third of the money had been wasted.

Biden has not yet announced a decision on whether the remaining troops in Afghanistan will leave the country.

“We cannot create a vacuum of power in the wake of our absence that would destabilize the region and our rebuilding efforts. This committee will play a crucial role in ensuring that U.S. tax dollars overseas … are being used effectively to assist in the pathway to democracy -- a task that will be more difficult without a presence on the ground,” he said.