Hagel: Killing of Army major general by Afghan will not alter US drawdown plans 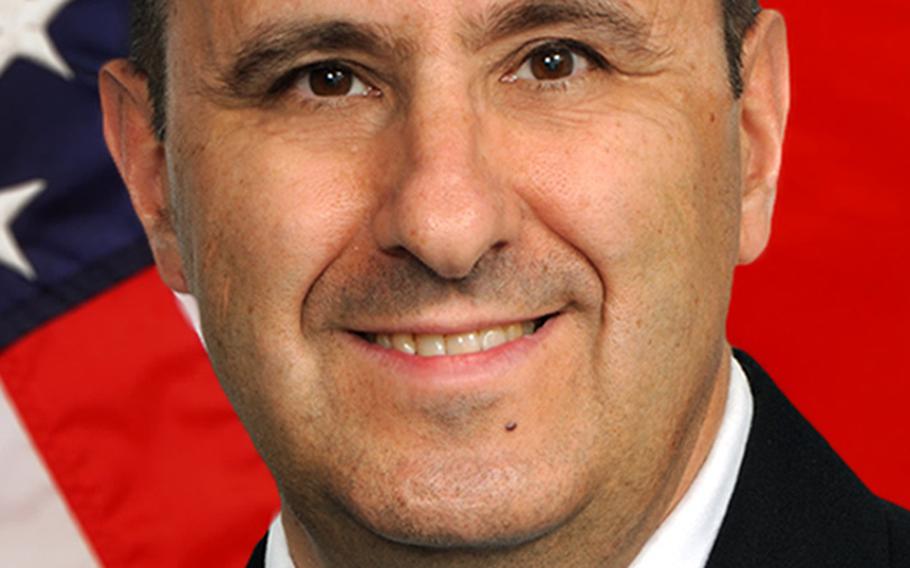 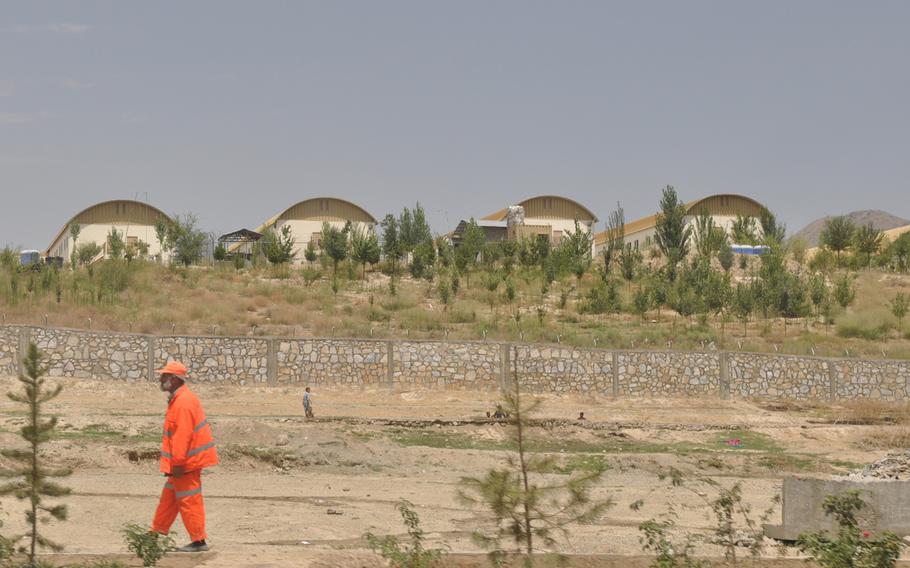 The barracks at Camp Qargha, just west of Kabul. Home to the Marshal Fahim National Defense University, the Afghan base was the site of a shooting that killed U.S. Army Maj. Gen. Harold J. Greene, the deputy in charge of a training command that worked with Afghan forces. An Afghan soldier is believed behind the attack, which wounded more than a dozen other NATO and Afghan security force members and ended in his own death. (Steven Beardsley/Stars and Stripes)

KABUL — Defense Secretary Chuck Hagel said Wednesday that the killing of an Army major general by a suspected Afghan soldier would not alter U.S. drawdown plans or cause a rethink of a post-2014 training mission in Afghanistan.

The body of Maj. Gen. Harold J. Greene, who was shot dead at a military school in Kabul Tuesday, was being flown to Dover Air Force Base in Delaware, a spokesman for NATO’s military coalition said, as details began to emerge about the Afghan soldier suspected of shooting him and other coalition troops.

Greene, a deputy commander at a training unit who worked with Afghan forces, was the highest ranking officer killed by hostile fire overseas since the Vietnam War.

The Department of Defense late Wednesday sent out its official identification of the deceased.

"Words cannot express the sadness we feel at the senseless loss of Maj. Gen. Harold J. Greene,” said Secretary of the Army John McHugh. “Maj. Gen. Greene was a soldier, a scholar and, above all, a trusted professional leader.”

The Associated Press, citing an unnamed Afghan military official, said the gunman, who had enlisted in the Afghan army more than two years ago, apparently had failed to turn in his NATO-issued machine gun on returning from a patrol and hid in a bathroom before shooting at the NATO forces. CNN reported he shot from inside a building at the NATO troops outside. The AP’s source said the soldier, who went by the single name Rafiqullah and was killed Tuesday, was the focus of the investigation. A motive was unclear.

The attack at the Marshal Fahim National Defense University Tuesday also wounded more than a dozen coalition troops, including a German general. The NATO spokesman said Wednesday all were in stable condition but declined to discuss their injuries. The incident is still under investigation, he said.

“Our thoughts and prayers are with Maj. Gen. Greene’s family, and the families of our soldiers who were injured yesterday in the tragic events that took place in Kabul,” NATO said in a statement. “These soldiers were professionals, committed to the mission.”

Hagel said during a visit in Stuttgart, Germany, that he had written a condolence note to Greene’s family on Tuesday and had spoken with President Barack Obama following the attack.

But he said it would not change U.S. plans for Afghanistan after the departure of all combat troops by the end of this year.

“We will continue on the same course we are on for post 2014,” Hagel said.

When asked whether the attack that killed Greene and other recent insider attacks would result in a move to give commanders more flexibility over the pace of the drawdown — set to shrink to about 9,800 U.S. troops next year — Hagel said current plans remain in place and the drawdown remains on course.

A visit to the area outside the base Wednesday revealed little about the shooting. Shopkeepers nearby said they often heard firing from training ranges on the installation, named Camp Qargha, but few could offer any concrete information about the attack.

The defense university, which is located on the base, is a series of dun-colored barracks and buildings surrounded by stone walls near the mountains of western Kabul. Run by the British military and sometimes referred to as “Sandhurst of the Sand,” a reference to the U.K.’s esteemed officer’s academy, the Afghan school opened last October with a class of 270.

It was unclear whether the shooter was attending the school or affiliated with it in any way. A Taliban statement referred to the gunman as “a patriot” but did not claim responsibility for his attack.

The attack in Kabul occurred shortly after a separate shooting targeted U.S. soldiers in Paktia province, in the east. A guard at the provincial governor’s home opened fire on the visiting soldiers, said the provincial police chief, Zalmai Oryakhel. The attacker was shot and killed, and a spokesman for the NATO coalition said no members were injured.

As with the attack that killed Greene, the Taliban lauded the Paktia shooting but did not take credit for it.

Yet the group claimed responsibility for an attack Wednesday at a police checkpoint in Tirin Kot in Uruzgan province. According to a provincial official, a police officer was on watch at the checkpoint about 3 a.m. when he allowed insurgents to enter. They killed six police officers and wounded another, said the official, Gulab Khan, deputy head of the province’s anti-crime department. The attackers all escaped, as did the police officer who helped them, he said.

A Taliban spokesman, Zabiullah Mujahid, said insurgents killed seven police officers with the help of an Afghan police officer and injured one. The Taliban commonly give different casualty numbers than Afghan or NATO officials, often inflating them.

An AP report said the police officer drugged the victims, citing a doctor at a nearby hospital.

Attacks by Afghan forces against Western forces have dropped since 2012, when 53 members of the NATO coalition were killed in 38 incidents, according to a count by the AP. Yet sporadic attacks, including those against Afghan forces, continue to plague security forces, despite efforts to improve vetting processes for new Afghan recruits. The attacks are a grim reminder of the challenges facing the U.S. as it seeks to keep a force of advisers in the country past the scheduled withdrawal of Western combat troops at year’s end.

Stars and Stripes reporter John Vandiver contributed to this report from Stuttgart, Germany.