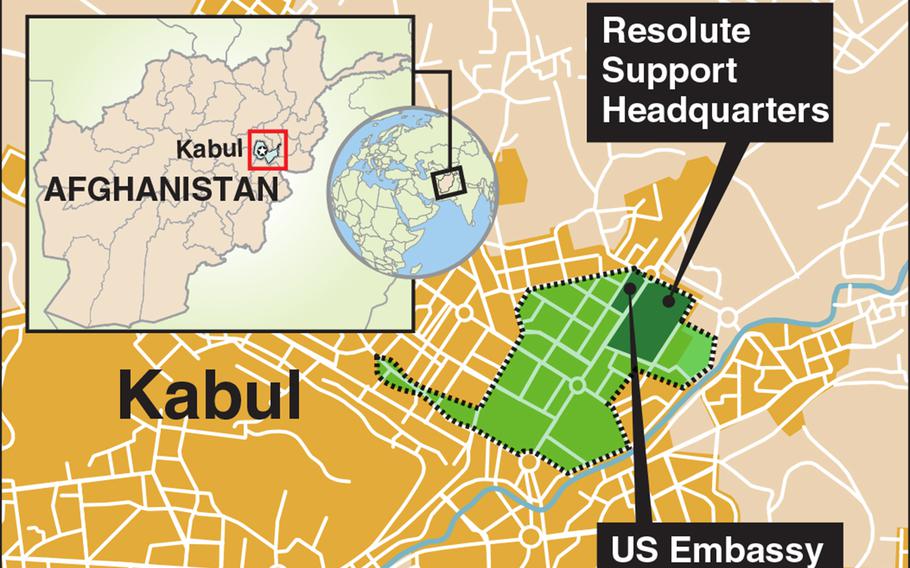 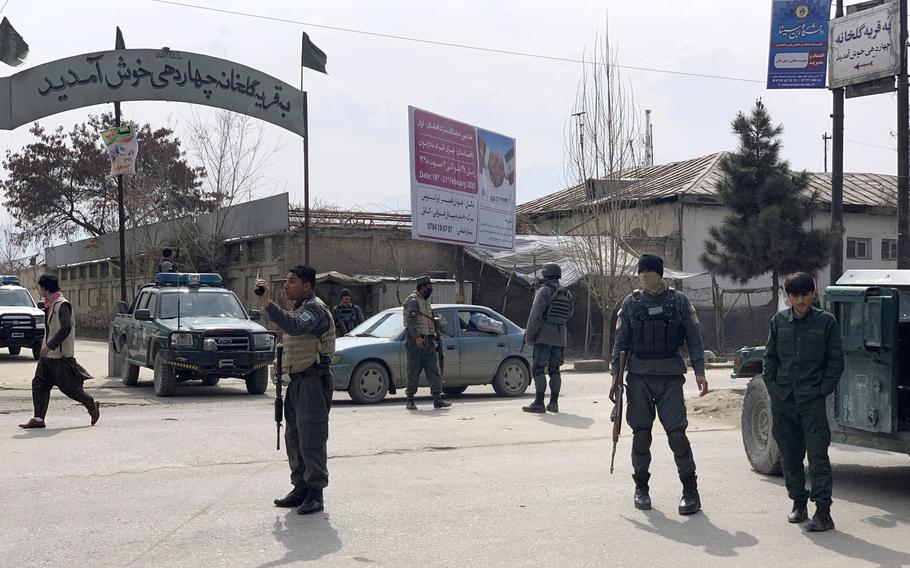 Afghan security personnel arrive at the site of an attack in Kabul, Afghanistan, Friday, March 6, 2020. Gunmen in Afghanistan's capital of Kabul attacked a remembrance ceremony for a minority Shiite leader on Friday, wounding a dozen of people, officials said. (Rahmat Gul/AP)

The Islamic State claimed responsibility for the attack in a statement on its website.

Afghan President Ashraf Ghani called the attack “a crime against humanity and against the national unity of Afghanistan,” in a Twitter statement.

The ceremony in the city’s west, relatively far from most U.S. forces in the city, marked the 1995 death of Afghan Shiite leader Abdul Ali Mazari.

The Islamic State-Khorasan affiliate has frequently attacked Shiite communities, who it considers apostates to Islam.

Last year, ISIS-K targeted the same ceremony, killing at least three people and wounding over 20 others.

“We had tight security for this event today,” Rahimi said, in light of last year’s violence. An investigation to determine what went wrong is underway, he said.

The Taliban, who have been criticized by U.S. and Afghan officials for increasing violence across the country after last weekend’s peace deal with the U.S., quickly denied involvement in the attack.