Gold Star families hold out hope for peace in Afghanistan Javier Gutierrez, right, poses for a photo with his son, Javier Jaguar Gutierrez, at the Track Family Fun Park in Destin, Fla., during Memorial Day weekend 2018. The younger Gutierrez was killed in Afghanistan in February 2020 and posthumously promoted to sergeant first class. (Javier Gutierrez)

Javier Gutierrez, right, poses for a photo with his son, Javier Jaguar Gutierrez, at the Track Family Fun Park in Destin, Fla., during Memorial Day weekend 2018. The younger Gutierrez was killed in Afghanistan in February 2020 and posthumously promoted to sergeant first class. (Javier Gutierrez) 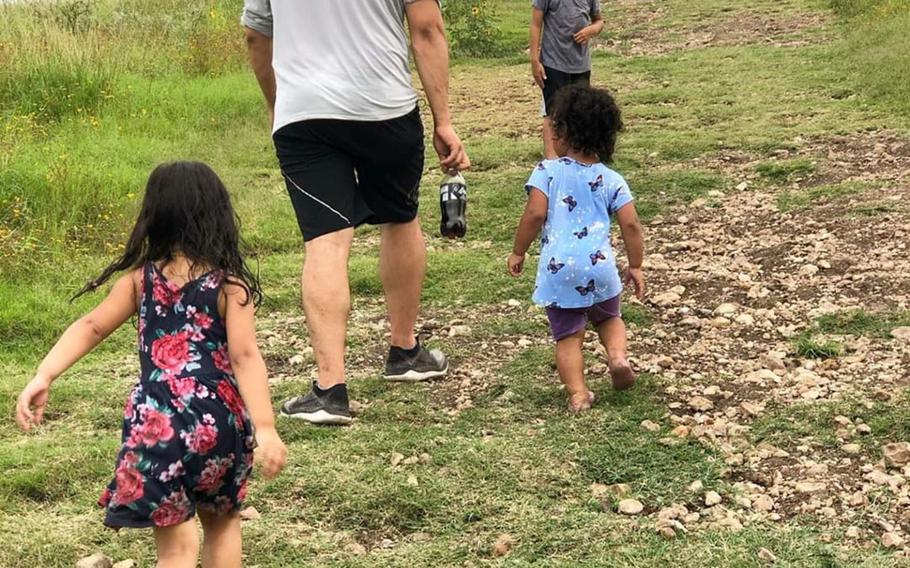 Javier Jaguar Gutierrez and his four children hike in Pearsall Par in San Antonio, Texas, in July 2019, shortly before he was deployed it Afghanistan. Gutierrez died in combat weeks before the U.S.-Taliban peace agreement was signed. (Javier Gutierrez) Javier Jaguar Gutierrez plays with his daughter Helen during an outing in Crestview, Fla., in 2017. (Javier Gutierrez) Javier Jaguar Gutierrez and his wife, Gabriela, pose for a photo at Sea World in San Antonio, Texas, in December 2014. Gutierrez was posthumously promoted to sergeant first class after his combat death in Afghanistan in February 2020. (Javier Gutierrez) 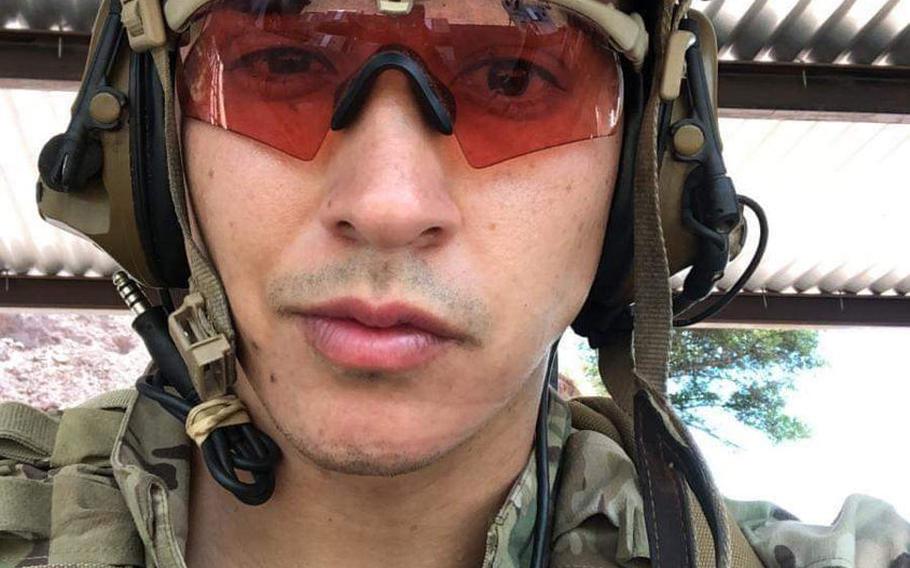 Javier Jaguar Gutierrez at a training range in Florida, in September 2019, shortly before he deployed to Afghanistan, where he was killed in an attack in February 2020. Gutierrez was posthumously promoted to sergeant first class. (Javier Gutierrez) 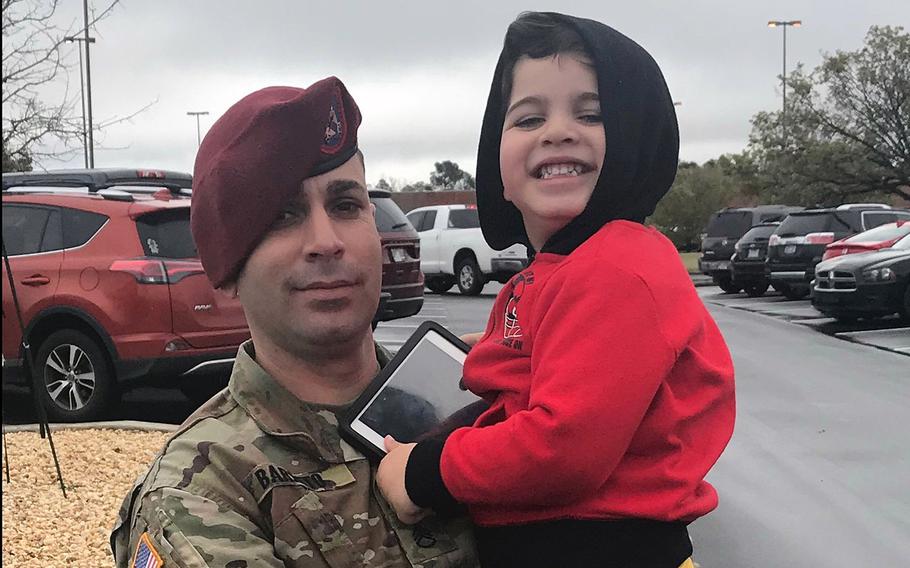 Sgt. 1st Class Elis A. Barreto Ortiz, 34, from Morovis, Puerto Rico, poses for a selfie from the cab of his pickup truck while on a convoy through Kabul, Afghanistan. Barreto, who was promoted posthumously, died Sept. 5 when a Taliban suicide bomb hit his convoy. (Tylar Sieck) 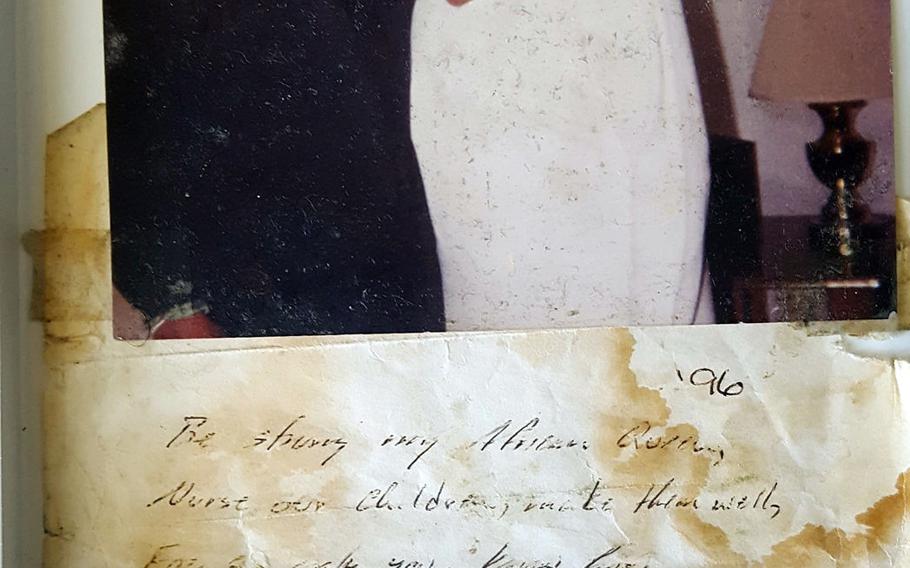 Katherine Turner keeps a letter from her late husband, Army Sgt. Maj Wardell Turner, who died in Afghanistan in 2014, among her treasured keepsakes. Turner said one of her first prayers since her husband died was that no one else would have to die in Afghanistan. (J.P. Lawrence/Stars and Stripes) 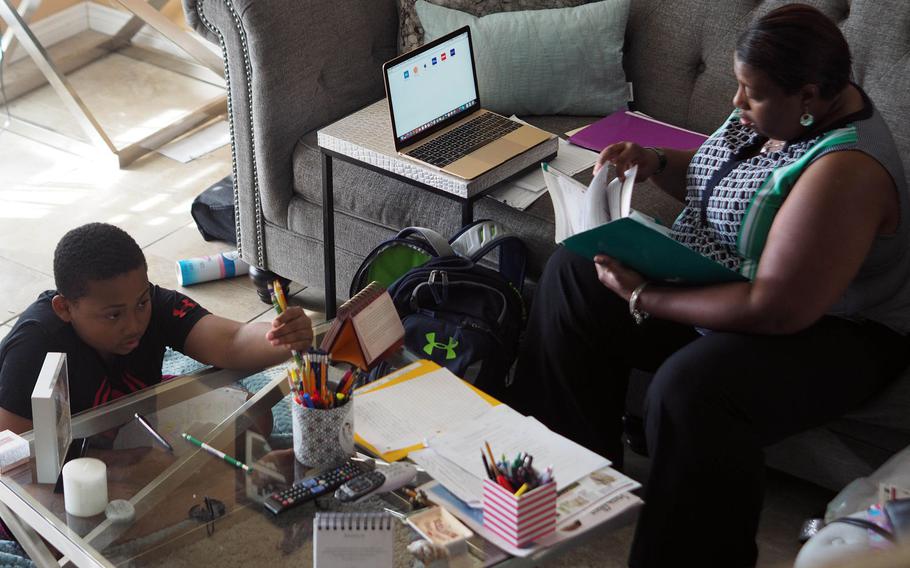 Xavier Turner receives help on his homework from his mother, Katherine, in their home in San Antonio, May 7, 2017. Xavier's father, Army Sgt. Maj. Wardell Turner, died in Afghanistan in 2014. (J.P. Lawrence/Stars and Stripes)

KABUL, Afghanistan — Former Marine Javier Gutierrez says he often prays that his son’s death on the battlefield in Afghanistan will be the last an American family must bear.

Sgt. 1st Class Javier J. Gutierrez, 28, of San Antonio, who shared his father’s name but went by Jaguar — his middle name — was one of two American soldiers killed in early February. His death came weeks before the U.S. and the Taliban signed a deal Feb. 29 that could lead to the withdrawal of U.S. forces from Afghanistan by next spring. Hundreds have already returned home.

Some critics have warned that the Taliban would rise to power after foreign forces leave, threatening U.S. national security and undermining what U.S. troops sacrificed. Domestic politics, Taliban attacks on Afghan forces and potential delays caused by the coronavirus have all emerged as challenges to moving ahead with the accord, though the opposing Afghan sides, in a sign of progress, agreed to prisoner exchanges Thursday.

Gutierrez, like other Gold Star families, has begun to hope that an end to the conflict is in sight.

“It’s influenced my perspective, my son’s death,” Gutierrez said during a phone call. “I want them to come home. I don’t want anyone else to have to go through this.

“I wish for victory there, but whatever happens, their deaths have not gone in vain, none of them,” he said, referring to the roughly 2,400 American servicemembers killed throughout the war, who he said helped preserve stability and freedom in America.

Those sentiments — a desire to bring the troops home and a belief that their loved ones’ deaths made positive contributions — were shared by three Gold Star families who talked about the prospect of the U.S.’s longest war coming to an end.

Under the U.S.-Taliban deal, all international forces will withdraw from Afghanistan within 14 months if the Taliban meets promises such as breaking ties with terrorist groups like al-Qaida and preventing them from using the country to attack the U.S. and its allies.

A drawdown expected to bring the number of U.S. forces from about 13,000 to 8,600 by mid-July was a result of more than a year of direct negotiations. The talks stalled briefly in September after a bomb attack in Kabul killed Sgt. 1st Class Elis A. Barreto Ortiz, 34.

Ortiz, of Morovis, Puerto Rico, was a wheeled vehicle mechanic and described as a “mainstay” in the 82nd Brigade Support Battalion, 3rd Brigade Combat Team, 82nd Airborne Division by the unit’s leadership.

He joined the Army in 2010, following in the footsteps of his father, who also served.

Ortiz is survived by two sons and a daughter, in addition to his widow, Legna Aponte, who said she welcomed the peace deal.

“I am not into politics, but everything that guarantees the safe return of our troops feels right,” Aponte said during a March 9 online chat. “In my opinion, each fallen soldier contributed big to make this peace deal a reality.”

Since ousting the Taliban in 2001, the U.S. has struggled to find an exit from the conflict, and despite billions in aid Afghanistan’s government hasn’t been able to secure the country itself. The Taliban has been resurgent following the last major coalition withdrawal in late 2014.

That same year, Katherine Turner’s husband, Sgt. Maj. Wardell Turner, 48, was killed in a roadside bomb blast in the Afghan capital, about a month before the combat mission there transitioned to one primarily focused on training Afghan forces.

Turner, of Nanticoke, Md., was assigned to U.S. Army Garrison Fort Drum, N.Y., and had served in several military police units throughout his 21-year career in the armed services.

His son, then-Spc. Devin Turner, was also deployed to Afghanistan when he died. Devin Turner escorted his father’s body back to the United States and attended the funeral with his family.

“I know how my husband felt about serving his country and making life better for the people over there,” Katherine Turner said. “He gave his life for them. If one person’s life is better, it’s not in vain.”

Gutierrez said his son was also passionate about his work. As a teen, Jaguar Gutierrez frequently talked about joining the military like his dad, a former Marine combat engineer who served during the Persian Gulf War, and great-grandfather, an Army bombardier during World War II.

He rarely spoke about the war that was raging in Afghanistan, his father said.

Gutierrez’s son Jaguar and Antonio R. Rodriguez — both of whom were assigned to 3rd Battalion, 7th Special Forces Group (Airborne) — were the last American troops to die in combat in Afghanistan, when a gunman dressed in an Afghan army uniform opened fire in eastern Nangarhar province Feb. 8, wounding six other U.S. personnel.

The elder Gutierrez said he’s often thought about whether they’ll be the last combat fatalities of the war.

“While it hurts, it would be an honor if my son and that other brave solider would be the last ones to die in that country,” Gutierrez said. “And that is my hope and my prayer, that they will be the last ones to come back in a coffin, that everybody else will be on a plane sitting in their seats coming home.”