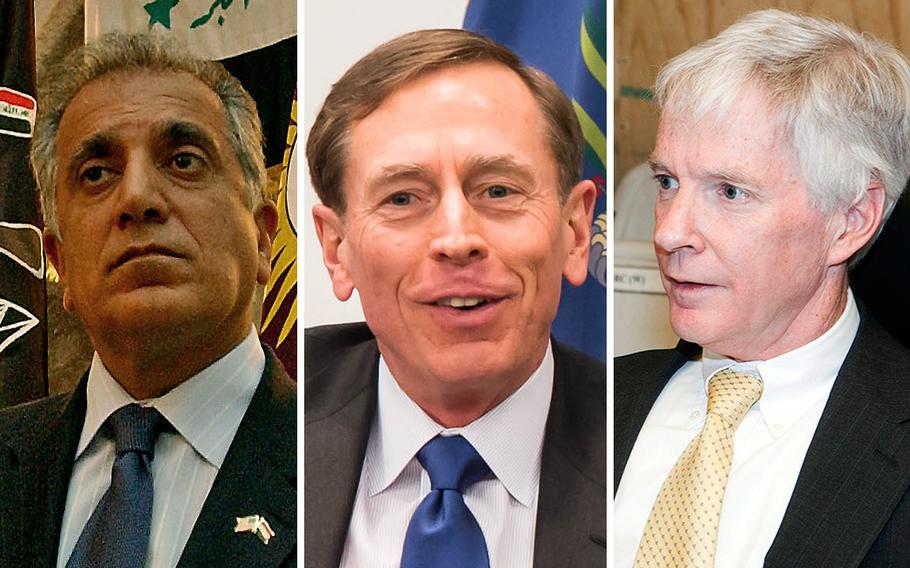 KABUL, Afghanistan — A planned drawdown of U.S. troops in Afghanistan threatens to set back progress in the 15-year war and could allow militants to establish a greater foothold there, a group of 13 retired U.S. generals and senior diplomats have warned President Barack Obama.

In an open letter published Friday in The National Interest, the former heads of U.S. military and diplomatic efforts in Afghanistan urged the president to maintain current U.S. troop levels in that country through the end of his term.

“It would likely have helpful effects on refugee flows, the confidence of the Taliban, the morale of the Afghan military and Afghan people, the state of the Afghan economy and perhaps even the strategic assessments of some in Pakistan,” they wrote.

The letter was signed by David Petraeus, a former U.S. Army general and CIA director who led U.S. forces in Iraq and Afghanistan; Zalmay Khalilzad and Ryan Crocker, former ambassadors to Afghanistan; and 10 other generals and diplomats.

A troop reduction would have the opposite effects and could create greater insecurity by allowing al-Qaida and the Islamic State group to expand and causing Afghanistan to “revert to the chaos of the 1990s,” the officials asserted.

Their warning came days before U.S. Army Gen. John W. Nicholson was expected to issue a review of the situation for the 90 days since he became the top U.S. commander there. The country’s international backers are also set to meet in Warsaw in July and Brussels in October to discuss their continued commitments.

Obama’s latest plan, announced last fall, calls for a reduction of U.S. forces by nearly half, from roughly 9,800 to 5,500 by early 2017. He had long planned to pull out nearly all U.S. troops before leaving office.

But since the withdrawal of most international combat forces at the end of 2014, the Afghan military has struggled to beat back the Taliban, who are believed to control the most territory since 2001.

In recent months, military and political leaders have urged a drawdown based on conditions on the ground, rather than a deadline.

A troop-level freeze would allow Obama’s successor to assess the situation and “adjust accordingly,” the retired generals and diplomats wrote.

“This step would be seen as a positive reaffirmation of America’s commitment to that nation, its people and its security.”