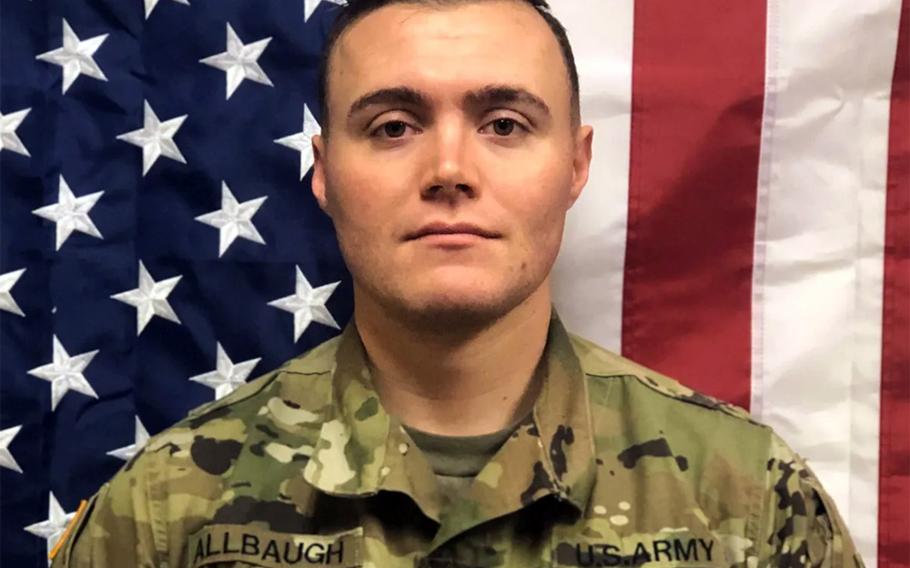 WASHINGTON — An Army officer from Fort Campbell, Ky., died Sunday in a noncombat-related incident in Kandahar, Afghanistan, according to the Defense Department.

“The loss of 1st Lt. Joseph Allbaugh is devastating for everyone. On behalf of the 108th ADA Brigade, I want to extend our deepest condolences. Our thoughts are with his family, friends and fellow soldiers. We are with them during this incredibly painful time.” Col. Charles Matallana, the 108th Air Defense Artillery Brigade commander, said in a statement.

Allbaugh attended Vanguard University of Southern California and graduated in 2018 with a bachelor’s degree in psychology. He was commissioned through the ROTC as an Army air defense artillery officer and married his wife, Ashley Allbaugh.

More than 2,400 American troops have died in Afghanistan since the 2001 U.S.-led invasion launched in response to the 9/11 terrorist attacks.