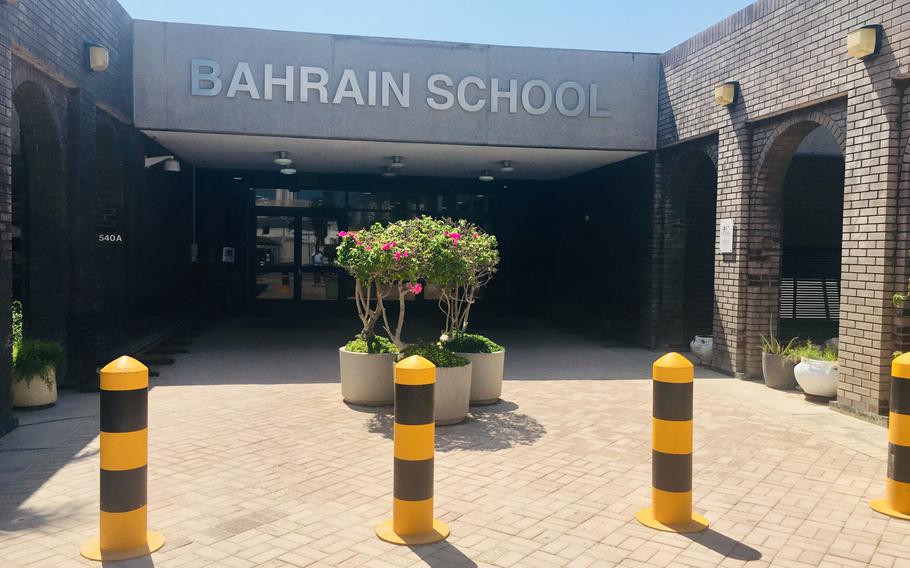 The base school in Bahrain has extended its closing until March 10 amid coronavirus concerns in the country. (Joshua Karsten/Stars and Stripes)

MANAMA, Bahrain — The U.S. Navy base school in Bahrain will close through March 10 as a precautionary measure due to coronavirus concerns, after several more cases were reported in the country.

Bahrain’s Health Ministry said Thursday it had confirmed 33 cases of infected citizens in the small island kingdom, which is home to the U.S. Navy Central Command headquarters and the largest concentration of U.S. service members and their families in the Middle East.

The outbreak led to a two-week closure of all public schools in Bahrain. The Bahrain School, run by the Department of Defense Education Activity, said Tuesday it would close for the week but announced the extension to parents via email and text message Thursday.

The closure includes all scheduled events and extracurricular programs.

“Our families can expect in the coming days information on how their students can continue their academic progress while away from school,” the statement said.

Overseas DODEA schools elsewhere have also been making adjustments in light of the outbreak, which led schools in Italy to close through at least March 1.

There weren’t any confirmed cases of coronavirus reported among the Defense Department community in Bahrain as of Thursday.

Bahraini officials said that they will intensify monitoring and testing of suspected coronavirus cases at entry points. They are also calling on all citizens and residents, especially those who have recently visited Iran, where dozens of cases have been reported, to avoid close contact with others and to self-quarantine.