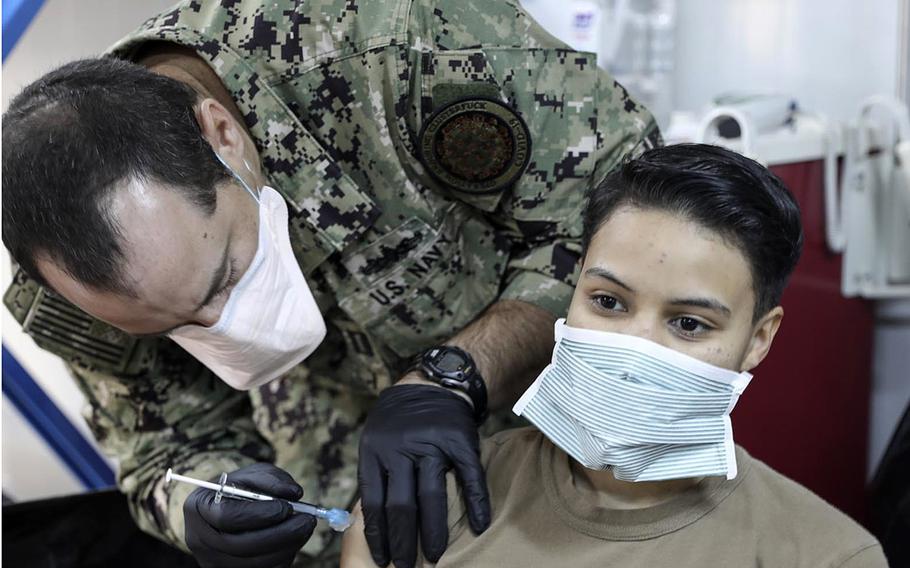 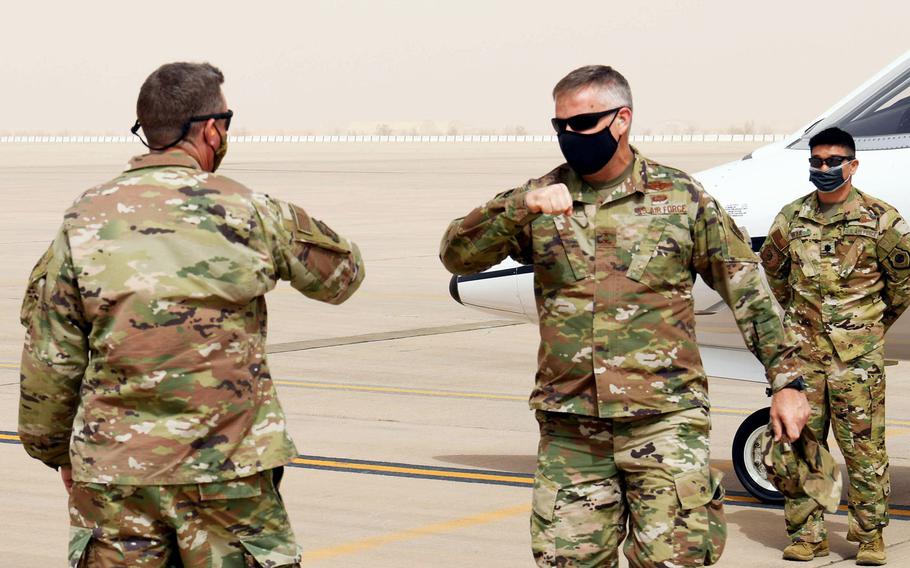 Officials are urging “continued vigilance” as troops deployed to the Middle East await coronavirus vaccine shipments following what one doctor said was an uptick in infections last month.

There had been a “large increase in COVID-19 cases, both in host nations, as well as on U.S. military installations” in the region, said Air Force Dr. Daniel Hatcher, a colonel who commands the 378th Expeditionary Medical Squadron at Prince Sultan Air Base in Saudi Arabia.

The country was seeing “a concerning rise” in cases, he said in a video posted online Wednesday.

There may have been a slight increase when the video was recorded in late February, officials have said, but U.S. Air Forces Central spokeswoman Capt. Carrie Volpe in Qatar told Stars and Stripes there were less than five active cases in AFCENT as of Thursday.

“It’s not uncommon for us to see fluctuations in the number of COVID-19 cases here (due to rotations),” she said.

Though there are fewer cases among deployed troops than in the population back home, officials were working to get more COVID-19 vaccine doses to forward-deployed forces, Pentagon spokesman John Kirby said.

In Saudi Arabia, the base’s medical personnel and first responders recently received the first round of the shots, Hatcher said. More vaccine would arrive and be provided “to all personnel who desire it,” he said.

AFCENT has received both the two-shot Moderna vaccine and the single-dose Johnson & Johnson one, Volpe said via email this week. The command is following DOD’s tiered distribution plan.

Troops in theater have been given a higher priority for vaccination after initial rollout plans had placed them below those preparing to deploy, Kirby said at a press briefing. Early on, some commanders had been concerned that the second shot of the two-dose vaccine might make deployed troops ill.

“The vaccines have proven themselves very safe and effective, so there’s an increased demand,” Kirby said.

Serious adverse reactions have been rare, though as with many vaccines some patients have reported side effects such as a sore arm at the site of the shot, fever and muscle aches.

Some 166,000 service members have tested positive for the virus. Among those, over 1,400 have been hospitalized and 24 have died.

None of the vaccines are mandatory for military personnel because the Food and Drug Administration has only approved them for emergency use. Military officials have urged troops to get vaccinated after some in Congress expressed concerns over data showing that large numbers had declined or delayed getting the shot.

A “large batch” of the J&J vaccine, which was approved for emergency use in late February, was expected at Al Dhafra Air Base in the United Arab Emirates this week, said Maj. Gigi Rey, 380th Expeditionary Medical Group chief of medical staff.

“We’re standing by, ready to push that out,” Rey said Wednesday on the base’s Facebook page.

Not only is the new vaccine a “one-shot deal,” she said, it only requires refrigeration, rather than freezing like the Moderna and Pfizer immunizations, making it easier to ship and distribute in downrange environments.

“The arrival of this COVID-19 vaccine really harkens, in my opinion, the beginning of the end of this pandemic,” Rey said. “I think it is in all of our best interest to get as many people vaccinated as quickly as possible.”