Dempsey lays out military options for US in Syria 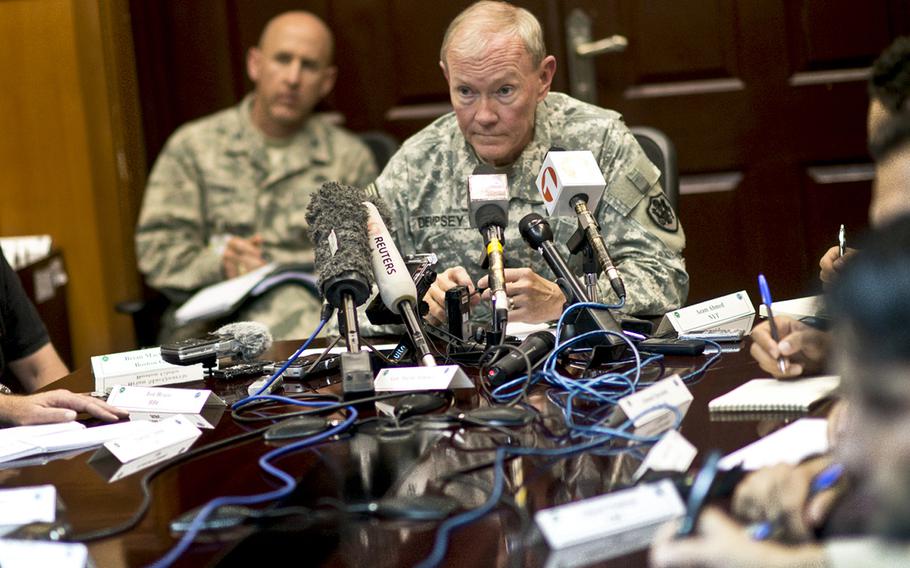 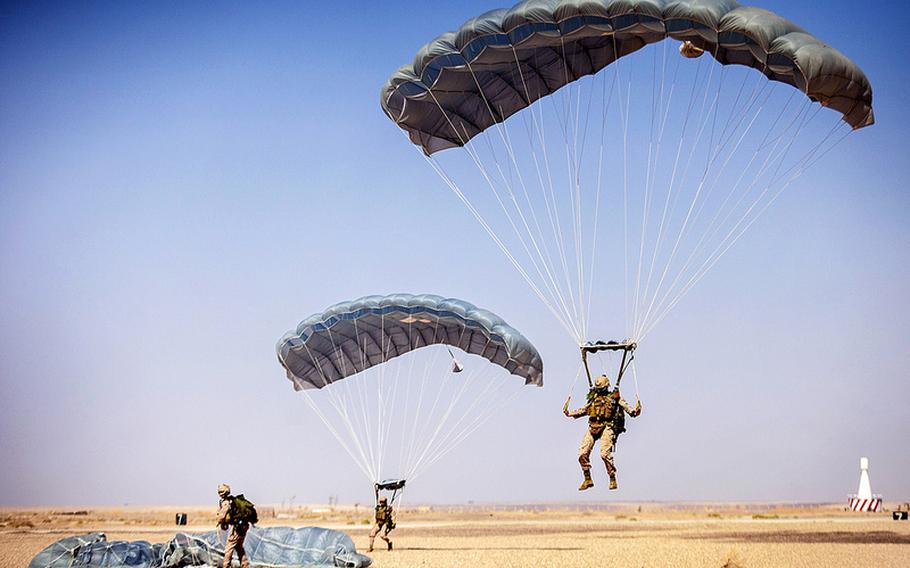 Marines with the 26th Expeditionary Unit descend to their landing zone on King Faisal Air Base in Jordan, June 12, 2013. The exercise was a part of Eager Lion, which involved 5,000 American servicemembers, and took place while civil war raged next door in Syria. (Christopher Q. Stone/U.S. Marine Corps)

WASHINGTON – Chairman of the Joint Chiefs of Staff Gen. Martin Dempsey has laid out in a letter to Congress the options he said the U.S. military is prepared to carry out in Syria if given the go-ahead by civilian leaders.

But he warned action would likely cost billions, risk American lives and potentially drag the United States deeper into war than it might intend.

“Once we take action, we should be prepared for what comes next,” he wrote. “Deeper involvement is hard to avoid.”

In his confirmation hearing before the Senate Armed Services committee Thursday, Dempsey, who was nominated to his second term as the nation’s top military leader, declined to testify on the options and advice on Syria he had given to President Barack Obama.

That led a frustrated Sen. John McCain, ranking Republican member on the committee and an advocate of greater U.S. support of the Syrian opposition, to threaten a hold on Dempsey’s nomination. McCain and committee chairman Sen. Carl Levin, D-Mich., last week sent Dempsey a letter asking for his views on Syria, as well as a range of other topics, including prospects for U.S. success in Afghanistan.

The least involved — a train, advise and assist mission – would require no U.S. troops to be directly involved with fighting as they operated outside Syria and delivered supplies and training, Dempsey said. At an estimated $500 million annually, it could raise opposition fighters’ capabilities but carries a risk that extremists could gain access to U.S. weapons.

A second option, limited stand-off strikes, would target “high-value regime air defense, air, ground, missile and naval forces as well as the supporting military facilities and command nodes,” with strikes launched outside Syria. “Depending on duration, the costs would be in the billions,” Dempsey wrote. Although attacks would degrade Syrian regime capabilities over time, they could spark retaliatory attacks and endanger civilians, he wrote.

A third option, establishing a no-fly zone, would go further, taking out Syrian air defenses to control the skies throughout the country. Because U.S. aircraft would be required to fly over Syrian airspace, the risk to U.S. troops would be higher, Dempsey said. The no-fly zone would cost $500 million upfront and up to $1 billion a month to maintain, he said.

The U.S. military could also establish buffer zones to protect the borders of Turkey or Jordan, or to protect Syrian civilians, Dempsey wrote. Doing so would require partial no-fly zones and would carry many of the same risks and costs.

The most complex option Dempsey outlined — controlling chemical weapons — would require a no-fly zone, air and missile strikes and thousands of troops on the ground. Doing so would cost more than $1 billion a month, he said, adding: “Risks are similar to the no-fly zone with the added risk of U.S. boots on the ground.”

The letter is the first public accounting by the Pentagon of the expected costs and benefits of intervention options, but analysts said it shows the U.S. military is not hungry for a new Mideast war.

“They don’t want to do anything,” said James Carafano, vice president and foreign policy expert at the conservative Heritage Foundation in Washington. “Whatever they do, someone has to pay for it … (but) Congress isn’t in the mood to do a supplemental to fund a war. The Pentagon knows this, and the chiefs are scared to death about it.”

Dempsey’s response, released Monday, stressed that the decision on military action is not his to make.

“The decision over whether to introduce military force is a political one that our Nation entrusts to its civilian leaders,” he wrote. “I also understand that you deserve my best military advice on how military force could be used in order to decide whether it should be used.”

“Military leaders are put in this position frequently, and for the most part they should be hesitant to offer their opinions about taking various actions,” Preble said. “We’ve had many moments in our history where military leaders were asked to give advice to congress as a way of putting pressure on the president.”