‘Cowardly and retrograde’: Rocket strike on Iraq base kills American and British troops, injures others 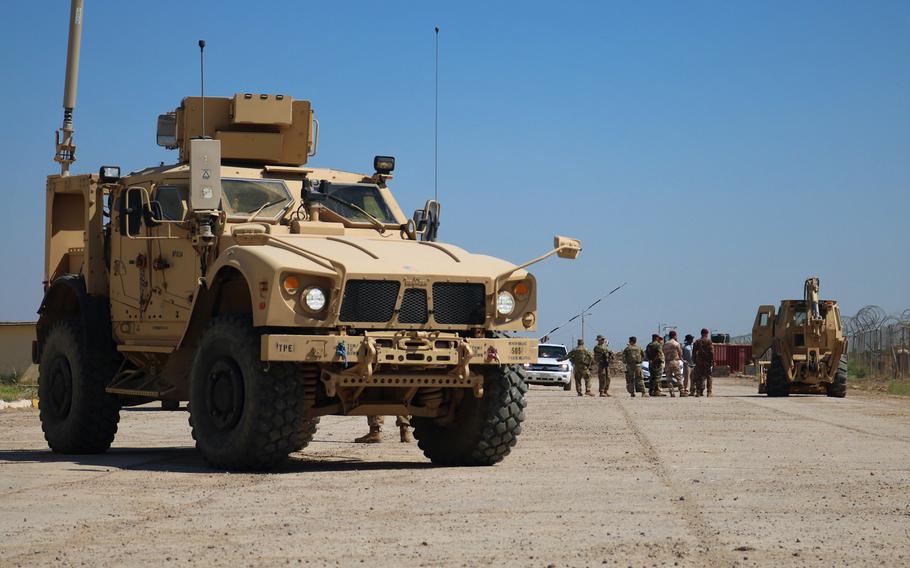 The names of the dead were being withheld pending next of kin notification, the U.S.-led Operation Inherent Resolve said in a statement, which said about a dozen others were wounded.

Lance Cpl. Brodie Gillon, 26, a British Army reservist who set aside her civilian career as a sports physiotherapist and volunteered to deploy to Iraq as a combat medic with the Irish Guards battle group, was killed in the attack, the U.K. Defense Ministry said later Thursday.

“Last night’s attack on UK and coalition personnel was a cowardly and retrograde act,” British Defense Secretary Ben Wallace said in a statement. “The people that did this are not friends of Iraq.”

Coalition and Iraqi security forces were investigating the incident, Inherent Resolve said. While CENTCOM officials were still working to determine responsibility, McKenzie told lawmakers only the Iranian proxy group Kataeb Hezbollah had previously conducted an indirect fire attack “of this scale” against coalition forces in Iraq.

U.S. officials told The Associated Press that airstrike was not related to the Taji attack.

The camp, located about 17 miles north of Baghdad, is home to American and other coalition troops training Iraqi forces. A Polish soldier was wounded in the attack, Poland’s armed forces said on Twitter. No Australian or New Zealand troops were harmed, the militaries of those countries said.

The attack was launched from a truck found a few miles from the base, Iraq’s security information cell said on social media, posting photos of the 36-tube launcher installed in the Kia flatbed. Three rockets were still in the launcher, said the government account, which stated only 10 had been fired.

The attack is the latest in a long series of similar strikes on bases housing U.S. and other foreign troops in the country, and appeared to use a similar vehicle to the ones used in two separate attacks in November and December. An American contractor was killed in a rocket attack at the K1 base in Kirkuk days after Christmas. Retaliatory American airstrikes just before the new year kicked off a series of escalations that saw additional Marines and soldiers rushed to defend the U.S. Embassy in Baghdad and bolster regional security.

The tensions subsided somewhat after Iranian ballistic missile strikes earlier this year left more than 100 American troops at the Ain al-Asad base in western Iraq with traumatic brain injuries. More than 175 civilian passengers and crew were killed when Iranian forces downed an airliner during those attacks.

As the U.S.-Iran tensions played out on Iraqi soil, including a drone strike that killed top Iranian Quds Force commander Gen. Qassem Soleimani, Iraqi lawmakers with ties to Iran pushed the government in Baghdad to have U.S. forces expelled from the country. The U.S. briefly halted its support to Iraqi counter-Islamic State operations to focus on security, but has since resumed its assistance and advising mission.

Wednesday’s attack coincided with what would have been Soleimani’s birthday.

Coalition forces are in the country at the Iraqi government’s request to train local forces and fight ISIS, “not any other party,” the government statement said Thursday morning.

The three coalition deaths came days after two elite U.S. Marine Raiders were killed during a joint U.S.-Iraqi commando raid on a well-defended ISIS mountain stronghold near Iraq’s northern town of Makhmour, making this one of the deadliest weeks for the anti-ISIS alliance since its operations began in 2014.

The U.K. was committed to bringing to justice those who committed Wednesday’s attack, Wallace said.

“My thoughts are with the families of those whose loved ones have been killed or injured,” he said. “We shall not forget their sacrifice.”