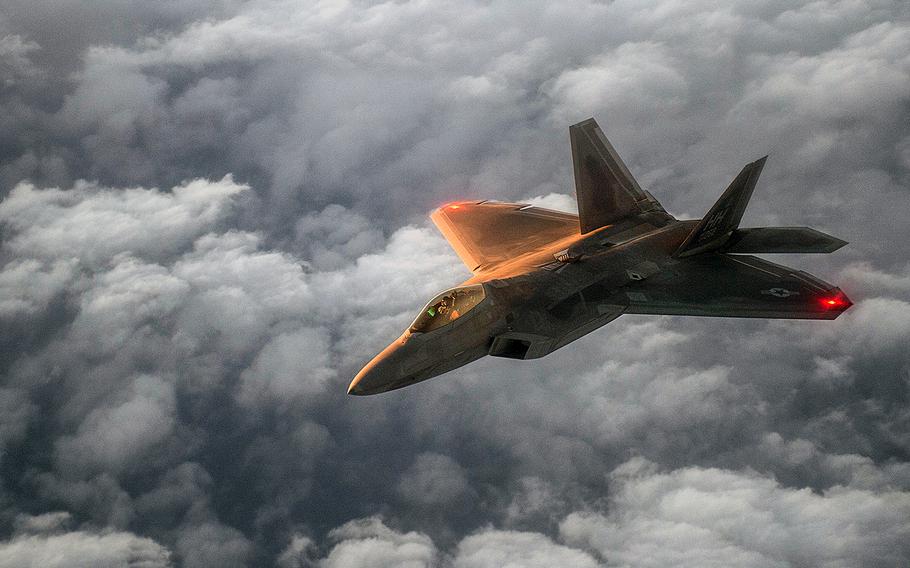 An F-22 Raptor flies a mission on Wednesday Jan. 27, 2016, in support of Operation Inherent Resolve. On Thursday, officials announced that a coalition servicemember died in Iraq from noncombat injuries. (Corey Hook/U.S. Air Force)

A coalition servicemember supporting operations against Islamic State militants in Iraq and Syria died of a noncombat-related injury in Iraq, the Combined Joint Task Force in charge of Operation Inherent Resolve said in a statement.

The incident is under investigation, the statement said.

The coalition didn’t identify the nationality of the servicemember, saying it is policy to defer identification to national authorities.