Close call over Syria between Russian and US aircraft 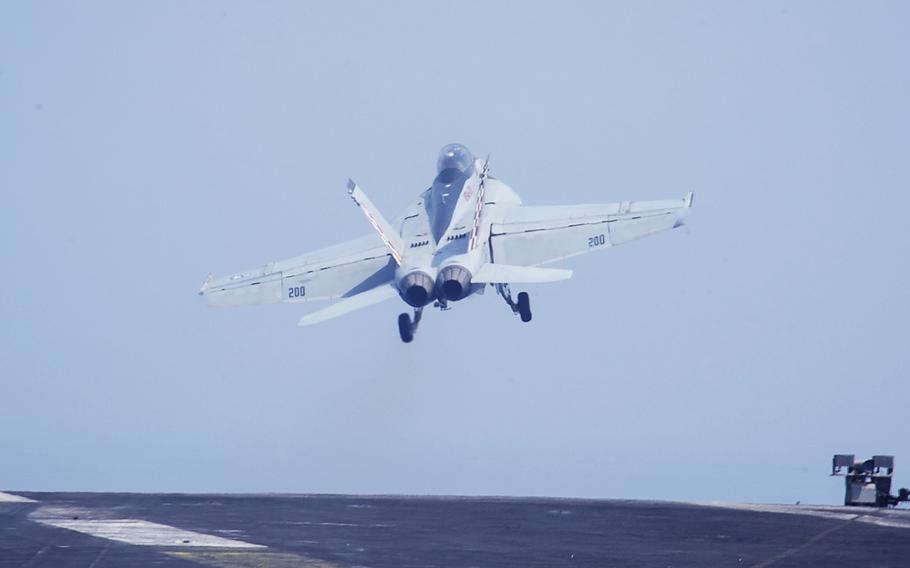 WASHINGTON — Russian aircraft had another close call with U.S. and coalition aircraft Saturday over Syria, as the two nations continue to negotiate safety guidelines for pilots conducting airstrikes over the country.

They “came within visual recognition,” Col. Steve Warren, a spokesman for Operation Inherent Resolve, said Tuesday during a Pentagon news briefing in Baghdad.

“All pilots conducted themselves appropriately,” Warren said. “But it is dangerous. It is dangerous if two sets of aircraft come into the same piece of airspace without very clear laid-out protocols.”

The incident was the latest of several close calls to happen since Russia began an air campaign in Syria two weeks ago, designed to buoy Syrian President Bashar Assad’s regime in the country’s almost five-year civil war.

Warren said Russian and U.S. jets on Saturday flew between 10 and 20 miles of each other, but he could not say over what part of Syria it took place.

At about the same time that U.S. and Russian aircraft made visual contact Saturday, negotiators for the countries were meeting for a second time on protocols on the distance between aircraft, common languages and radio frequencies that the two forces will employ to avoid mishaps or collisions.

Pentagon Press Secretary Peter Cook said discussions during a 90-minute video conference between U.S. and Russian officials on Saturday “focused narrowly on the implementation of specific safety procedures. Progress was made during the talks.”

Department of Defense ‎officials will hold another video conference Wednesday with officials from the Russian Ministry of Defense about safety guidelines for pilots over Syria.

The close calls between Russian and U.S. aircraft have happened “several times” since Russia’s air campaign began, Warren said. Most of the incursions involved Russian aircraft shadowing a U.S. or coalition drone, he said.

However, Warren said this is at least the second incident involving U.S. or coalition manned aircraft.

Since Russia began its air campaign Sept. 30, it has conducted about 80 airstrikes, largely clustered around the rebel-held Syrian cities of Homs and Hama, Warren said. He said “only a fraction of those” strikes have hit Islamic State targets or Islamic State-dominated areas.

In the same time, U.S. and coalition aircraft conducted 68 airstrikes against Islamic State targets in Syria.