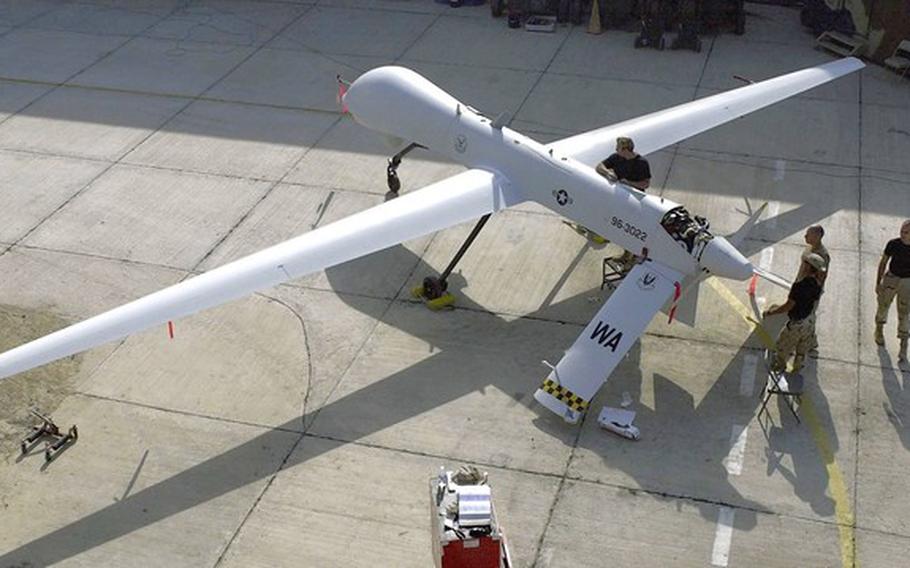 Members of the 11th Reconnaissance Squadron from Indian Springs, Nev., perform preflight checks on a Predator drone before a mission in November 2001. (Courtesy of the U.S. Air Force)

Members of the 11th Reconnaissance Squadron from Indian Springs, Nev., perform preflight checks on a Predator drone before a mission in November 2001. (Courtesy of the U.S. Air Force) An unmanned aerial vehicle (UAV) or drone operated by the U.S. military. (Photo courtesy of the DOD) 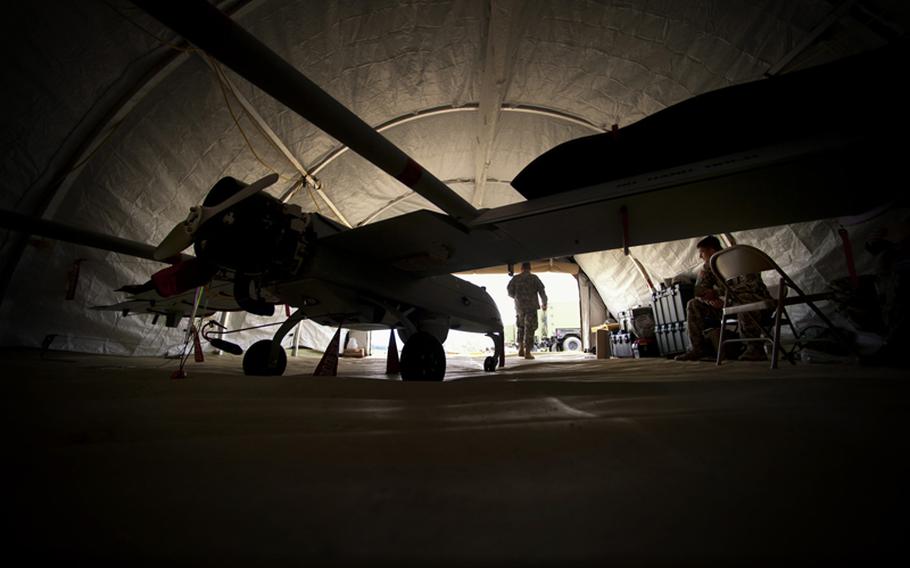 A new analysis from a global citizen advocacy group on the secretive U.S. drone campaign claims there is very little knowledge of the actual number of civilian casualties connected with each strike, despite official information to the contrary, according to a report on Wired.com.

The Obama administration has previously stated that civilian casualties from the Pakistan drone war were in the single digits, while the Bureau of Investigative Journalism estimates the minimum death toll is closer to 450, according to the story.

The point, according to Sarah Holewinski, executive director of the Center for Civilians in Conflict, is that no group or government body can speak with authority to the number of deaths from the airstrikes in Pakistan, Somalia and Yemen, mostly because of a lack of intelligence gathering on the ground.

Unlike the military, which the story describes as "relatively transparent" in its Afghanistan assessments, the CIA and Special Forces in charge of drone strikes are a "black hole," said Holewinski.

The report, "Living Under Drones," interviewed survivors and family members in the region and ultimately recommended that the Obama administration re-evaluate the principle that drones were high-tech instruments of precision.