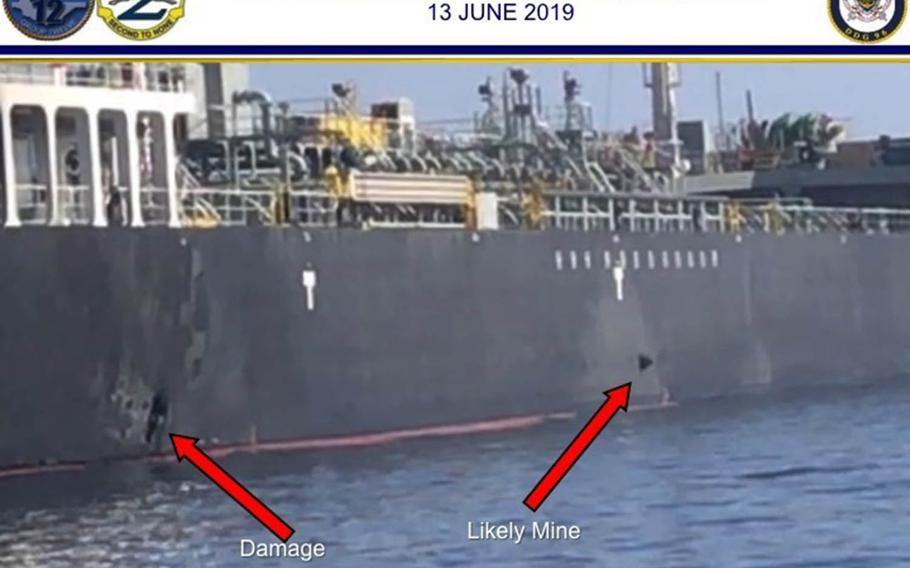 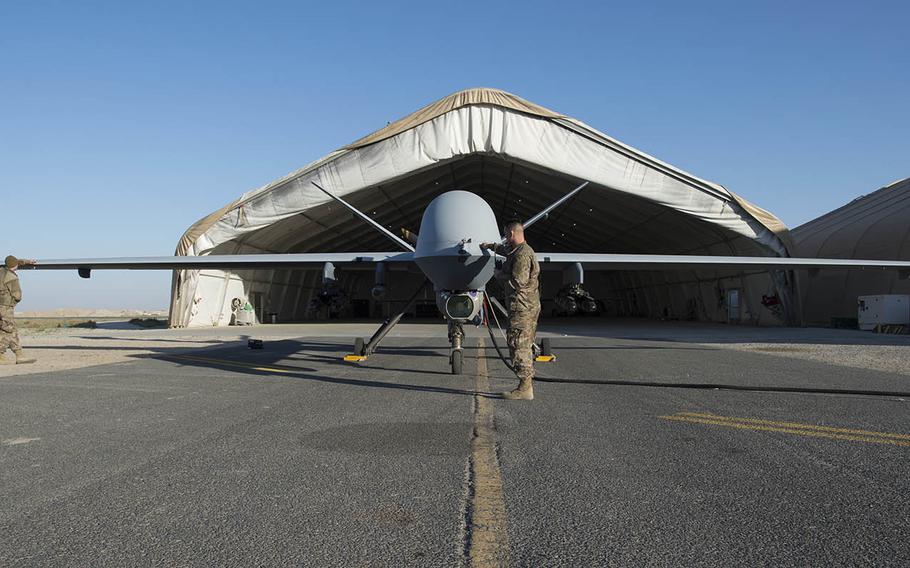 The CENTCOM statement confirmed earlier reports of the incident, which took place earlier this month, and comes as the U.S. has accused Iran of attacking merchant ships in the region amid rising tensions in a standoff between Washington and Tehran.

The drone was shot down June 6 by what officials believe was a SA-6 missile. About a week later, on Thursday, a second surface-to-air missile — a modified SA-7, CENTCOM said — was shot at another MQ-9 over the Gulf of Oman, but missed its target by about half a mile.

In that case, the unmanned aircraft had arrived minutes earlier over the M/T Front Altair, which was on fire following what U.S. officials have attributed to a mine attack by the Iranian Republican Guard Corps. Tehran has denied involvement in the incident.

“Subsequent analysis indicates that this was a likely attempt to shoot down or otherwise disrupt the MQ-9 surveillance of the IRGC attack on the M/T Kokuka Courageous,” CENTCOM spokesman Lt. Col. Earl Brown said in a statement.

The missile shot could explain confusion over the incident in the Strait of Hormuz, which the Japanese tanker ship’s owner said he believed was caused by flying objects that caused an explosion and put a hole in the ship. Some of the crew reported seeing two shots.

Company officials had said Thursday that the vessel first had been hit toward the stern by what appeared to be an artillery shell, causing a fire in the engine room. The tanker was carrying methanol from Saudi Arabia to Singapore at the time. The crew was able to extinguish the fire.

The U.S. has said the vessel was attacked with limpet mines, and last week released a video showing what it said was an Iranian vessel removing an unexploded mine from one of the ships. Officials have said Iran took the device to hide evidence of its involvement.

Limpet mines are designed to disable a vessel without sinking it. They are magnetic and attach to the hull.

But Yutaka Katada, president of Kokuka Sangyo, theorized that a mine would have caused more widespread damage than what the Kokuka Courageous suffered, though he said, “This is just an assumption or a guess.”

Three hours after the first blast, the ship was attacked again amidships on the same side, after which the captain ordered the crew to take to the lifeboats.

The U.S. Navy sent the USS Bainbridge in response to calls for help from the Front Altair, which was carrying flammable naptha, and the Kokuka Courageous. The Bainbridge picked up 21 sailors from the Japanese vessel.

The crewmembers of the Norwegian-owned Front Altair originally were picked up by a passing ship, but then were handed over to Iran. They were released and arrived in Dubai on Saturday.

The suspected attacks follow similar incidents in which four other oil tankers were damaged off the nearby port city of Fujairah in the United Arab Emirates in recent weeks.

Last month, citing increasing threats from Iran in the region, the U.S. rushed an aircraft carrier strike group, a bomber task force and other military assets to the region.

Since last year, when President Donald Trump withdrew America from the 2015 nuclear deal that Iran reached with world powers, the administration has been imposing sanctions that have strained Iran’s economy and have cut into its oil exports.

In response, Iran’s leaders repeatedly have threatened to close the Strait of Hormuz, through which 20% of the world’s oil flows. Tehran also has threatened to begin enriching uranium closer to weapons-grade levels if European nations don’t offer new terms for the nuclear agreement.

Iran has accused the U.S. of escalating tensions in the region and said American forces there are a destabilizing presence. Washington, however, has said its moves are aimed at protecting its interests and allies in the region and does not want to fight in another conflict in the region.