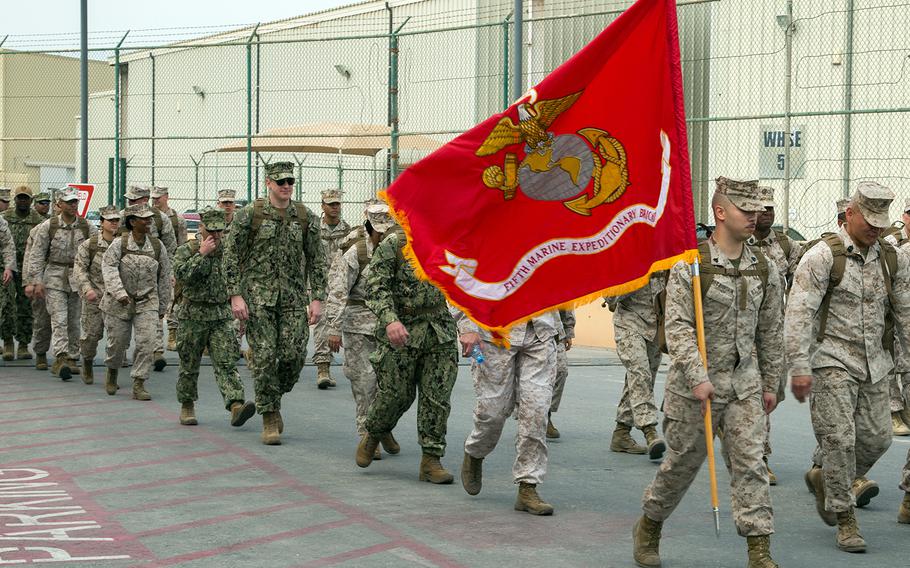 A U.S. service member died Tuesday from a noncombat-related incident in Bahrain, Marine Corps Forces Pacific announced in a statement later that day.

The service member, whose name and service branch were not revealed in the statement, was assigned to the Naval Amphibious Force, Task Force 51/5th Marine Expeditionary Brigade.

“The service member’s remains are in the process of being returned to the United States,” the statement said. “The U.S. Marine Corps and Naval Criminal Investigative Service is investigating the circumstances of the death.”

The identity will be revealed 24 hours after next-of-kin notification, it added.

The Manama-based task force is charged with “coordinating crisis response capabilities and positioning Navy and Marine Corps forces throughout [U.S. Central Command’s area of responsibility] to ensure command and control of forces at sea, from the sea and ashore,” according to the Marines.