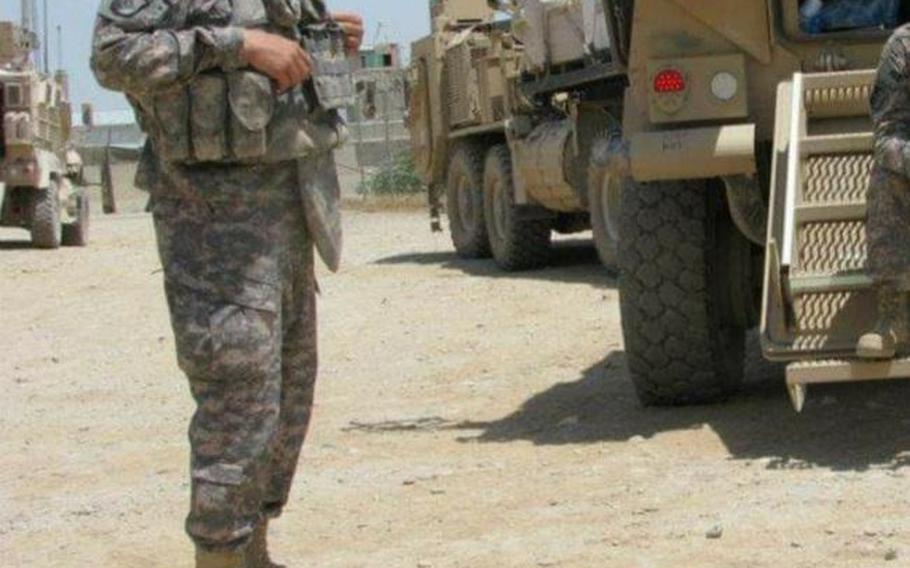 The 55-year-old from Richmond, Va., was found dead in his living quarters at Ali Al Salem Air Base in what officials said was a noncombat-related incident. Circumstances of the incident are under investigation, the Army said.

Pantos was assigned to 55th Sustainment Brigade, an Army Reserve unit based at Fort Belvoir, Va. He was a heavy-wheeled vehicle operator who enlisted in March 2007, according to his official service record.

He previously deployed for 11 months to Afghanistan in 2011.

“Today we lost a valued member of our team. Staff Sgt. Christopher Pantos served with distinction as a citizen soldier and is an inspiration to everyone around him,” said Brig. Gen. Justin M. Swanson, commander of the 310th Sustainment Command. “Just last month I had the opportunity to meet with Christopher, and he spoke to me about his passion for life and his mission overseas. Our deepest condolences go to his family and friends during their time of loss and grief.”

Pantos also worked for the U.S. Postal Service and volunteered at the Military Aviation Museum, where he took visitors on tours of multiple hangars that housed more than 80 aircraft from World Wars I and II, according to his unit.

Capt. Joshua Cameron, commander of the Headquarters and Headquarters Company of the 55th Sustainment Brigade, said Pantos was passionate about his volunteer work.

“Sgt. Pantos was a knowledgeable and dedicated noncommissioned officer who volunteered to deploy in service to this nation. Our hearts are with his family who lost a loving father and his fellow soldiers who lost a beloved friend, mentor and teammate,” Cameron said.

The death was at least the second of an American service member in Kuwait this year. Another soldier, Staff Sgt. Anthony Bermudez, was killed in a noncombat vehicle crash in January near Kuwait’s Camp Buehring, according to the Army.

Ali Al Salem Air Base is in central Kuwait and hosts several thousand U.S. troops, primarily from the Air Force. U.S. forces there largely support operations in Iraq, Syria and other locations across the Middle East and central Asia, including Afghanistan. In December, the Army acknowledged it had deployed a Patriot missile air defense unit to the base, among other Army personnel stationed there.