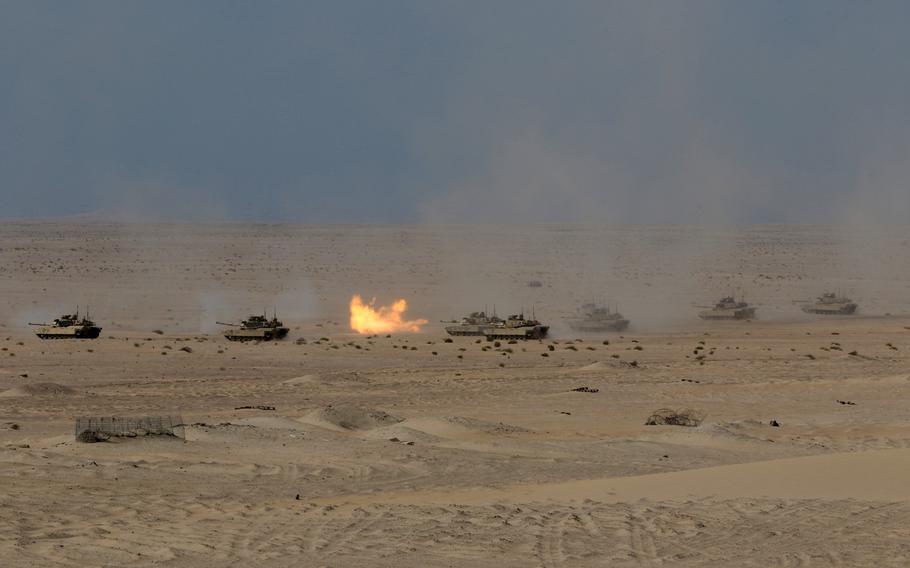 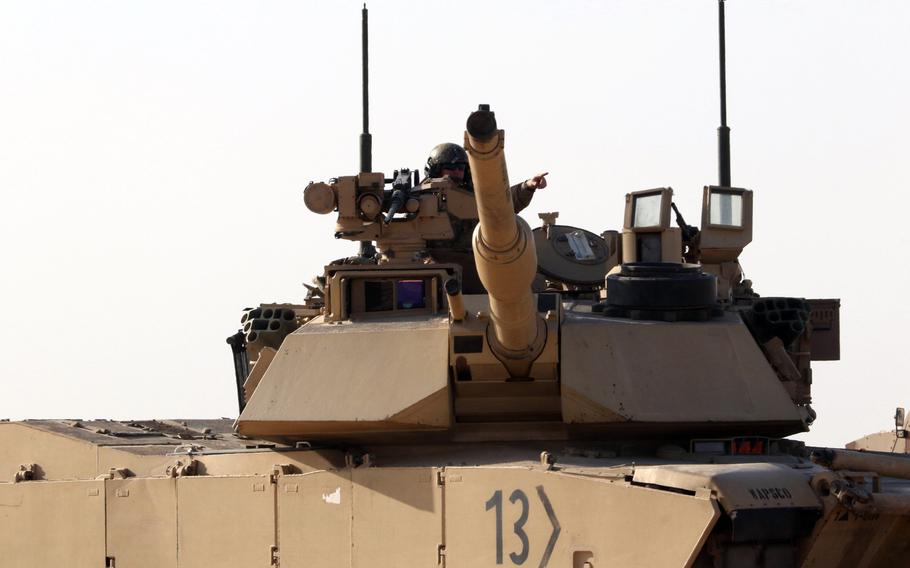 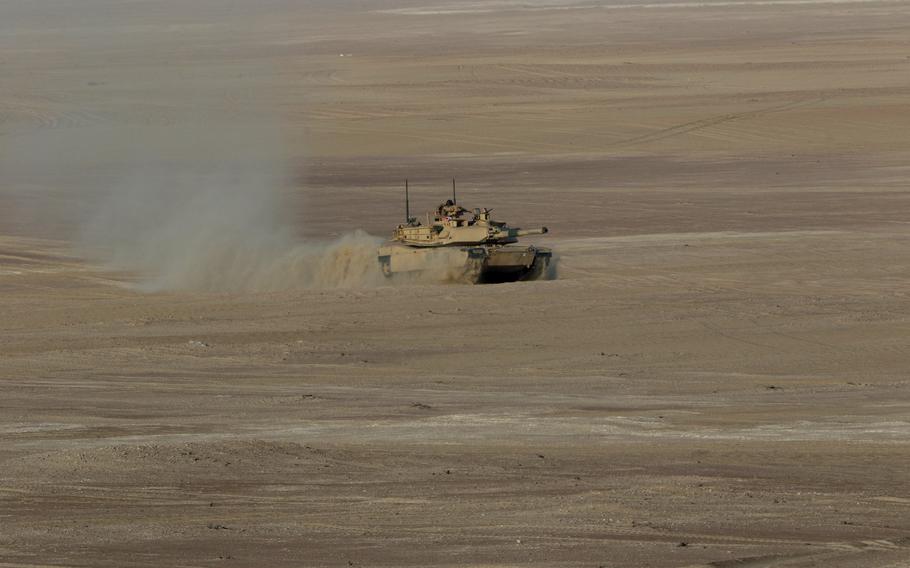 An M1 Abrams tank maneuvers during exercises between American and Emirati forces in Abu Dhabi, UAE. The exercise, which ran from Jan. 21 â€“ Feb. 5, 2021, was the first bilateral military exercise in the Gulf region since the start of the coronavirus pandemic. (Daryl Bradford/ U.S. Army) 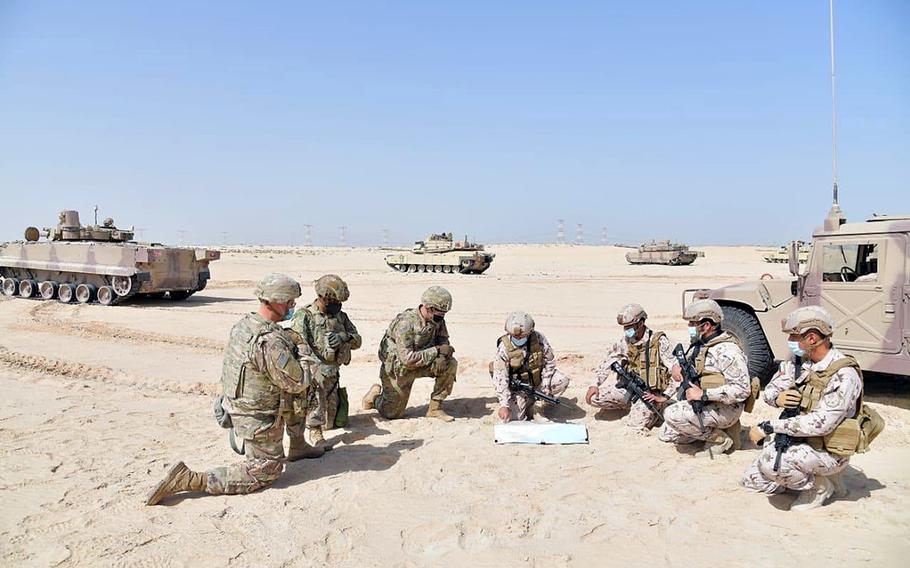 The Army wrapped up its first bilateral military exercise in the Persian Gulf region Friday since the start of the coronavirus pandemic.

About 100 U.S. soldiers and 100 troops from the United Arab Emirates participated in the Iron Union exercise, which lasted about two weeks in the Abu Dhabi desert and included coronavirus protection measures.

Field training drills, normally held quarterly, had been suspended in March due to the pandemic.

Resuming drills is important to help keep both militaries ready in a volatile region, said Maj. Gen Patrick Hamilton, commanding general of Task Force Spartan, which is based in Kuwait and supports U.S. military activities in the Gulf.

The best way to deter aggression “is to continue to train together, help build partner capacity and support our regional partners,” Hamilton said in an email. “This exercise accomplished that.”

Tank maneuvers were a major component of the exercise, but other field drills were replaced to mitigate coronavirus risks, Task Force Spartan said in a statement.

Iron Union participants included a mechanized infantry company from the Fort Bliss, Texas-based 1st Armored Division, which was joined by a reinforced Emirati army company. The units formed a single battalion task forces for the exercise.

The U.S. has several thousand troops based in each of the six Gulf states, with about 3,500 in the UAE., a Congressional Research Service report said in September.

Last year, the U.S. deployed extra troops to the region amid escalating tensions with Iran, which culminated in Tehran launching ballistic missile strikes on Iraq in response to the U.S. killing of Iran’s Maj. Gen. Qasem Soleimani in a drone strike early last year.

“We understand that security must be earned, and it’s only earned through hard work,” Bonnema said in an email.