Army Ranger who died after being wounded in Afghanistan remembered as positive, dedicated soldier 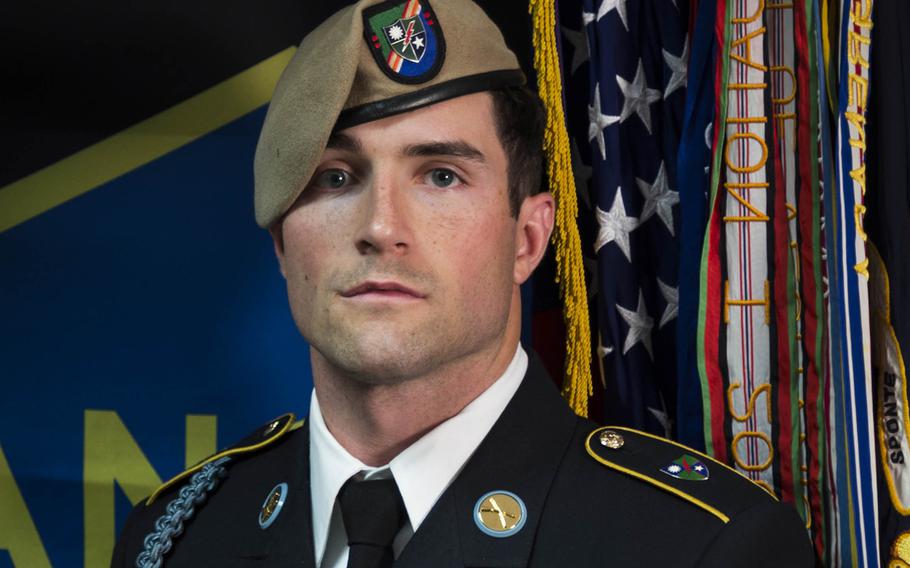 Army Sgt. Cameron A. Meddock was known throughout his small town in Texas as a positive and supportive friend, always willing to help out when someone needed something. Now the town of Spearman is coming together to support his family, in the wake of his death from wounds sustained while deployed to Afghanistan.

Meddock, a 26-year-old Army Ranger, was wounded Sunday by small arms fire while fighting in the Jawad district of Afghanistan’s Badghis province, according to the Pentagon. He died Thursday at Landstuhl Regional Medical Center in Germany.

His wife, Stevie, who is pregnant with their first child, was able to travel from their home in Washington state and be with him, according to a GoFundMe campaign on behalf of Meddock’s father that aims to raise money to help cover the expenses of the family’s hasty travel overseas.

Meddock was a member of the 2nd Battalion, 75th Ranger Regiment at Joint Base Lewis-McChord, Washington. This was his second deployment in support of Operation Resolute Support, according to a biography provided by Lt. Col. Loren Bymer, a spokesman for Army Special Operations Command.

“Sgt. Cameron Meddock is one of America’s precious sons,” Col. Brandon Tegtmeier, commander of the 75th Ranger Regiment, wrote in an emailed statement. “The entire nation should strive to emulate the warrior, patriot and husband that Cameron was.”

Meddock and his wife married in 2017 and photos on their Facebook profiles show them hiking together.

Jordon Snider, who attended Spearman High School with Meddock, said his friend was always positive. He laughed thinking about some of the mischief they got into together.

“He was really good to have around and be around,” Snider said. “He always had something positive to say and was always willing to help no matter what you had going on without any expectation of anything.”

Snider launched a GoFundMe campaign as a memorial to help cover future travel expenses for Meddock’s family to visit their soon-to-be-born grandson in Washington. The raised funds will also go to help Meddock’s widow with the expenses of a new baby.

“I’m just trying to get Stevie and his parents as much as we possibly can. I just really want to help them,” Snider said.

Though he and Meddock weren’t as close after high school, Snider said he wasn’t surprised to see Meddock join the Army and become a Ranger. In school, Meddock was a dedicated athlete, playing football and running hurdles with the track team.

“All through school and growing up, he was very dedicated. Whatever he did, he did it 110 percent and made it happen. Whatever he’s doing, he’s doing to its fullest,” Snider said.

Meddock enlisted in November 2014 and completed infantry and airborne training before completing the Ranger selection process at Fort Benning, Ga. He was then assigned to Company A of the 75th Ranger Regiment’s 2nd Ranger Battalion, where he served as a machine gunner, automatic rifleman, gun team leader and most recently a fire team leader.

He was a “phenomenal Ranger,” Lt. Col. Rob McChrystal, commander of 2nd Ranger Battalion, said in a statement.

“Our prayers for comfort are extended to his family in their time of grief,” Abbott wrote in a letter requesting the flag designation. “I urge all Texans to appropriately remember Sgt. Meddock’s sacrifice made to Texas and the United States.”