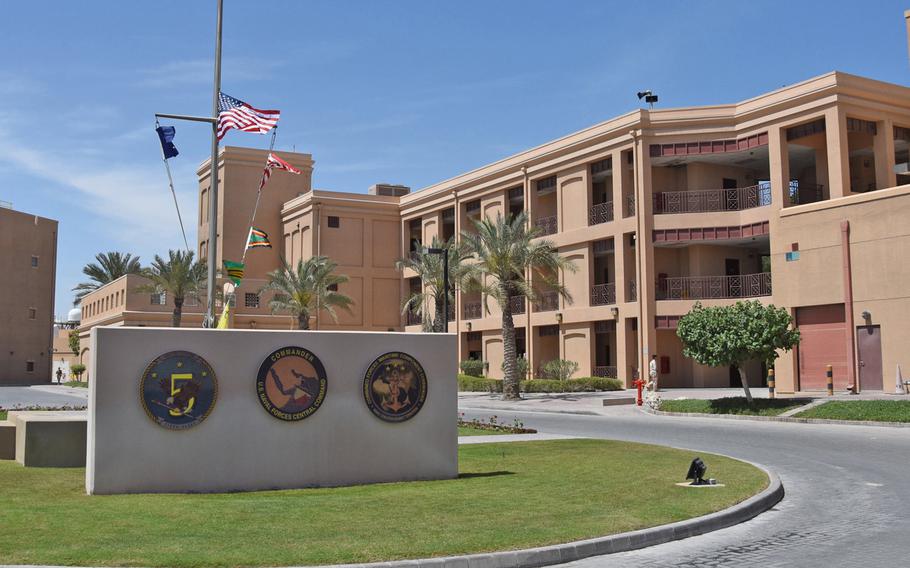 A Navy officer who housed Thai prostitutes in his government quarters in Bahrain, even after the military warned him he was under investigation, has had part of his conviction thrown out on appeal.

The U.S. Navy-Marine Corps Court of Criminal Appeals this month set aside one of two charges of conduct unbecoming an officer that Lt. Cmdr. Joseph Nelson was convicted of in 2019, saying the prosecution had not provided enough evidence to support it.

The appeals court reduced the amount of pay the reservist and U.S. Naval Academy graduate should have to forfeit, from $7,596 a month for four months to $6,596 monthly over the same period, but upheld his dismissal from the Navy.

Nelson was convicted in 2019 on two counts of conduct unbecoming an officer — one for making a false statement and one for cohabitating with prostitutes. He was also convicted of unauthorized absence and patronizing prostitutes and sentenced to forfeiture of pay and dismissal.

He argued on appeal that his sentence was “inappropriately severe,” in light of the nature of his misconduct and 12 years of meritorious military service.

Over the course of several months, he allowed some of the women to stay in his government-provided quarters with him rent-free to escape from their previous living conditions, the documents stated. The women cooked and cleaned for him in exchange, according to the documents.

“Although his motives in allowing the prostitutes to live with him may have been mainly altruistic, after being put on notice in January 2018 that his conduct in this regard was under law enforcement scrutiny, he persisted in living with the prostitutes until May 2018,” the appeals court wrote in its decision.

He continued to house the women after being interviewed in January 2018 by Naval Criminal Investigative Service agents investigating alleged sex trafficking involving U.S. sailors in the island nation, the court documents showed.

When investigators searched his residence in May of that year, they found a Thai woman hiding behind a bedroom door, the documents said.

His tour was cut short and he was sent home, reporting to the Navy Operational Support Center in New York.

After he failed to show up for work on June 19, 2018, and didn’t answer phone calls and emails from supervisors, he was declared a deserter.

The U.S. Marshals Service arrested him the following month at his New York City apartment and he spent 305 days in confinement before his trial in 2019.