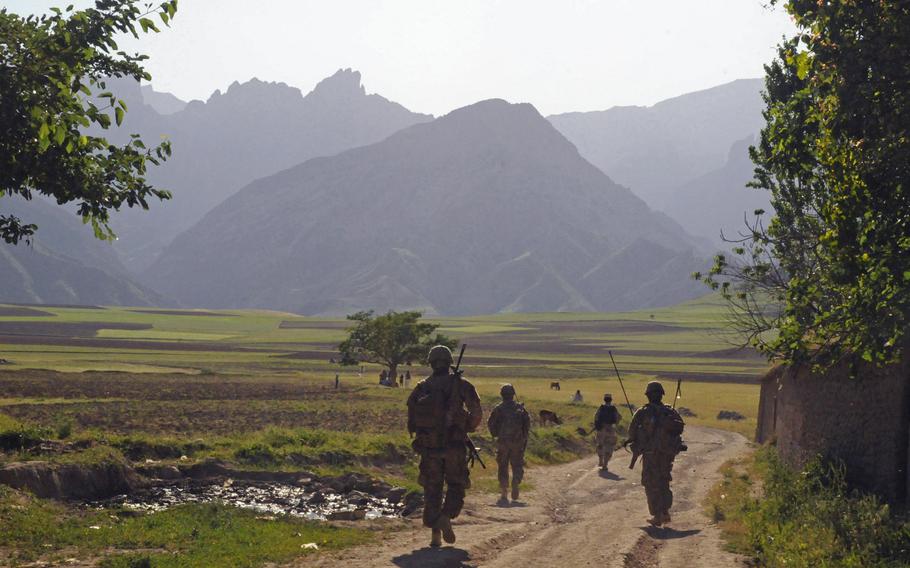 KABUL, Afghanistan — Afghan government forces are advancing on a remote mountain region that was overrun by the Taliban last week, but they have yet to retake the district center, a spokesman said Wednesday.

Ahmad Naveed Frotan, spokesman for the Badakhshan province governor, said security forces had made steady progress over the last three days in their effort to dislodge Taliban insurgents from Yamgan district, which they occupied in a surprise attack on Saturday. The fighting was now focused on Arghand village, on the outskirts of the district center.

Thirty insurgents have been killed and wounded in combat, Frotan said. Five members of the security forces, have been injured.

“Serious fighting is going on,” he said in a telephone call from the district capital of Faizabad.

It was not possible to get immediate comment from the Taliban. But spokesman Zabiullah Mujahid on Saturday said that “a large number” of policemen and soldiers had been killed in the initial fighting.

The Taliban launched their summer offensive in April – the first since most U.S. and NATO forces were withdrawn following the end of their combat mission in 2014.

Much of the fighting in this year’s campaign has taken place in Afghanistan’s northern regions, which have seen less combat during the 14-year war than provinces in the south and east, the Taliban’s traditional strongholds.

Although the Taliban are heavily outnumbered by army and police, the insurgents have been able to quickly concentrate large numbers of fighters in surprise raids against isolated government outposts. About 300 guerrillas are reported to have taken part in the weekend attack in Yamgan district.

Almost 1,000 people have been killed in the fighting so far, according to U.N. statistics. Nearly 2,000 have been wounded.