Afghan government is open to talks with the Taliban, but only with a cease-fire 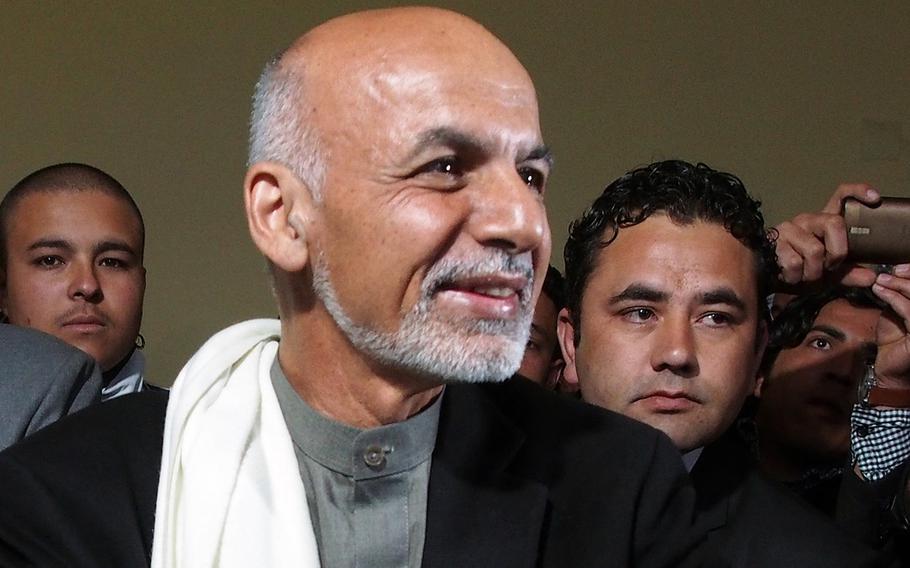 Afghan President Ashraf Ghani in Kabul. Ghani said his government is prepared to pick up peace talks with the Taliban after the U.S. abruptly pulled out, but only if the insurgents agree to a cease-fire, media reports said on Monday, Sept. 9, 2019. (Stars and Stripes)

Afghan President Ashraf Ghani in Kabul. Ghani said his government is prepared to pick up peace talks with the Taliban after the U.S. abruptly pulled out, but only if the insurgents agree to a cease-fire, media reports said on Monday, Sept. 9, 2019. (Stars and Stripes) 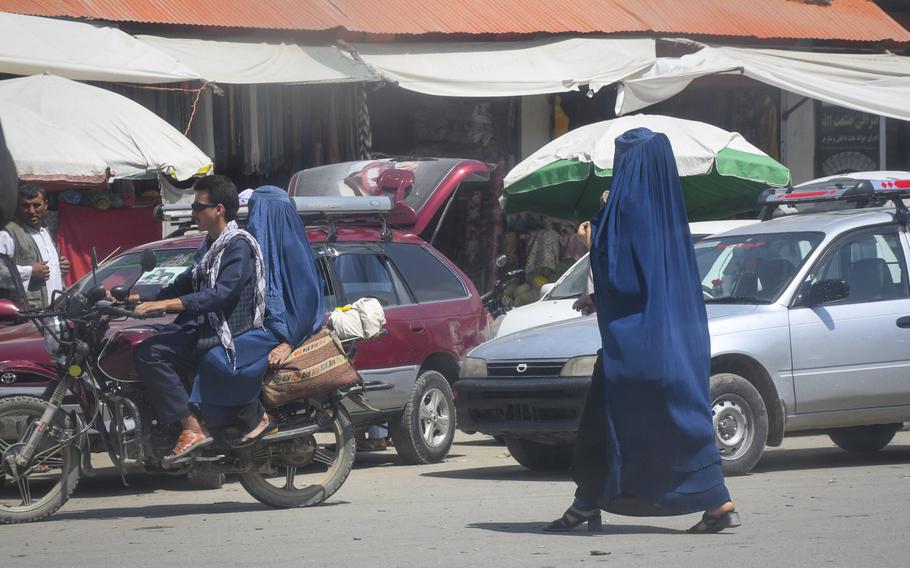 A local woman wears high heels under a chadaree, or Afghan burqa, as she walks through the markets of Faizabad, the provincial capital of remote Badakhshan province, July 15, 2019. Despite a Taliban statement early this year that said the group is "committed to all rights of women," locals in Badakhshan have said that, in the parts of the province controlled by the group, girls aren't allowed to go to school after sixth grade. (J.P. Lawrence/Stars and Stripes) 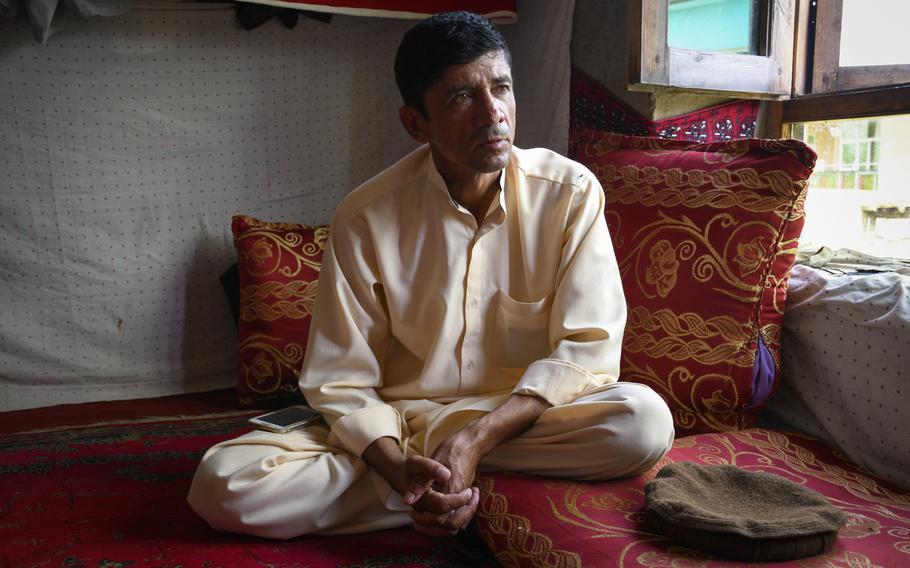 Najibullah Fakhri, a local representative in the town of Baharak in Afghanistan's Badakhshan province, is shown in a photo taken in July 2019. Fakhri says the Taliban have lied throughout peace talks with the U.S., hoping to secure a deal that would see coalition troops withdrawn from the country and allow the militant group to return to power. (J.P. Lawrence/Stars and Stripes)

The Afghan government is ready to pick up peace negotiations with the Taliban after they were abruptly called off by President Donald Trump but the insurgents must first agree to a cease-fire, Afghanistan’s president said Monday.

Afghans were bracing for more violence following Trump’s surprise weekend announcement, in which he blamed the breakdown of the peace process on continued Taliban attacks, including a suicide car bombing that killed an American soldier Thursday near the U.S. Embassy in Kabul.

It was unclear when or if the peace process could be revived, but Trump told White House reporters Monday that the talks were "dead."

In a speech in Kabul reported by Tolo News, President Ashraf Ghani said Afghanistan has “chosen sustainable and dignified peace and we will not go back."

"Negotiations are impossible without a ceasefire,” he added. “We created the environment for peace, but the Taliban took it wrong.”

Ghani, whose government was not included in the now stalled negotiations, has invited Taliban chief Maulvi Hibatullah Akhunzada to a video conference and urged him to “at least talk with people” instead of hiding, The Associated Press reported. The insurgents dismiss Ghani’s government as a U.S. puppet.

Even as Afghans prepared for the violence to drag on, many said the breakdown of the talks was inevitable, calling the insurgents untrustworthy liars who only wanted to return to power.

The Taliban have been lying throughout the peace talks, hoping to secure a deal that would see coalition troops pull out of the country, said Najibullah Fakhri from northeastern Badakhshan province. Badakhshan never fell under Taliban control when the militants ruled the country in the 1990s, but several districts in the province have been overrun by the insurgents in recent years.

“The Taliban do not speak honestly,” said Fakhri, who fled his home in the district of Jurm, southeast of the Badakhshan’s provincial capital, Fayzabad, five years ago when the militant group began fighting there. “They are just trying to come into power again.”

Afghanistan was “in chaos,” said Malik Abdul Hadi, a tribal elder in Afghanistan’s eastern Laghman province, after Trump announced Saturday that he had called off peace negotiations and canceled secretly planned talks that would have been held separately with the Taliban and the Afghan government over the weekend in Camp David, Md.

“After nine months of talks, there is no result,” Hadi lamented.

“The Taliban cannot be trusted,” he added, echoing what Trump said on Twitter — that he’d called off the talks because “the Taliban’s persistent, grisly violence made them untrustworthy partners.”

What the Taliban said during the talks with the U.S. in Doha “is very different from what they are doing here,” said Fakhri, who represents some 3,000 families who fled to the Badakhshan city of Baharak after militants took control of their towns.

Despite a Taliban statement this February that said the group is “committed to all rights of women,” locals in Badakhshan have said that, in the parts of the province controlled by the group, girls aren’t allowed to go to school after sixth grade.

Watching television, listening to the radio, playing music, or using mobile phones are all banned in those regions, Fakhri and other locals said.

Men are flogged for committing acts of “vice,” which have included things such as flying a kite or having too short a beard. At the same time, “the Taliban are beating our wives,” said Fakhri.

While many Afghans appear to lack faith in the goodwill of the insurgents, they also mourned the loss of a chance for peace after the cancelation of the U.S.-Taliban talks.

“Every day, Afghan people are killed,” said Basher Walizada, a businessman from Logar province. “Every day (there is) explosion.”