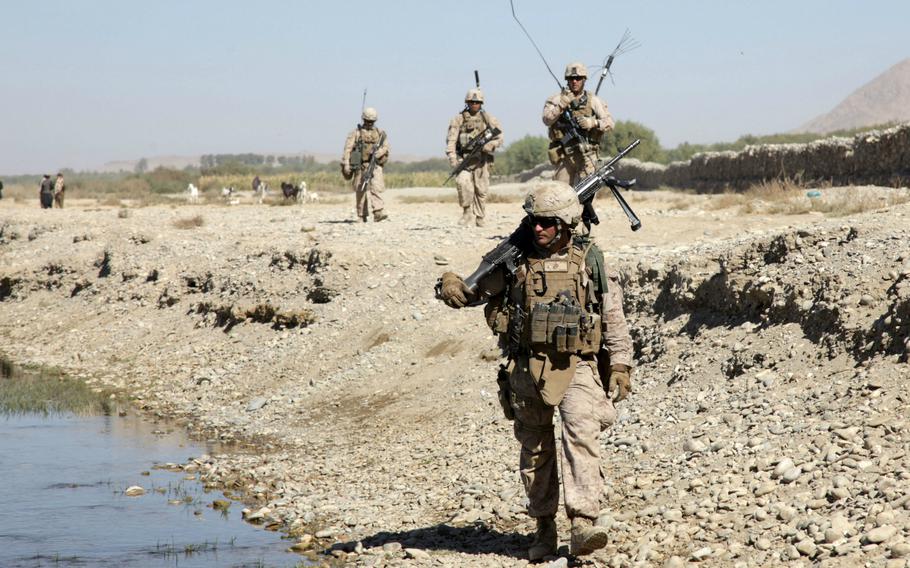 The attack occurred on an Afghan military compound in Helmand province. It coincided with reports that Taliban insurgents had overrun the center of Musa Qala, a strategically important district center in Helmand.

DOD is withholding their identifications 24 hours, as families are notified. Their service branches were not identified.

The coalition statement said Afghan and Resolute Support officials were “reviewing the incident.” No group immediately claimed responsibility for the attack.

It was the third such attack suffered by U.S. and NATO forces since the official end of the coalition’s combat operations last December.

In April, Army Spc. John Dawson was killed and eight other soldiers were wounded when an Afghan soldier opened fire on American troops in eastern Afghanistan’s Nangarhar province. Dawson was the first U.S. fatality since the end of NATO’s combat mission.

In January, three American contractors were shot and killed by an Afghan soldier at the coalition’s compound at Kabul airport.

“We abandoned the district administrator’s office, police headquarters and the central hospital” after insurgents launched coordinated attacks against all three locations on Tuesday, Mohammad Sharif said by telephone.

Military and police forces in the besieged district are still resisting, launching sporadic counterattacks against the insurgents, he said. But they are running out of ammunition and supplies, he said. “We have asked for help several times, but no one heard us.”

But Omar Zwaak, spokesman for Helmand governor, said military and police reinforcements had arrived from Kabul and were preparing to push Taliban fighters from their positions around the district center.

Musa Qala, a key opium-growing area, has long been a stronghold of the Taliban, who have traditionally controlled its lucrative drug trade. Insurgents carried out a string of successful, coordinated attacks against military and police checkpoints within the district before being driven out by Afghan forces in June.

During this year’s fighting season, the guerrillas managed to overrun a handful of the country’s approximately 300 district centers and hold them for brief periods before being chased out by government reinforcements.