100,000 civilians killed or injured in Afghanistan in 10 years, UN says 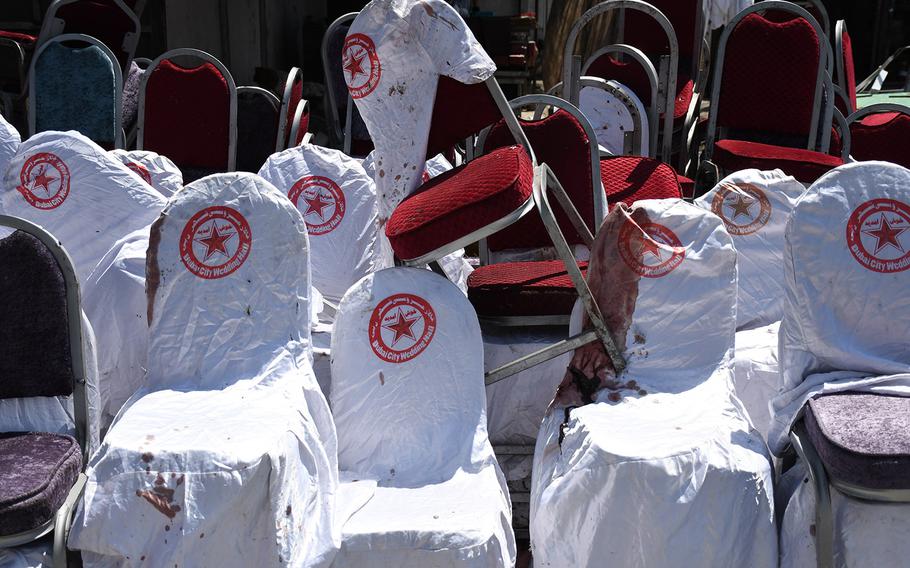 Buy Photo
Blood-stained chairs are stacked outside the Dubai City Wedding Hall in Kabul on Aug. 18, 2019, a day after a suicide attack at the venue killed dozens of people. (Phillip Walter Wellman/Stars and Stripes)

Buy Photo
Blood-stained chairs are stacked outside the Dubai City Wedding Hall in Kabul on Aug. 18, 2019, a day after a suicide attack at the venue killed dozens of people. (Phillip Walter Wellman/Stars and Stripes) 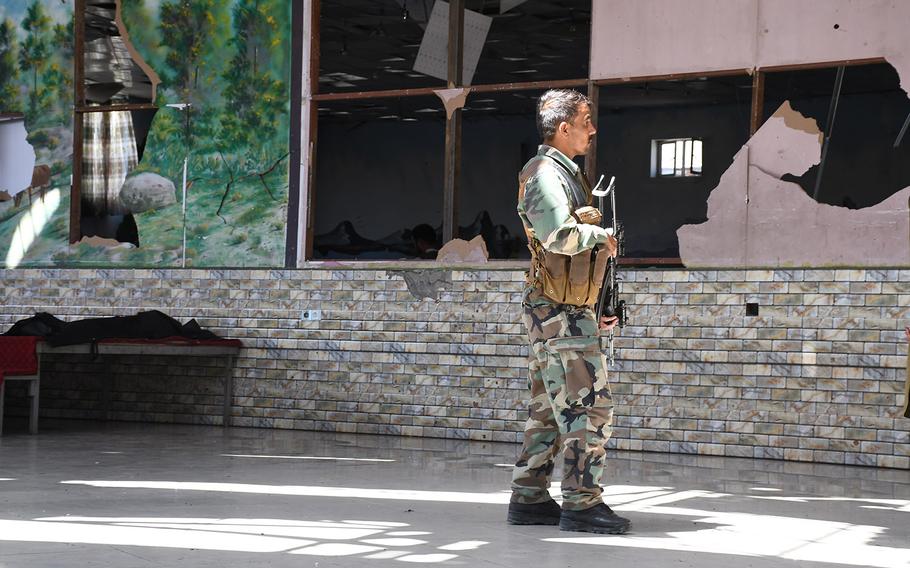 Buy Photo
An Afghan security official patrols the Dubai City Wedding Hall in Kabul on Aug. 18, 2019, a day after a suicide attack at the venue killed dozens of people. (Phillip Walter Wellman/Stars and Stripes)

KABUL, Afghanistan — Over 100,000 civilians have been killed or injured by the war in Afghanistan in the past decade, the United Nations said in a report released Saturday.

The announcement came just hours after the U.S. and Afghan militaries began a weeklong period of reduced violence with the Taliban, which could lead to a peace agreement being signed between the U.S. and the insurgents next week and an eventual withdrawal of American forces from the country.

Despite the “grim milestone,” the overall number of civilian war casualties documented last year dropped to a six-year low, the U.N. said, adding that the decrease was largely due to fewer attacks by the local Islamic State affiliate.

The number of noncombatants killed or injured by the U.S. and the Taliban both increased last year compared to the year before, as the sides engaged in peace talks, the U.N.’s data showed.

The U.N. Assistance Mission in Afghanistan documented over 3,400 civilians killed and nearly 7,000 injured by the war in 2019, a 5% decrease from the year before.

“Almost no civilian in Afghanistan has escaped being personally affected in some way by the ongoing violence,” UNAMA head Tadamichi Yamamoto said in a statement. “It is absolutely imperative for all parties to seize the moment to stop the fighting, as peace is long overdue.”

UNAMA attributed most of the civilian casualties caused in 2019 to anti-government forces. Of the nearly 1,700 deaths and nearly 4,800 injures attributed to these groups, 76% were blamed on the Taliban, which is about a quarter jump from the previous year.

Attacks attributed to the Islamic State group, the second major anti-government organization in Afghanistan in recent years, dropped by 44% last year compared to the year before, resulting in about 300 civilians killed and over 900 injured, UNAMA said.

ISIS has been one of the main groups targeted by the U.S. military’s counterterrorism mission in Afghanistan and was denied key terrain in 2019. In November, President Ashraf Ghani said ISIS has been “obliterated” from the country. However, the group still has thousands of fighters in Afghanistan, according to the latest military estimates.

Pro-government forces — which include the U.S. military — caused over a quarter of all civilian causalities last year: 1,473 killed and 1,460 injured. The combined total is the highest number attributed to pro-government forces since UNAMA began systematic documentation a decade ago.

UNAMA said International military forces — a term largely synonymous with the U.S. military, which is the only foreign military officially conducting combat operations in Afghanistan — caused nearly 660 civilian deaths and 320 injuries last year, an overall increase of about 20% from the previous year.

These were largely the results of airstrikes, which caused a record number of casualties in 2019, surpassing the previous highest-ever tally recorded the year before, UNAMA said.

Airstrikes were named the third-leading cause of civilian casualties in 2019, behind homemade bomb attacks and ground engagements.

A ramped-up bombing campaign has been part of the Trump administrations strategy for pushing the Taliban to the negotiating table and maintaining leverage in ongoing peace talks. The Taliban have also seen violence as their main source of leverage, according to analysts.

If a seven-day period of reduced violence that began Saturday is successful, it could lead to the U.S. signing a peace deal with the Taliban on Feb. 29, officials on both sides have said. That would pave the way for intra-Afghan talks that would focus on, among other things, reaching a permanent cease-fire.

“Everyone will be happy if peace finally comes,” said Karimullah, 41, who like many Afghans has one name.

Several members of the Karimullah’s family were among dozens of civilians killed in a mosque explosion in eastern Nangarhar province in October.

“You can’t imagine how sad we were, no one wanted to eat or drink for days because of this nightmare,” Karimullah told Stars and Stripes. “We are ready for peace. Continued fighting will only bring more destruction.”