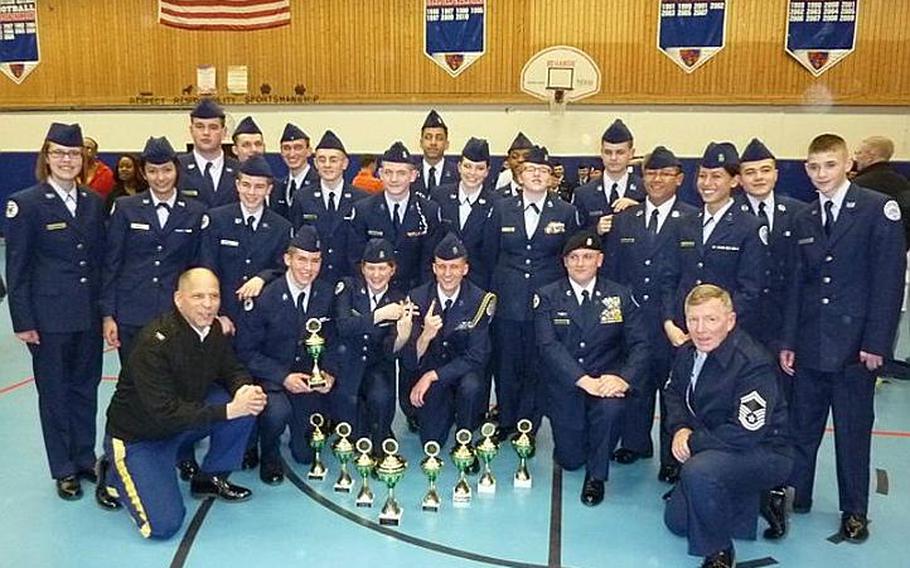 Members of the Junior Reserve Officers&#39; Training Corps drill team at Wiesbaden High School pose with their instructors after winning the annual drill competition for all Navy and Air Force ROTC programs in the Department of Defense Dependents Schools in Europe last weekend in Ramstein, Germany. (Photo courtesy of Holly Strout)

The competition is guaranteed to have a new winner next year: Wiesbaden will switch from an Air Force-affiliated JROTC program to an Army program next year.