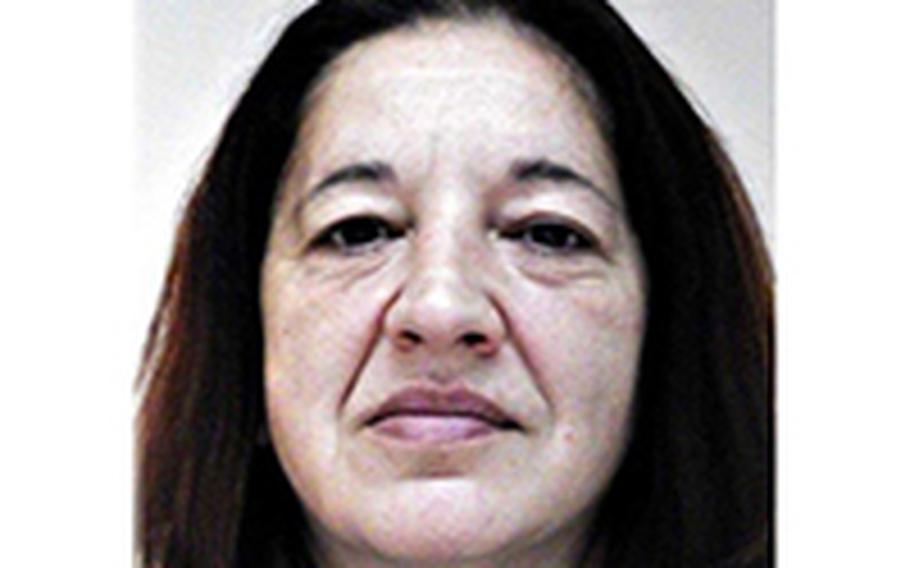 Police have identified the woman found dead in December near the city's shopping mall as Diana Bodi, from Ozd, Hungary. Investigators are still looking for witnesses, including Americans in Kaiserslautern and Stuttgart, where Bodi was thought to have spent time, to help them move forward with her case. (Rheinland-Pfalz Police)

KAISERSLAUTERN, Germany — German police are asking residents of Kaiserslautern and Stuttgart, including members of the U.S. military community, to help them find the killers of a woman whose body was found in an alley near Kaiserslautern’s shopping mall in December.

Police identified the woman Monday as 48-year-old Diana Bodi from Ozd, an industrial town in northern Hungary near the border with Slovakia. She had traveled to Germany on Dec. 4 last year to work as a caregiver in Munich, but at the last minute declined to take the job for unexplained health reasons, a police statement said.

A missing person and murder investigations were launched after Bodi was found dead on Dec. 14. After getting no leads in Germany, the police broadened the scope of the investigations and found that Hungarian officials were looking for a woman matching Bodi’s description, Kaiserslautern police spokesman Bernhard Christian Erfort said.

It was unclear if she made it to Munich in December, but Bodi was believed to have spent time in Stuttgart last summer, he told Stars and Stripes Tuesday. She also spent time in Saarbruecken, about 45 miles southwest of Kaiserslautern, in August, according to Monday’s statement.

“We are not just looking for Americans in Kaiserslautern, but also in Stuttgart” to come forward, he said. “It could be that Bodi worked for an American family.”

A suspect was detained in Kaiserslautern just before Christmas but was later released, the statement said.

The police are also seeking leads about one or more people who were reportedly seen carrying a “large, long object” toward Stauboernchenstrasse, in the days before Bodi was found. The object may have been carried over someone’s shoulder or in a wheelbarrow or shopping cart, the statement said.

Anyone who saw something fitting that description within a half-mile radius of Stauboernchenstrasse should contact the Kaiserslautern criminal police at 0631 369 2620, or leave an anonymous tip at 0152 1197 0863, it said.