US troops to celebrate Passover, Easter in-person and virtually 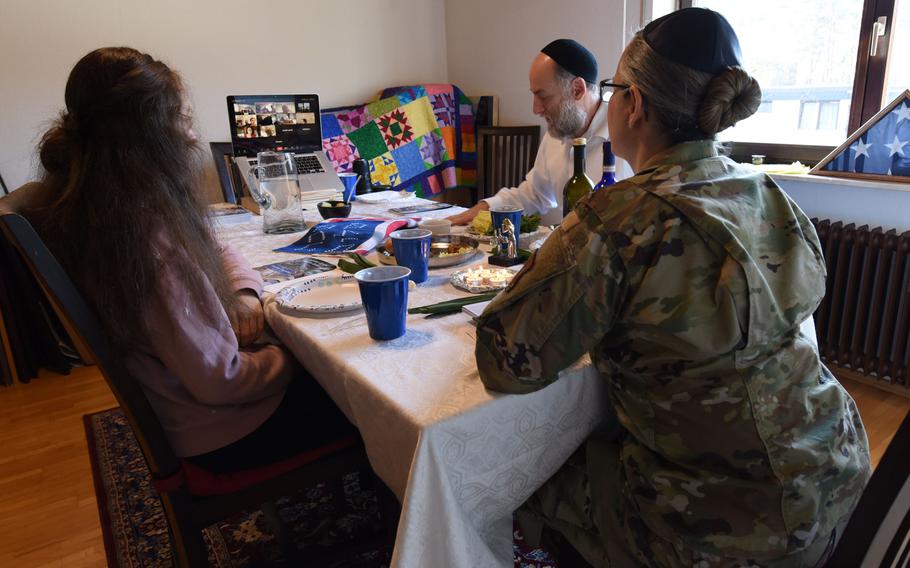 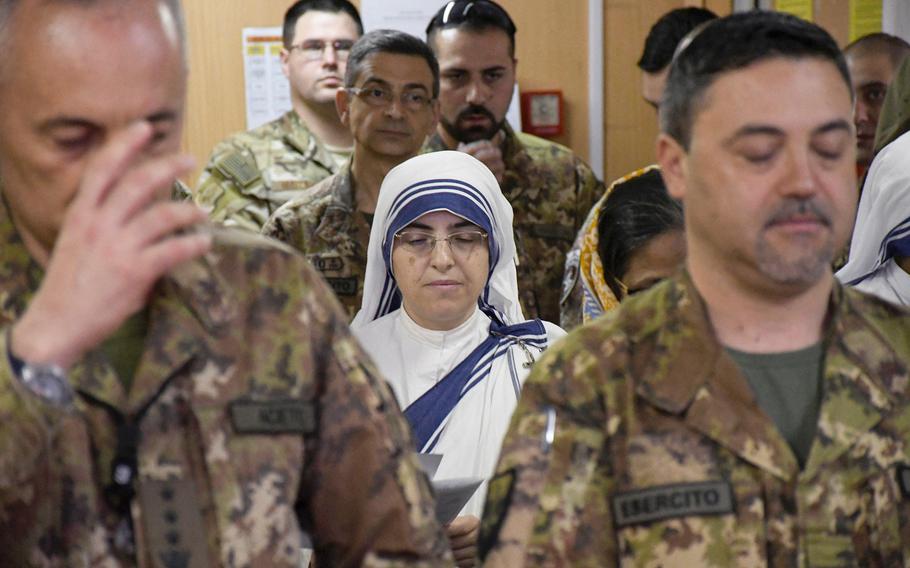 Buy Photo
Nuns and U.S. service members attend Easter Mass at Resolute Support Headquarters in Afghanistan, in April 2019. A year after the coronavirus led to many celebrations of Easter and Passover being canceled, U.S. military chaplains around the world will mark the Christian and Jewish holidays through in-person and online services. (Phillip Walter Wellman/Stars and Stripes)

U.S. military chaplains and communities around the world are preparing to mark Easter and Passover, a year after the coronavirus led to many celebrations of the Christian and Jewish holidays being canceled.

Passover Seders — the ritual meals filled with foods symbolizing Egyptian enslavement and the deliverance of the Israelites from bondage — will be held in “every major time zone and area of responsibility,” Sean Urban, an operations officer with U.S. Army Garrison Italy, said in an email.

On Saturday, service members of all faiths will be able to take part in Seder meals at Ramstein Air Base in Germany, U.S. Naval Station Rota in Spain and Army Central’s Camp As Sayliyah in Qatar.

Ramstein’s Jewish chaplain, Maj. Sarah Schechter, had hoped to hold a small, in-person Seder but opted for a virtual Seder after German officials requested that religious services and celebrations be conducted virtually, as new coronavirus infections soared in the country.

“All are welcome to attend the Zoom Seder,” Schechter told Stars and Stripes, adding that she organized the celebration “because I can’t bear the thought of people who are living by themselves doing a Seder alone or with just one other person – again.

“Many are feeling crushed by the loneliness … there is a great need for public connection. The Passover Seder provides that connection,” she said.

At installations that don’t have Jewish chaplains, such as Naval Support Activity Souda Bay in Greece and Naval Air Station Sigonella in Italy, Jewish service members and families are either being referred to virtual Seders or local celebrations.

Christian services will be held at both bases under strict health and safety guidelines, said Souda Bay spokeswoman Carolyn Jackson and Lt. Karl Schonberg, a spokesman for Sigonella.

Sigonella is returning to in-person celebrations this year after moving all Easter services online in 2020, Schonberg said. Italy was hit hard by the first wave of the coronavirus and went into nationwide lockdown in March last year. Services at the base will also be livestreamed this year, he said.

Among the changes this Easter, “all holy water fonts, missals, Bibles and hymnals have been removed … and offering plates are placed at the front to eliminate surface contact,” she said in an email.

No Seder will be held at Naval Support Activity Bahrain, but services will be held throughout Easter week for Roman Catholics, Orthodox and Protestants in the base chapel, spokesman Lt. Nick Spaleny said. All celebrations were virtual last year, he said.

Attendance at the services will be limited to 50 people, and seating in the chapel has been set at least six feet apart to allow for distance between worshippers, Spaleny said.

Those wishing to attend services will have to sign in when they arrive at the chapel, have their temperature checked and use hand sanitizer before entering, and wear face coverings during Mass.

Maj. Andrew Shulman will host an in-person Seder at Camp As Sayliyah in Qatar on Saturday, he told Stars and Stripes by email.

The Seder at the Army base and other in-person Passover events around the world are likely to be “on the smaller side” and are open to all faiths, Shulman said.

“Based on experience, fully a quarter to a third may not be Jewish,” he said.

Next week, Shulman will take part in a historic Passover linkup with Al Udeid Air Base in the United Arab Emirates that will include the Association of Gulf Jewish Communities. The UAE was one of four Arab countries to recognize Israel last year, along with Sudan, Morocco and Bahrain.

Officials in Afghanistan did not immediately reply to a query about whether they would be holding a Passover Seder or in-person Easter services. In the past, Seder dinners have been held at bases in Afghanistan, and Jewish chaplains have helped service members there celebrate the Jewish new year and Yom Kippur.

Technology has made it possible to include service members in the farthest corners of the world in religious celebrations, said Rabbi Irving Elson, a retired Navy captain who is now the director of the JWB Jewish Chaplains Council, which helped to organize many of the Seders at overseas bases.

But “as wonderful as Zoom is, it’s no substitute for in-person,” he said.