US Navy in Barents Sea for first time since 1980s, as Russian activities mount in the Arctic 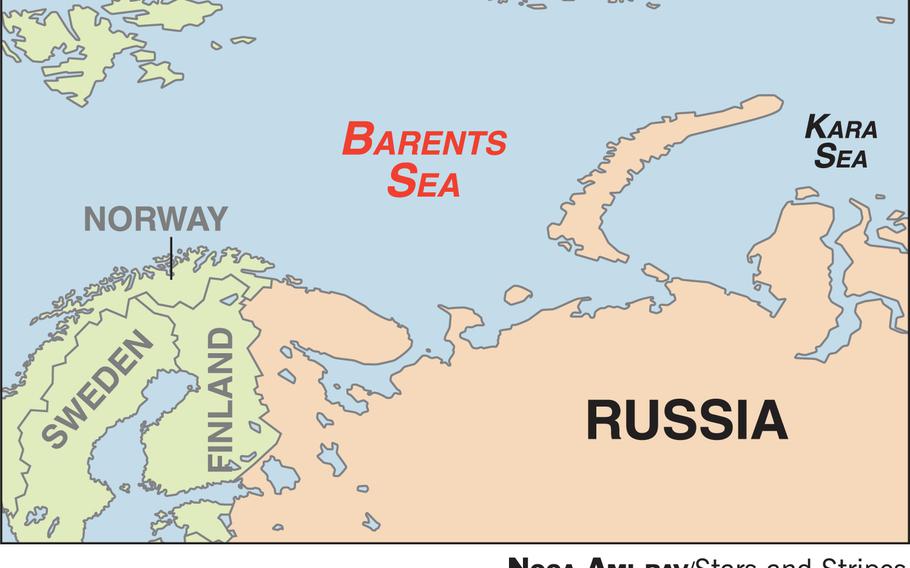 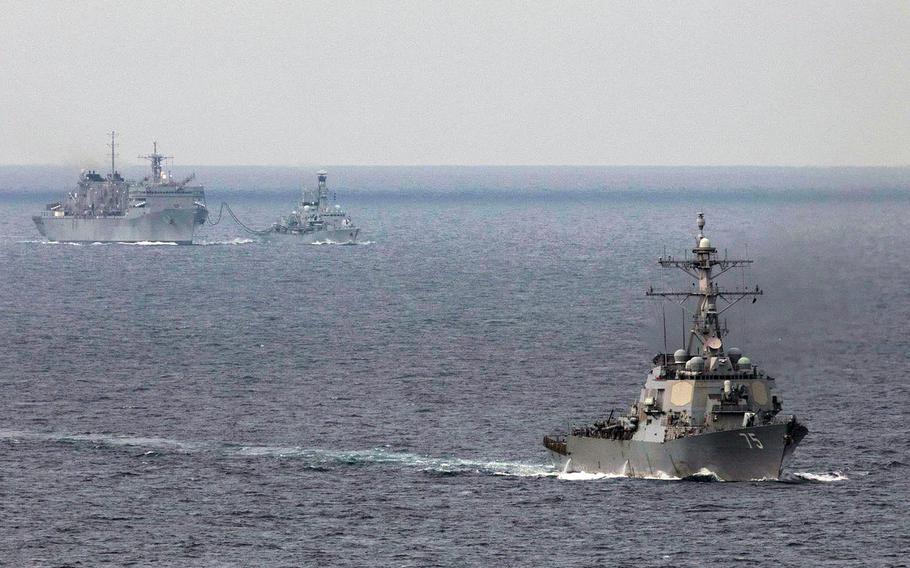 The USS Donald Cook, foreground right, sails ahead of the fast combat support ship USNS Supply, left, and the U.K. Royal Navy frigate HMS Kent during an exercise in the Arctic Circle on May 3, 2020. (U.S. Navy) 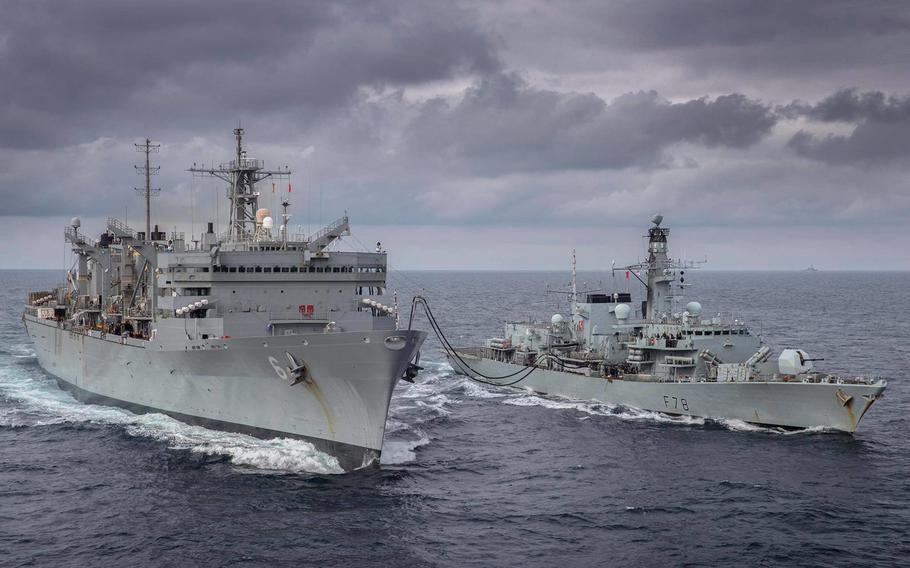 The Royal Navy's HMS Kent, right, takes part in a replenishment-at-sea with fast combat support ship USNS Supply during an exercise with the U.S. Navy in the Arctic Circle, May 3, 2020. (Lauren Spaziano/U.S. Navy) 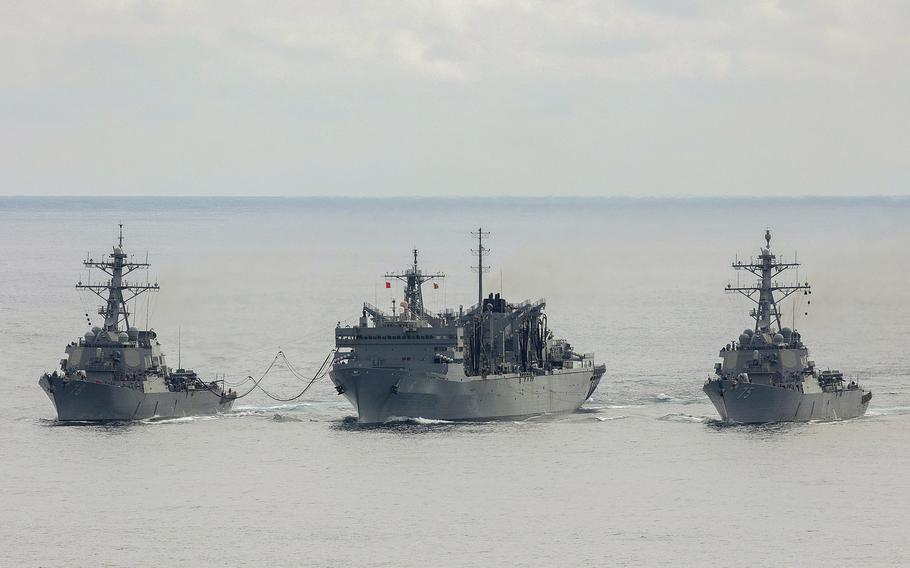 Four U.S. Navy warships were operating Monday in the Barents Sea, marking the first time naval surface ships have maneuvered in the Arctic waterway north of Finland and Russia since the Cold War, the service said.

“In these challenging times, it is more important than ever that we maintain our steady drumbeat of operations across the European theater, while taking prudent measures to protect the health of our force,” U.S. 6th Fleet commander Vice Adm. Lisa Franchetti said in a statement. “We remain committed to promoting regional security and stability, while building trust and reinforcing a foundation of Arctic readiness.”

The push above the Arctic Circle is part of a Navy effort to muscle up in a region where Russia has invested heavily in recent years and where China also has declared itself a power with economic interests.

“U.S. Navy surface ships have not operated in the Barents since the mid-1980s,” U.S. Naval Forces Europe said in a statement Monday. “Allied and partner navies must remain proficient in all operating environments to ensure the continued security and access to the seas.”

Countering Russia’s submarines has become a focal point for U.S. European Command. Over the years, Russia has modernized its undersea fleet and increased activity in the Arctic, drawing the attention of top U.S. commanders.

“That number would have grabbed the attention of Lieutenant Foggo at the height of the Cold War,” he said.

Russia has “taken an aggressive approach in the Arctic” and elsewhere, he added.

It was unclear how long the Navy’s destroyers would be operating in the Barents.

The Navy said it notified the Russian Defense Ministry of the maneuvers to “avoid misperceptions, reduce risk, and prevent inadvertent escalation.”