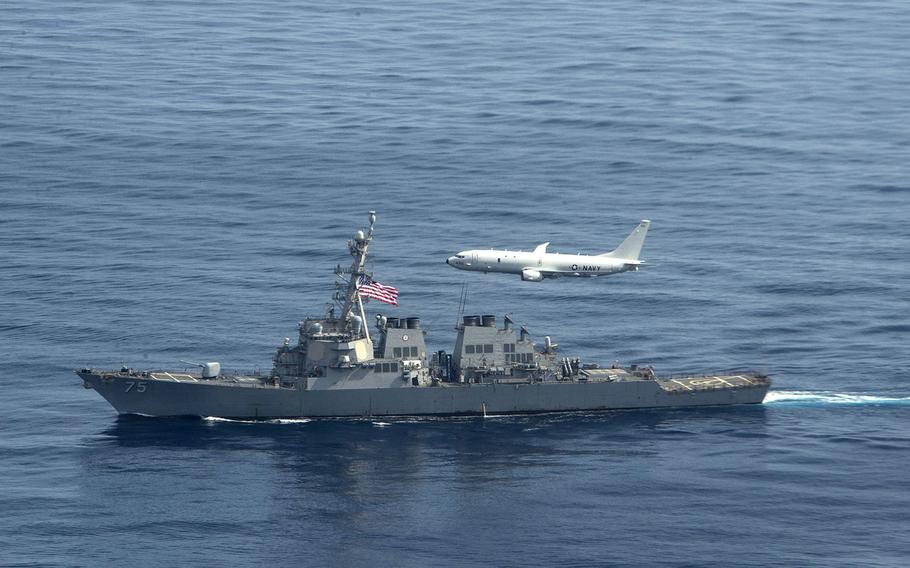 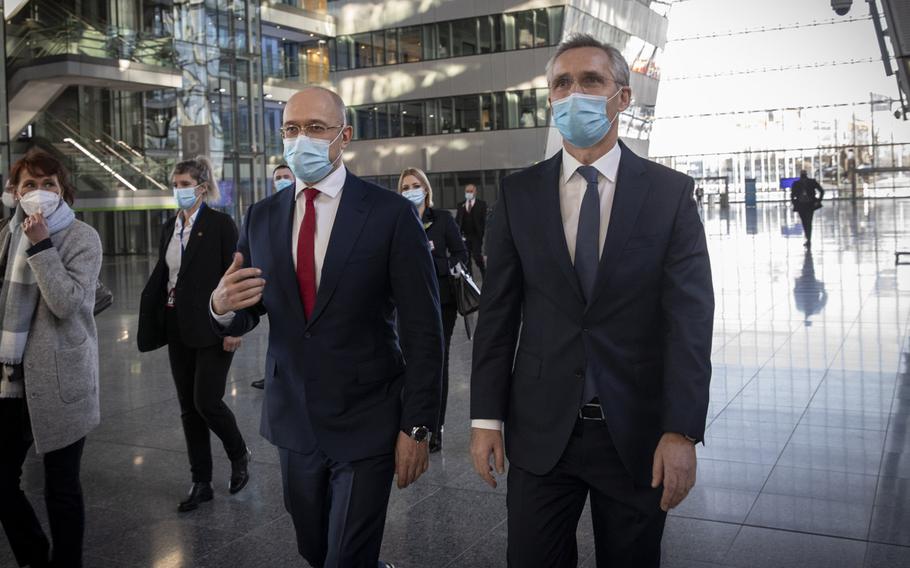 Ukrainian Prime Minister Denys Shmyha, left, meets with NATO Secretary-General Jens Stoltenberg at NATO headquarters in Brussels, Feb. 9, 2021. During the visit, Shmyhal said work will soon begin on two Ukrainian naval bases, one in the Black Sea and one in the nearby Sea of Azov. (NATO) 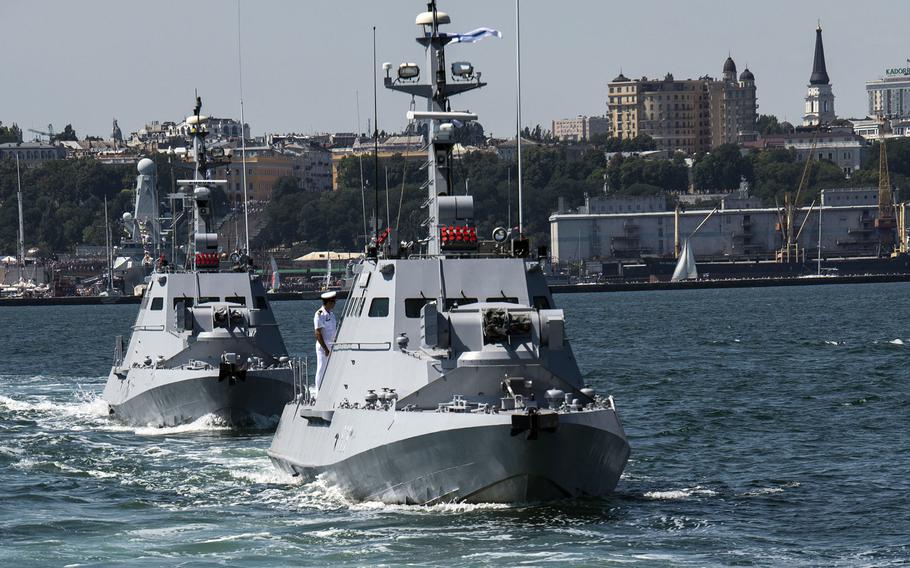 STUTTGART, Germany — Ukraine is moving forward with plans to build two new naval bases in the Black Sea region, an area of tension with Russia that may see greater U.S. military and NATO involvement this year.

One base will be built along the Black Sea and the other in the Sea of Azov, a linked waterway that has been a flashpoint between Russia and Ukraine, Prime Minister Denys Shmyhal said at NATO headquarters in Brussels on Tuesday.

The United Kingdom is “helping us financially” and work on the projects will begin soon, Shmyhal said.

The comments came during a joint news conference with NATO Secretary-General Jens Stoltenberg, who touted U.S. and alliance efforts in the region. The Black Sea is likely to be an area of focus when Defense Secretary Lloyd Austin takes part in his first NATO defense ministers’ meeting next week in Brussels.

“I think we have to understand that the Black Sea is of strategic importance for NATO and the NATO allies — our littoral states, Turkey, Bulgaria and Romania. And then we have two close and highly valued partners in the region, Ukraine and Georgia,” Stoltenberg said.

The Navy destroyers USS Porter and USS Donald Cook have been operating with allies and with Ukraine’s navy in the Black Sea since January. On Tuesday, both warships, along with a P-8A reconnaissance plane, joined with two Turkish frigates and F-16 fighters in an integrated surface, air and subsurface warfare drill. On Wednesday, the destroyers departed after 17 days, one of the Navy’s largest deployments in the Black Sea in recent years.

In other moves, the U.S. Air Force last month established a new enduring presence at the Campia Turzii air base in Romania, where MQ-9 Reaper drones are deployed to give allies a boost in surveillance capabilities over the Black Sea.

NATO’s Black Sea push comes amid concerns about Russia’s own military buildup and record of aggression in the region, most notably Moscow’s annexation of Ukraine’s Crimean Peninsula in 2014. In 2018, Russian forces opened fire on Ukrainian vessels in the Black Sea’s Kerch Strait and captured a number of sailors.

“We have seen a significant Russian buildup in the Black Sea, not least with the illegal annexation of Crimea, and also with more naval presence in the year,” Stoltenberg said.