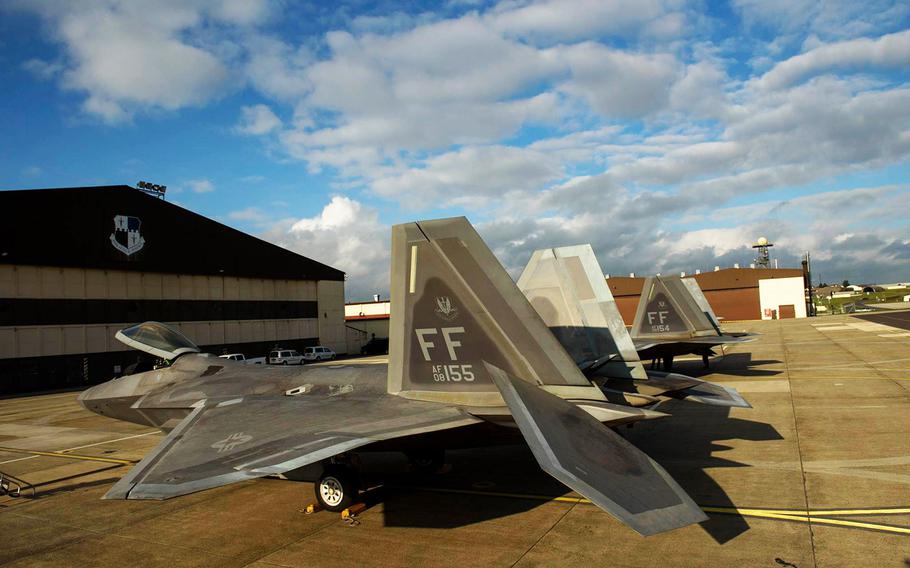 KAISERSLAUTERN, Germany — Military officials at Spangdahlem Air Base are investigating the deaths of two airmen found dead in a base dormitory room Thursday evening.

The airmen were found unresponsive at about 6:30 p.m. and pronounced dead 20 minutes later by emergency responders, officials with the 52nd Fighter Wing said in a statement.

“It is with a heavy heart that I inform you of the passing of two our airmen, who were found unresponsive in a dorm room yesterday,” said a message posted Friday by base leaders on Spangdahlem’s Facebook page. “It is difficult to lose valued members of our team. On behalf of Spangdahlem, the leadership team would like to extend our sincerest and heartfelt condolences to the friends and families that have been affected by this tragedy.”

The airmen’s names and other identifying information, such as their units, will be withheld for at least 24 hours after next of kin has been notified per Defense Department policy, officials said.

Military chaplains, mental health professionals, the Airman and Family Readiness Center and the Disaster Health Team were standing by to offer support to anyone struggling with the latest deaths to affect Spangdahlem, the statement said.

Bradley Reese Haile, 19, and Jacob Blackburn, 20, airmen first class with the 52nd Civil Engineer Squadron, died in a car crash on base on Sept. 30. The cause of the crash has still not been released.

In October, Staff Sgt. Tyler Mayfield, 33, a former crew chief at Spangdahlem died from injuries he received in a car crash in the States while headed to his next duty station at Holloman Air Force Base, N.M.