‘So many families have been targeted’: US troops say German tax officials are asking for sensitive personal information 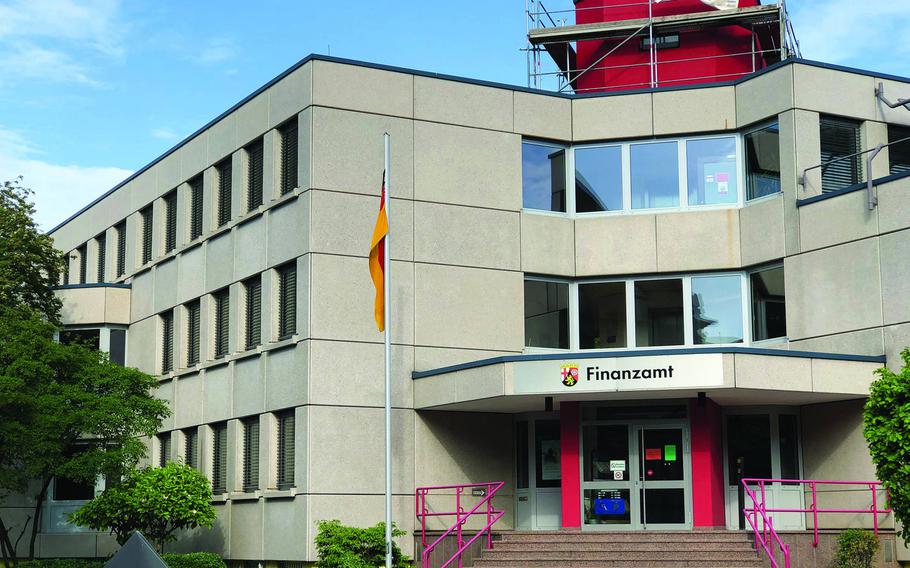 A questionnaire sent out by the tax office servicing the Landstuhl-Kusel region, pictured, seeks to to gather personal information about U.S. military personnel to build tax-liability cases against troops, service members and Defense Department civilians say. (Brian Ferguson/Stars and Stripes)

STUTTGART, Germany — German tax collectors are trying to gather personal information about U.S. military personnel to build tax-liability cases against troops, and U.S. European Command appears to be OK with that, service members and Defense Department civilians have said.

Among the information members of the large American military community in Germany have been asked to provide to German tax officials are detailed job histories, real estate holdings and names of associates.

A questionnaire sent out by the Landstuhl-Kusel tax office, which covers an area near Ramstein Air Base, asked about property owned by service members at home or abroad, and who lives in it; if their children ever attended a German school, travel dates to Germany over the years, and whether and when a couple lived in a foreign country. The questionnaire, which was provided to Stars and Stripes by a military family who received it, seeks the kind of personal information service members are urged in military training to safeguard.

Asked whether personnel should answer the questions, EUCOM declined to answer, saying only that those affected should consult an attorney.

U.S. Army Europe, which oversees Status of Forces Agreement matters in Germany, has said it, too, will not get involved in individual cases.

But the U.S. military has spoken out against attempts by German tax offices to collect income tax from members of the military community — which includes active duty service members, Defense Department civilians, teachers and contractors — saying this violates the SOFA, designed in part to shield members from double taxation. 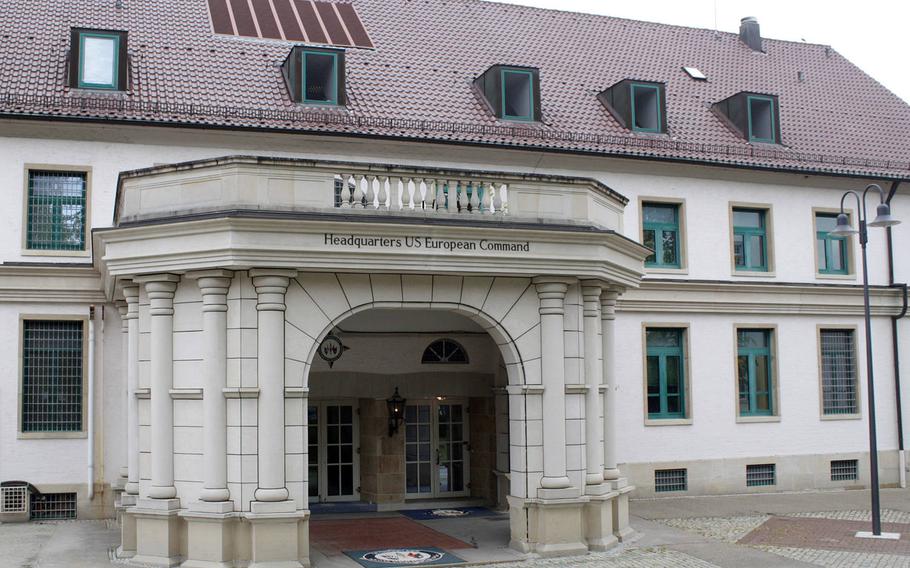 U.S. European Command has said military personnel who receive a questionnaire from German tax officials should consult an attorney. The questionnaire, which asks about property owned by the member, if their children ever attended a German school, travel dates to Germany over the years, and whether and when a couple has lived in a foreign country, is an attempt to gather personal information about U.S. military personnel to build tax-liability cases against them, troops and Defense Department civilians say. (John Vandiver/Stars and Stripes)

U.S. troops and military civilians who have been hit with hefty tax bills and fines by German tax offices say they have been left to fend for themselves, without support from the military that sent them to Germany in the first place.

“I feel like EUCOM should be raising red flags,” said Air Force Master Sgt. Matthew Larsen, who is married to a German and has been targeted for months by the Landstuhl-Kusel tax office.

“We are not getting that support and are basically left to deal with this. We are not hearing anything from anyone at a higher level.” 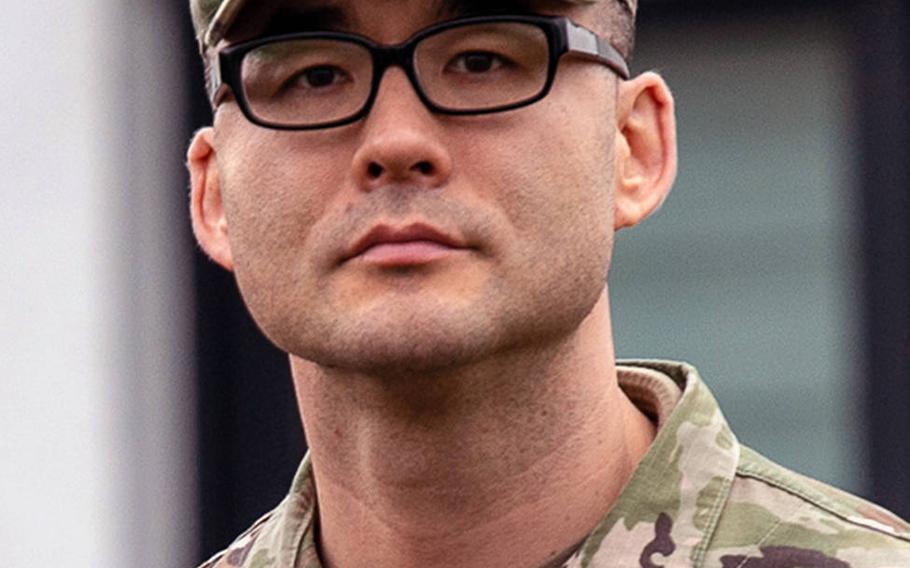 Air Force Master Sgt. Matthew Larsen, who has been targeted by the tax office in the Landstuhl-Kusel area, plans to leave Germany with his family after he retires in the coming months. (Brian Ferguson/Stars and Stripes)

The questions being asked by the tax authorities are part of an attempt to determine if a service member or military civilian is in Germany solely for their job, and if they intend to return to the U.S., German officials have said.

A service member or Defense Department civilian who extends their tour, marries a local, buys a car with German specifications or does anything else that suggests special ties to Germany could be liable for taxes on military pay they’ve received while in the country, the Germans argue. Benefits such as housing allowances have been factored into the often massive German tax bills received by Americans.

To avoid being taxed, service members and civilians must prove to the German authorities that they have a “willingness to return” to the U.S. But there are no established legal criteria to define that willingness, and German tax offices have decided on a case-by-case basis to waive or impose taxes.

An Army spouse, whose family, like Larsen’s, attracted the attention of the tax collectors in Landstuhl, argued that the Germans are not entitled to the information they’re seeking.

“It could jeopardize my spouse’s career,” she said, asking not to be named for financial security reasons. “We don’t know who else could have access to this sensitive information.”

She also said it was upsetting that “the military leadership has no interest in solving this big problem.”

“So many families have been targeted already by the tax office and we’re talking about a lot of money — money most people don’t have.”

Paola Berdecio, a DODEA teacher now working in Bahrain, is one of those people.

Three years ago, she and her husband, also a DODEA teacher, settled a $180,000 tax bill from the Kaiserslautern tax office and left Germany for good.

“How we got targeted in the first place is still a mystery,” she said. “We were pretty much treated like criminals and were ruined financially.”

Greg Evans, a SOFA-protected contractor with the University of Maryland’s overseas campus for the military community, has spent $10,000 on legal fees after the Landstuhl-Kusel tax office in February hit him with a $195,000 tax bill. He had left his job in Kaiserslautern months earlier and moved to Japan, proof, he says, that he had no intention of staying in Germany.

“They did not explain how they came up with this ridiculous fine,” Evans said. “Airmen, soldiers and contractors when assigned to Germany should not live in fear of being found out by the local tax authorities.”

In September, the U.S. Embassy in Berlin said Germany’s attempts to collect taxes from the military community violated the SOFA. The Defense and State Departments have become involved in the matter, embassy officials said.

Military personnel have set up a private online group to share information — and horror stories — about their dealings with German tax officials. The group has nearly 300 members. Larsen, one of its founders, said being pursued by the German tax authorities takes a heavy emotional toll.

His wife has applied for U.S. citizenship and the family plans to leave Germany when Larsen retires in the near future from his Air Force job at Ramstein Air Base, he said.

“There is an array of things people are going through,” Larsen said, warning other Americans to think twice before accepting a job in Germany.

“God forbid somebody has their savings wiped out because of this and it totally destroys them.”