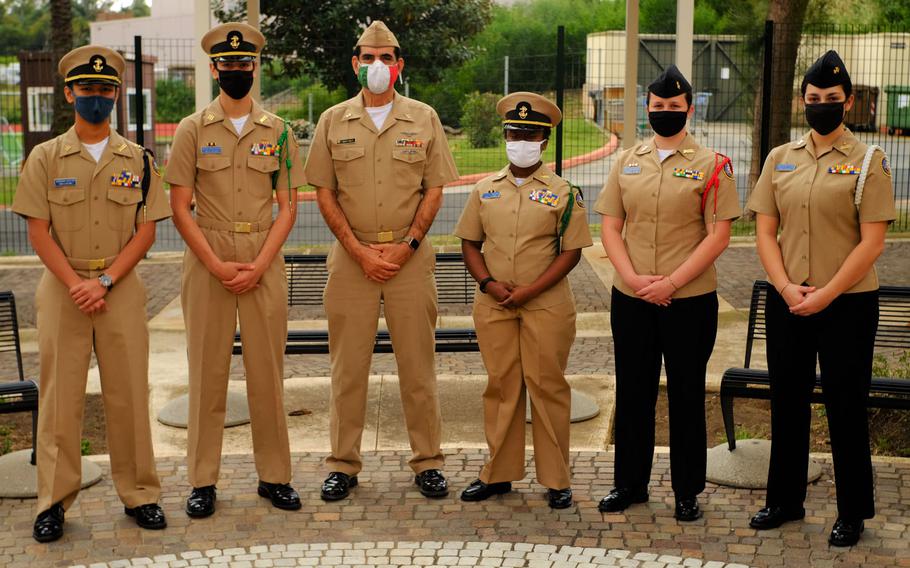 They’re not the biggest, but they might be the brightest.

A five-member team from Sigonella High School has taken top prize in the 2021 Navy Junior Reserve Officer Training Corps academic competition for the first time in the school’s history.

Seniors Eliza Moore, Noah Bachicha and Katherine Payne, junior Norman Nguyen and sophomore Allison Havard made up the team. Each had to take an online test in March with 70 questions featuring an array of general academic and Navy-specific topics.

“This is a big deal for any program,” said Victor Martinez-Frias, who runs the program at the school. It’s even more significant at Sigonella because it has the smallest program in the Navy with only 31 students, he said.

Moore, who plans to study political science at Duke University this fall, said the test felt similar to taking the SAT.

She credited her team’s success to “a lot of studying, a lot of talking to each other, quizzing each other and just putting in the work. It was a total team effort.”

Like other members of the team, Moore had never taken the test before. The school gives that opportunity to different students each year, Martinez-Frias said.

Sigonella, part of an NJROTC area that includes Italy, Spain and the northeastern U.S., has entered the competition every year since 1996.

There are 10 other NJROTC areas, with those from Japan and Guam grouped with states from the northwestern United States.