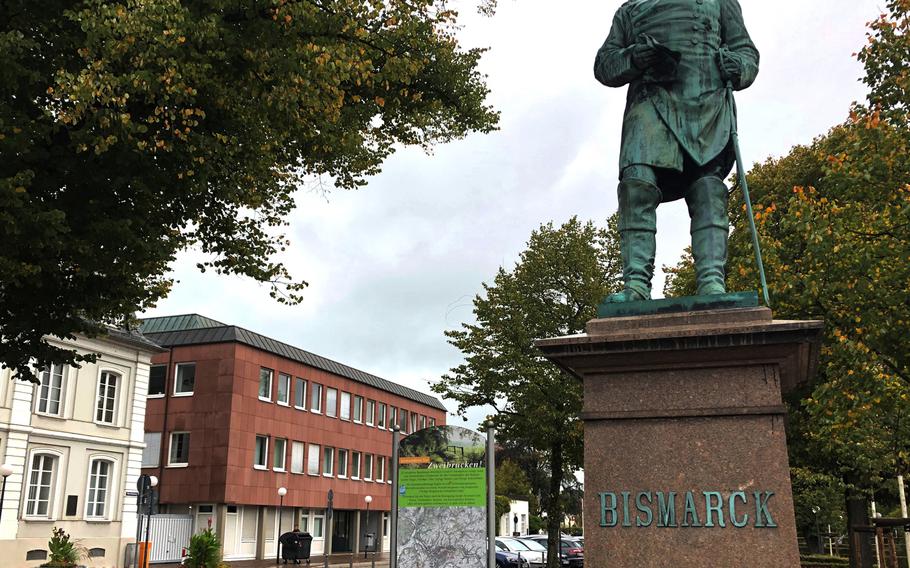 The last of four men who attempted in February to force their way into the Landstuhl home of an American family to rob them was sentenced to prison on Thursday, Dec. 19, 2019, at the red brick courthouse in Zweibruecken, Germany, seen here. ()

ZWEIBRUECKEN, Germany — The last of four men who tried to force their way into an American family’s home in Landstuhl to rob them was sentenced Thursday under a strict German law that could see him spend the rest of his life in prison.

“What you did put the (American) family in grave danger,” Judge Susanna Thomas said after sentencing August Mettbach, 62, to five years in prison with concurrent drug and alcohol rehabilitation programs. At the end of his prison term, Mettbach will be placed under preventive detention, or “Sicherungsverwahrung,” a strict regimen that requires convicted criminals to be regularly assessed to determine if they are still a menace to society.

“You spent so many years in jail but always returned to crime after being released,” the judge said. “Everyone can decide to change the path they’re on in life but you always chose to return to crime. “

Mettbach, who has spent half his life in prison, presented “a high risk for committing more violent crime in the future,” Dr. Sergiy Davydenko, head of the forensic psychiatry and psychotherapy department at the University Medical Center Mainz, told the court days earlier.

Because of his long criminal record, Mettbach had been tried separately from two other men, who earlier this month were sent to prison for 4 1/2 and five years in connection with the violent attempted burglary.

Given Mettbach’s poor state of health — he has a heart condition, asthma, a lung disorder and hepatitis C, the court was told — he is likely to spend the rest of his life in detention, Berg said.

Along with two of his brothers and a fourth man, Mettbach went to the Americans’ house in Landstuhl on an evening in February with duct tape, zip ties and a loaded air gun, after hearing from moving company workers that the family had high-value objects in a safe, the court heard in earlier hearings.

The American father fought back when the men tried to force their way into the home and stopped three of them. But one of Mettbach’s brothers forced his way through the door and ran upstairs, where he assaulted the American mother.

After slamming the door on Mettbach and the two others, the father, a former Air Force major now working as a civilian for the military, grabbed a kitchen knife and ran upstairs, where Heinz Mettbach was holding his hand over the mouth of the American mother to try to silence her.

The marks around the mother’s mouth indicated that the force the suspect was applying could have led to her suffocating, medical experts told the court.

Two of the family’s young children watched everything from a hiding place, the court was told in an earlier hearing.

The father scuffled with Heinz before chasing him down the stairs and out of the house. During the scuffle, the home invader was stabbed. He died shortly afterward of his wounds.

August Mettbach complained during one of his sessions with Davydenko that he wasn’t able to sleep “because ‘when I close my eyes, I still have the image in my head of my brother bleeding to death in the car,’” the psychiatrist said.

A German court ruled in May that the American father acted in self-defense and did not charge him.