Rota to gain two US destroyers by middle of the decade, EUCOM chief says 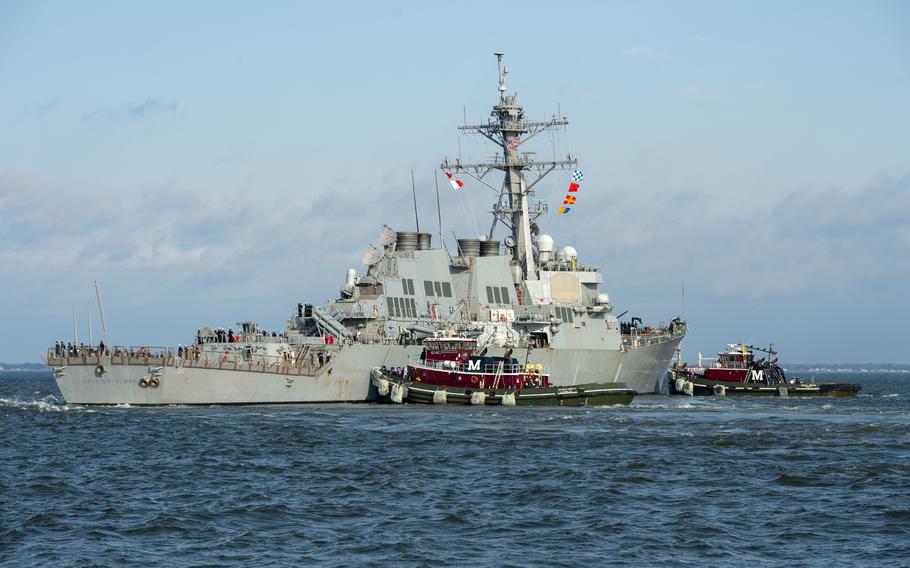 The destroyer USS Arleigh Burke gets underway from Norfolk, Va., en route to its new homeport in Rota, Spain, March 26, 2021. Gen. Tod Wolters, head of U.S. European Command, told the House Armed Service Committee on Thursday that two more destroyers are expected to be based at Rota by 2025 or 2026. (Kris R. Lindstrom/U.S. Navy)

STUTTGART, Germany — Two more Navy destroyers are expected to be based out of Rota, Spain, within the next few years, a move that will help U.S. European Command keep closer tabs on Russian submarines, the top U.S. officer on the Continent said Thursday.

The destroyers, which have been sought by EUCOM for at least five years, could be in Spain by 2025 or 2026, Gen. Tod Wolters said during testimony before the House Armed Services Committee.

The ships would join four other destroyers based at Rota and will improve EUCOM’s ability to “see under sea,” Wolters said.

A larger naval presence, and the Air Force’s new F-35 fighter jets, scheduled to be based in the United Kingdom later this year, will add both firepower and intelligence reach to EUCOM’s capabilities, Wolters said.

U.S. military officials have repeatedly raised concerns about increased Russian submarine activity stretching from the North Atlantic to the Mediterranean. The Russians have been especially busy in a strategic waterway gap near Greenland over the past three years, Wolters said.

The destroyers based out of Rota have played a large role in countering Russia. Last year, they patrolled as far north as the Barents Sea, a first since the Cold War.

Sixth Fleet warships also have upped their presence in the Black Sea in 2021, not far from where Moscow maintains its Black Sea Fleet. The destroyers “are the workhorses of deterrence,” Wolters said.

When Moscow annexed Ukraine’s Crimean Peninsula in 2014, Russia gained a stronger foothold in the Black Sea region. Wolters said Russia has made a “concerted effort” to build up there.

The Black Sea “is an area of increased policy focus” for the Pentagon, said Laura K. Cooper, deputy assistant secretary of defense for Russia, Ukraine and Eurasia, who also testified Thursday.