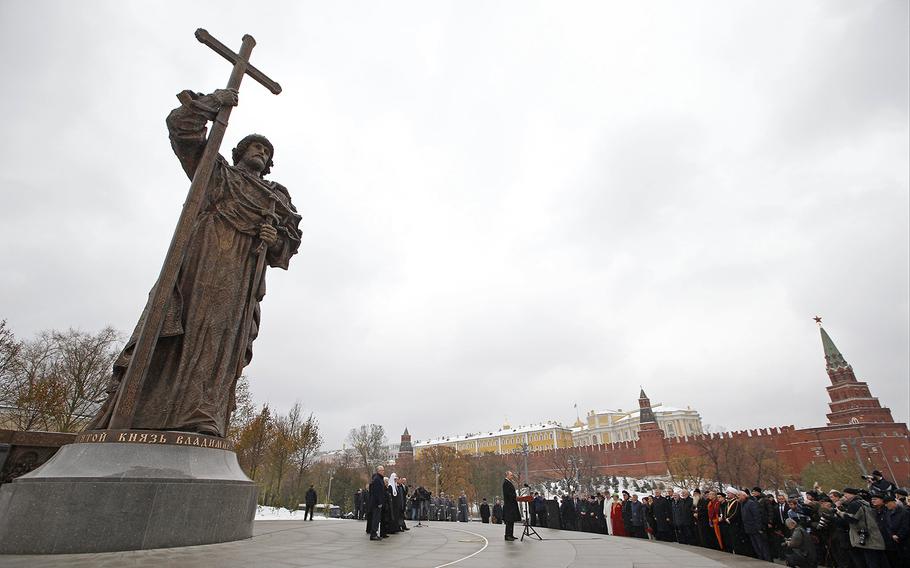 Russian President Vladimir Putin speaks at the unveiling ceremony of a monument to Vladimir the Great on the National Unity Day outside the Kremlin in Moscow, Russia, Friday, Nov. 4, 2016. (Alexander Zemlianichenko/AP)

MOSCOW — Russian President Vladimir Putin has led ceremonies launching a large statue outside the Kremlin to a 10th-century prince of Kiev who is credited with making Orthodox Christianity the official faith of Russia, Ukraine and Belarus.

In a speech by the 52-feet-tall bronze monument to Prince Vladimir, Putin said the medieval ruler was a "farsighted politician" who "laid down a moral foundation that defines our lives to this day."

The opening took place as Russia marks National Unity Day, a contemporary holiday that replaced the Soviet Union's annual celebration of the Bolshevik seizure of power in 1917.