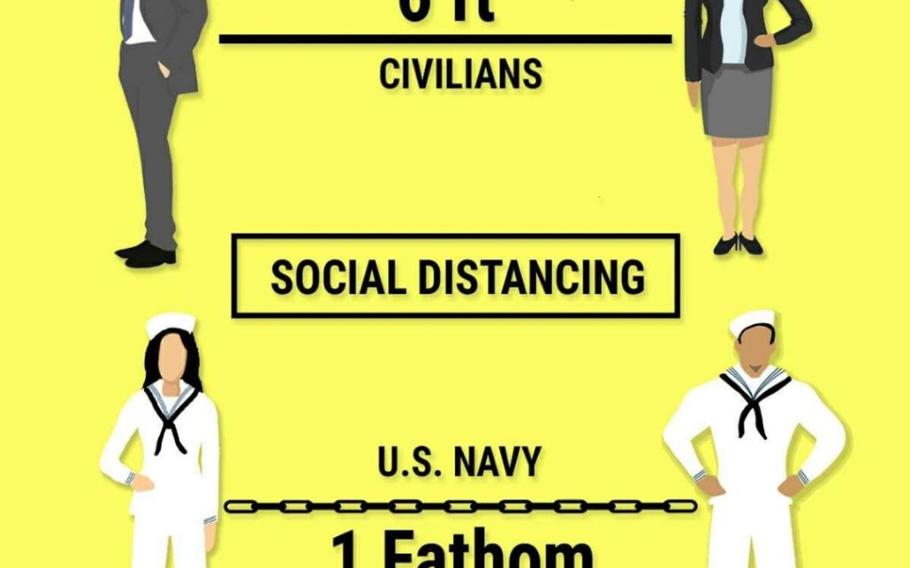 The distance people should maintain from one another during the new coronavirus pandemic varies among public health agencies and countries. The World Health Organization recommends at least a meter, or a little more than 3 feet, while the U.S. Centers for Disease Control and Prevention recommends at least 6 feet. The U.S. Navy says keep a fathom of distance. (U.S. Navy)

The distance people should maintain from one another during the new coronavirus pandemic varies among public health agencies and countries. The World Health Organization recommends at least a meter, or a little more than 3 feet, while the U.S. Centers for Disease Control and Prevention recommends at least 6 feet. The U.S. Navy says keep a fathom of distance. (U.S. Navy) 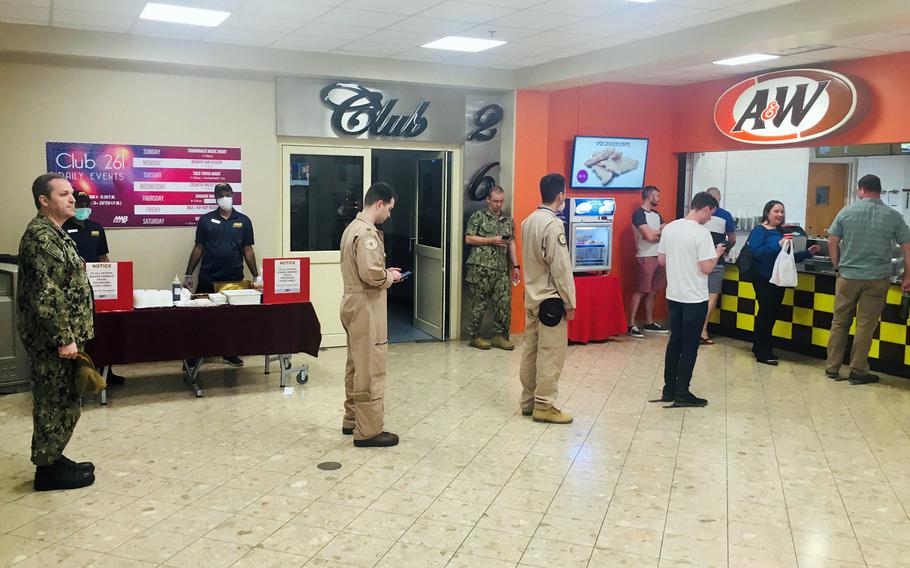 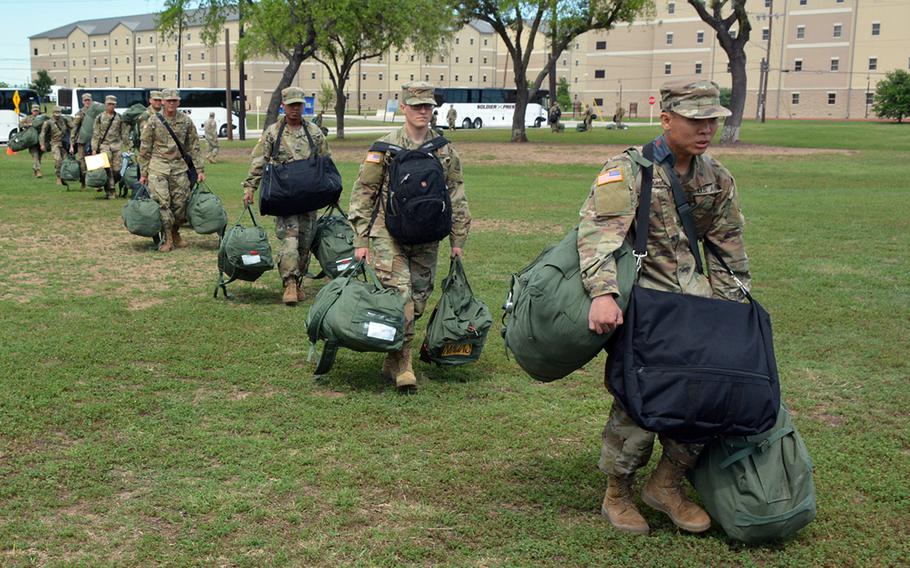 VICENZA, Italy — What’s a safe distance from others when attempting to avoid spread of the coronavirus?

The World Health Organization recommends at least a meter, or a little more than 3 feet. The U.S. Centers for Disease Control and Prevention recommends six feet. German and Australian authorities split the difference.

The recommendations are all based on long-standing scientific studies of how many respiratory viruses, including coronaviruses, are transmitted. Droplets, too little to see but most too large to float, travel by cough, sneeze or speech from the nose and mouth of an infected person to another person, or to surfaces.

“A single cough can release hundreds of droplets, a single sneeze thousands, at speeds of up to 50-200 miles per hour, each droplet containing millions of viral particles ... ,” said a 2013 paper published in the journal of the Istituto Superiore di Sanita, Italy’s public health authority.

But just how far droplets travel before gravity drags them down differs within the results of numerous studies of other viruses. World distancing guidelines have their grounding in those studies, rather than controlled results on the virus that causes COVID-19, which is too new for such a body of findings.

The CDC found that the SARS virus, which sickened more than 8,000 and killed at least 774 in 2002 and 2003, traveled up to 3 feet, its website says. But for COVID-19, “spread is more likely when people are in close contact with one another (within about 6 feet),” the CDC website says.

The CDC did not return emails and a phone call requesting comment on the distancing guidelines.

Meanwhile, a flu study found that a 3-foot distance limited the chances of contact with the virus, but wouldn’t prevent it in some cases.

The April 2013 study in The Journal of Infectious Diseases took air samples at 1 foot, 3 feet and 6 feet and found that 26 of 61 flu-infected patients released virus into the room’s air. How far it traveled varied and some patients released far more virus than others.

“We found infectious amounts of virus up to 6 feet from patients during non–aerosol-generating patient-care activities, predominantly in small particles,” the study said.

Some epidemiologists say smaller droplets can travel farther than that.

But in some areas, even maintaining a 6-foot distance may not be possible. The WHO is sticking with its 1-meter guideline.

“Individual countries are free to go beyond this, as some have and as they are free to do,” James Allworth, a WHO spokesman said in an email.

U.S. Army Garrison Italy started with a meter, the official Italian recommendation, and distancing designations in the base exchange reflect that.

“But at the end of the day, people are exceeding that,” garrison spokesman Jim Brooks said.

Guidance regarding the coronavirus changes frequently as more data comes to light. After weeks of saying healthy people should not wear face masks in public, for example, the CDC last week said people should wear cloth masks. That reversal was due to emerging data that many people infected with the virus have no symptoms.

Col. Rodney Coldren, chief of Preventive Medicine Services, Public Health Command Europe, said people should stay as far from others as possible — the farther, the better.