New US special operations site activated in heart of the Baltics 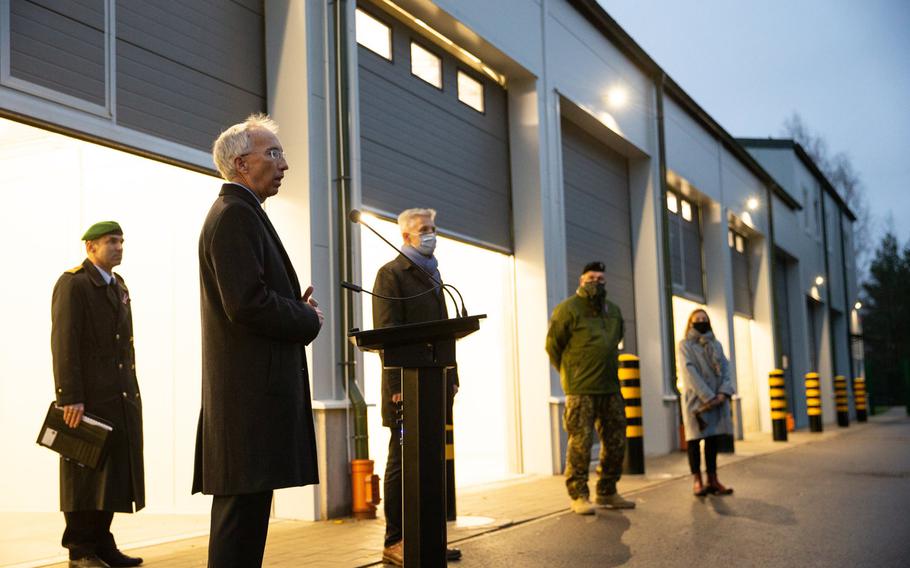 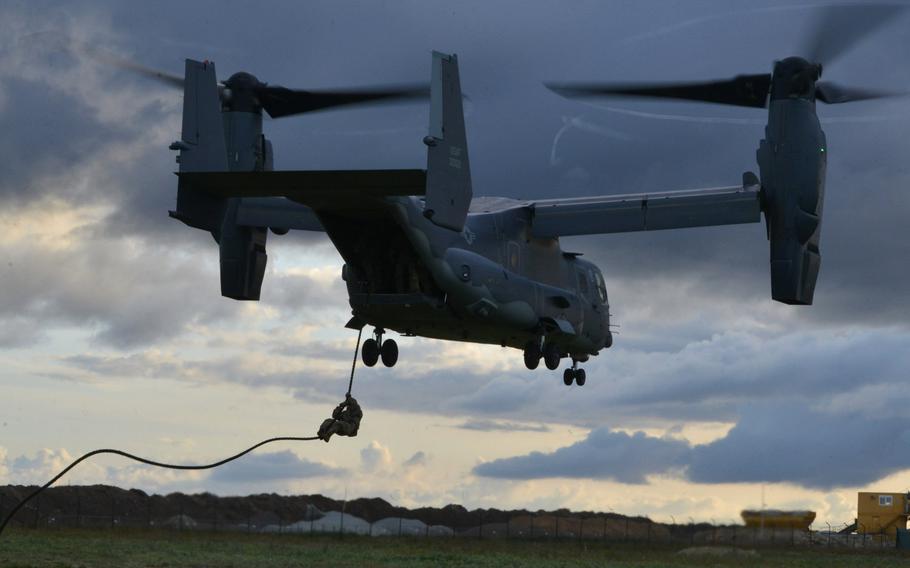 A U.S. Air Force CV-22 Osprey, assigned to the 352d Special Operations Wing, trains near Amari, Estonia, in September 2019. A new special operations site in Latvia that officially opened in November 2020 includes two helipads that can be used by the Ospreys. (Elizabeth Pena/U.S. Army)

STUTTGART, Germany — A new special operations site that will allow elite U.S. troops to expand operations in the Baltic region is up and running in the Latvian capital of Riga, military officials said Thursday.

The U.S. contributed $3.7 million to the project through the European Deterrence Initiative, the Pentagon program that funds efforts aimed at preventing Russian aggression on NATO’s eastern flank.

“This project, along with other important European defense initiatives, represents our continued commitment to our friend and ally, Latvia,” Lt. Col. Juan Martinez, a spokesman for Special Operations Command-Europe, said in a statement.

The site is the latest example of steady U.S. military investment in the Baltic region, where the Pentagon has spent hundreds of millions of dollars over the past five years to improve military infrastructure and allow more drills to be carried out.

The new base officially opened last week during a ceremony attended by U.S. diplomats and Latvian military leaders.

It includes a vehicle servicing facility, ammunition storage and two helipads for U.S. CV-22 aircraft from the United Kingdom-based 352nd Special Operations Wing. The assets are designed to allow special operations forces to move rapidly in and out of the area and conduct maintenance, Martinez said.

Another project nearing completion in Latvia is a facility that will increase the amount of gear and personnel that can move into the Baltic state for exercises, or in response to a crisis, Martinez said.

Another outlay in the region — $10.8 million in improvements to Estonia’s Amari Air Base, which were completed in July — has enabled U.S. Air Forces Europe and NATO to fly more fighter aircraft from the northernmost of the Baltic states.