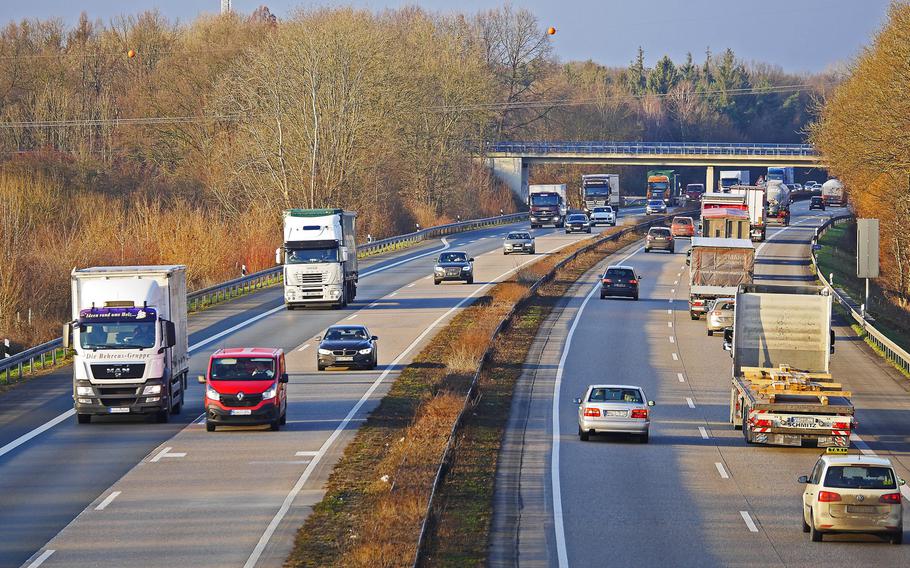 Several European countries that are home to American service members plan to toughen their traffic laws and increase fines for violations in 2020. (File photo)

KAISERSLAUTERN, Germany — Several European countries, including many that are home to thousands of U.S. service members, plan to toughen their traffic laws and to increase fines for violations next year, Germany’s ADAC roadside assistance provider says on its website.

Lawmakers in Germany will vote in February on a bill that would increase fines for drivers that block the right of way for emergency vehicles on highways.

Drivers in the left lane on German highways are required to move their cars as far to the left of the road as possible while drivers in the right lane must move right to create a center “lane” for ambulances and police to drive through. Failure to leave a lane could result in a fine of up to 320 euros.

Fines for double parking also are expected to go up from 20 euros to 80 euros in Germany if someone is endangered by the infraction, ADAC reported.

In Spain, fines are expected to rise from 100 euros to 300 euros for drivers who exceed the speed limit on country roads by more than 20 kph, or 12 mph, ADAC said. Speed limits in towns and cities are expected to be reduced from 50 kph to 30 kph, or 31 mph to 19 mph, although individual communities have the option to keep the current, higher speed limit.

Fines for using handheld cell phones while driving in Italy will be more than doubled from 165 euros to 400 euros, and drivers who get caught using their phones behind the wheel could have their licenses suspended for between seven and 30 days, ADAC said. Repeat violators of the cellphone rule could have their licenses suspended for up to three months.

Cars registered in Italy, including rental cars, must be fitted with alarms that sound when a child is left unattended in a car. Service members, family members and civilians who work for the U.S. military whose vehicles are registered through their installations with Armed Forces in Italy plates are exempt from the law, which came into force last month. But any dependents with Italian residency, U.S. military retirees and others who have cars registered through the Italian system would be required to use seats with alarms while transporting children younger than 4.