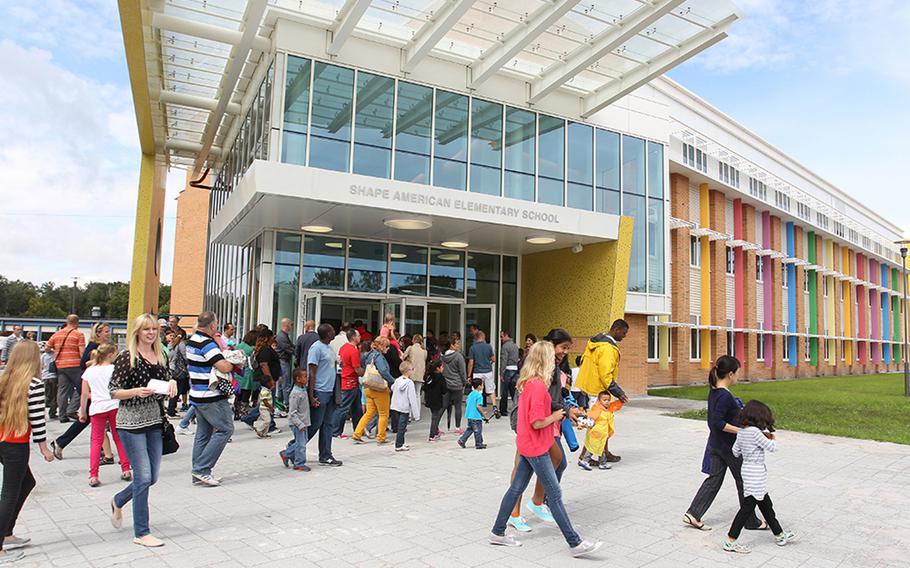 Two years in construction, the new SHAPE elementary and middle school opened in time for the start of the new school year this week, featuring state-of-the art technology and common areas for students to mingle.

The schools are equipped with high-speed wireless internet and smart boards that are integrated into the schools’ data network and can project lessons from a computer screen. There also is a video-broadcast studio.

“Safety and environmental sustainability were incorporated into the design of the facility, all grade levels are going to be housed together for the first time, and technology will continue to be a communication and productivity tool for both students and teachers,” said Bernadette Schlueter, the new elementary school principal, quoted in the release.

The opening of the facility is part of the $170 million project aimed at replacing aging SHAPE American and international schools, many of which had been in use since the 1960s when student enrollment was 1,400. Today’s enrollment numbers are nearly double that with the inclusion of SHAPE’s International School.

A new SHAPE High School is due to open in early 2015. It will have 28 classrooms, computer and science labs, a culinary arts room and an information center.

High school principal Chuck Fannin was quoted in the release as saying his teachers were excited after seeing the new elementary and middle schools and were impressed with the classroom design and technology.