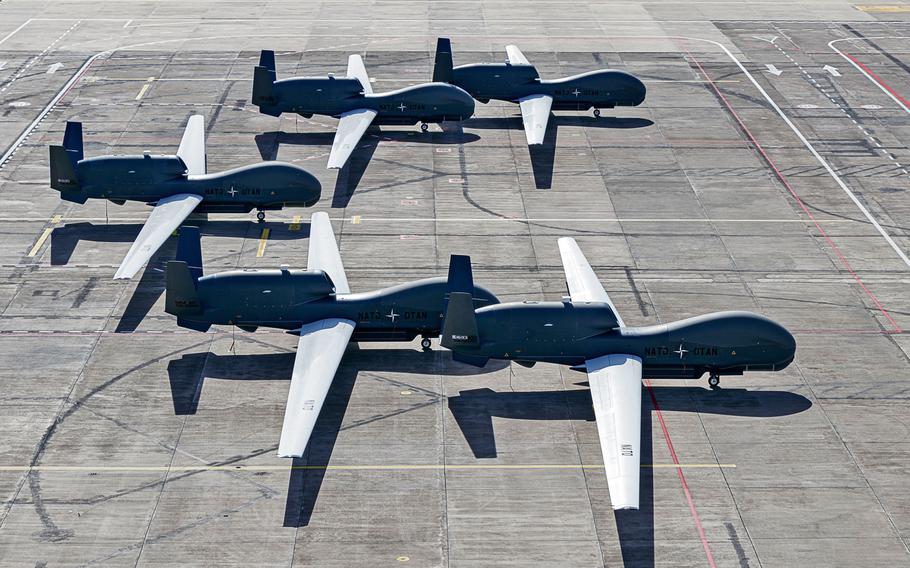 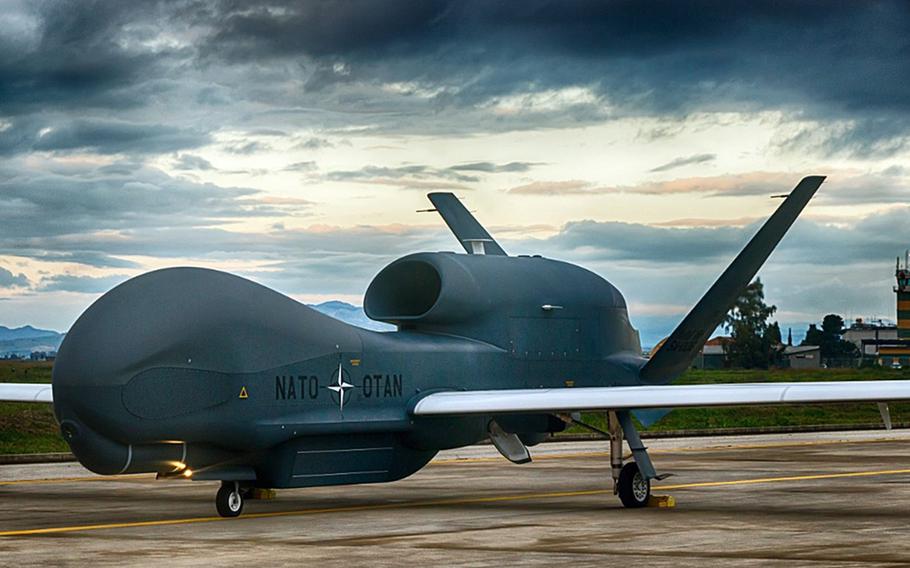 The addition of five Alliance Ground Surveillance aircraft based at Naval Air Station Sigonella in Sicily has been a decade in the making for the U.S.-led alliance.

“These are among the world’s most advanced reconnaissance drones, providing world-class intelligence, surveillance and reconnaissance to the Alliance,” NATO Secretary-General Jens Stoltenberg said Monday.

The RQ-4D unmanned aircraft, first ordered in 2012, is related to the U.S. Air Force’s Global Hawk Block 40 high-altitude and long-endurance drone, but modified to NATO specifications.

The remotely piloted craft can fly more than 30 hours at a time, which enables NATO to “cover the whole Euro-Atlantic area, from the High North to the Sahel, from the Middle East to the Atlantic,” Stoltenberg said.

“With five drones, we can monitor two regions around the clock,” he said. “They will enable us to monitor wide areas from the sky, providing a comprehensive picture of conditions on the ground at any time. They can even identify improvised explosive devices.”

Along with 14 Boeing E-3A Sentry early warning jets, the RQ-4Ds are among the few military assets owned by the alliance, rather than by its 30 member states.

The aircraft are available for alliance missions within NATO territory. The alliance can also send the drones beyond Europe’s borders if member states agree.

“Allies will determine what missions (the drones) can support, but I would expect most flights to be along the alliance’s eastern and southern borders,” Stoltenberg said.

In recent years, the military bloc has stepped up its reconnaissance and surveillance capabilities, especially in areas where NATO has been concerned about potential Russian aggression. The U.S. has attack drones based in Poland and also in January began an Air Force MQ-9 Reaper drone mission in Romania.