Nearly all military schools in Europe close over coronavirus concerns 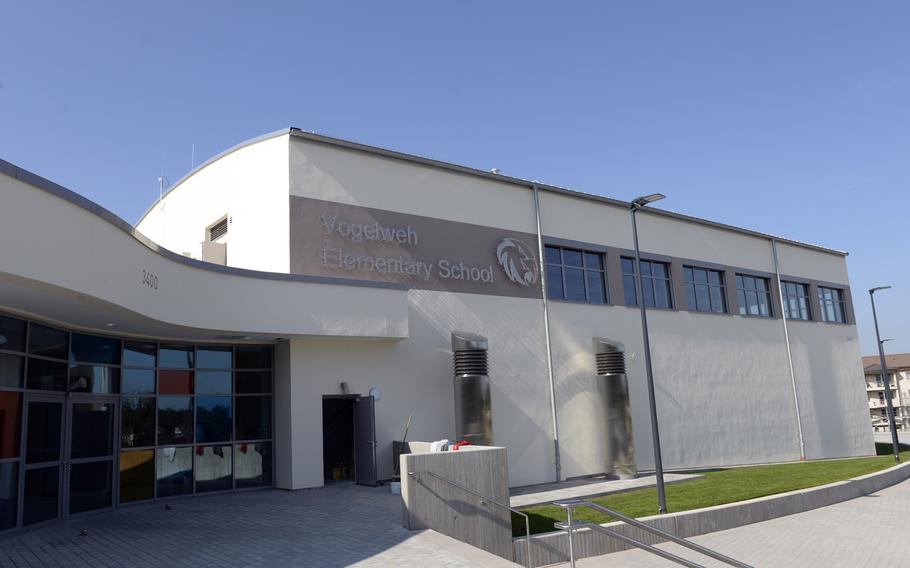 Vogelweh Elementary School and all other Department of Defense schools in Germany, Belgium and the Netherlands will be closed starting March 16, 2020, due to coronavirus concerns. (Brian Ferguson/Stars and Stripes)

Read more Stars and Stripes coronavirus coverage. All but a handful of the Pentagon’s 66 schools across Europe will be closed to students starting next week as a precaution to help curb the spread of the coronavirus, school and military leaders announced Friday.

Teachers and school administrators should report to the schools on Tuesday and continue to work, officials said.

DODEA schools in Italy and Bahrain had already closed over coronavirus concerns. Schools in Bahrain have been closed since Feb. 26th, and digital learning plans specific to each grade and teacher have been put in place for students. On Saturday, officials extended the closure until March 24th, in line with Bahraini schools.

Military schools in northern Italy, the epicenter of that country’s outbreak, have also been closed since late February. Schools at Naples and Sigonella in the south closed this week.

DODEA schools in the United Kingdom will stay open for the moment, Smith said.

The closures affect more than 24,000 students from pre-kindergarten through 12th grade.

No DODEA Europe students, teachers or other employees have tested positive for the virus, Smith said Friday.

The schools are implementing plans for “digital learning” and expect to implement them starting Thursday, DODEA Europe East District superintendent Steven Sanchez said in a note to parents Friday.

Online learning plans will differ for each school, depending on needs and capabilities, Sanchez said. “The expectation is that there will be at least two online live contacts with the teacher and students per class per week,” he said.

DODEA is continuing to closely monitor the coronavirus situation with military leaders, health officials and host nation partners, Smith said. No firm date has been set for the schools to reopen, he said.

The closures in Germany were announced hours after regional governments around Germany, including in areas with U.S. bases, said they were shutting schools as coronavirus infections continue to rise around the country.